CSU will next week launch The Front Line, a powerful video that explores the Indigenous student journey first-hand. 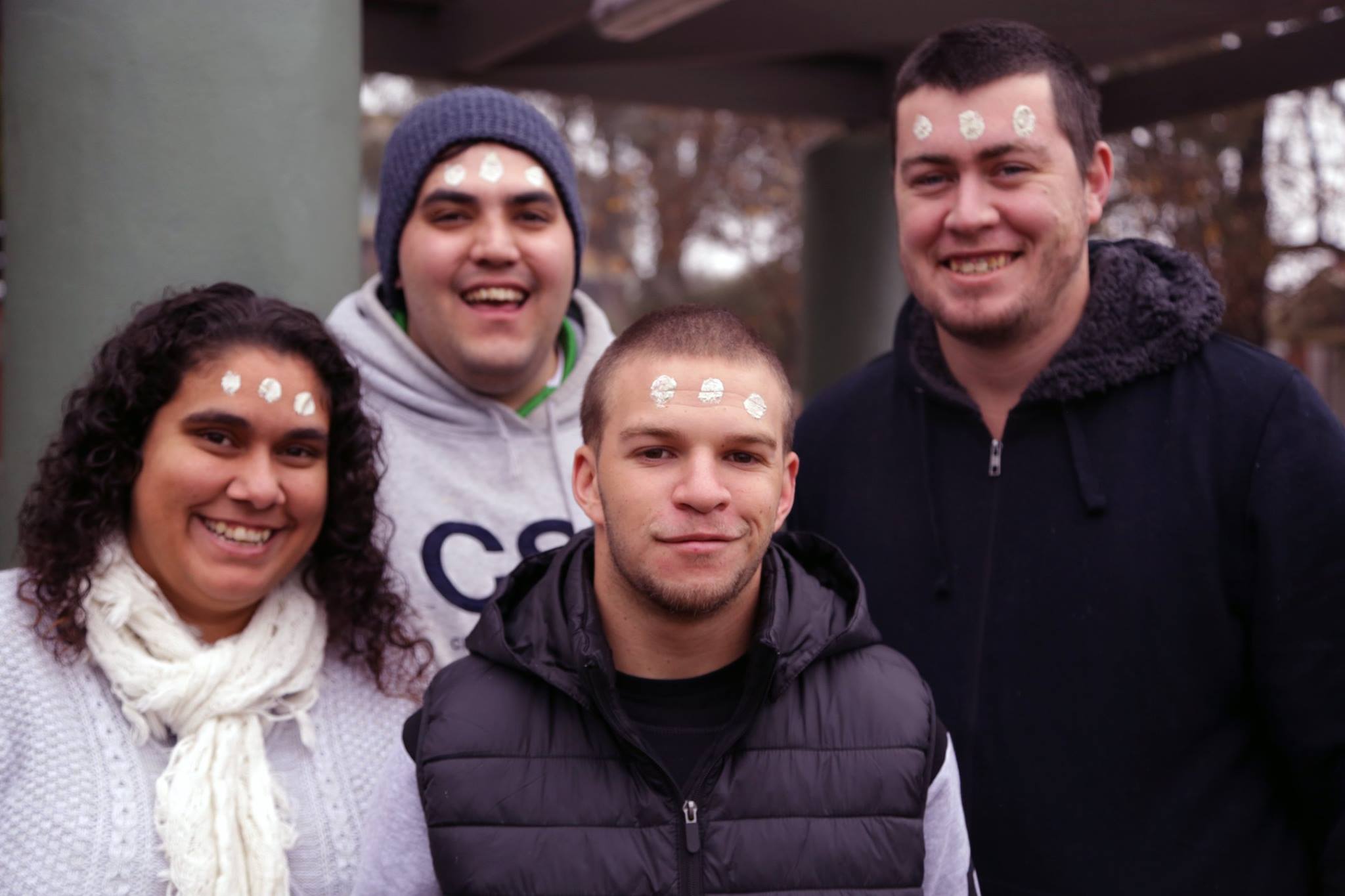 In a celebration of culture, community and collaboration The Front Line will premiere at the Bathurst Memorial Entertainment Centre at 6pm on Monday 19 September. The video is the result of a collaborative project which was developed by CSU students and Desert Pea Media in July with the support of Bathurst Wiradyuri Elders.

The Front Line was developed and produced by 13 CSU students who are the first in their family to attend university. The students are also the stars of the production and some of the stories that are featured in the video include:

Mr Michael Graham: "They say education is the key, but they keep changing the locks."

Ms Jackie Burke: "I went in blind, I took a risk, I left country, I jumped in the deep end… I could have drowned but I chose to swim."

Mr Isaac Nowland: "It all comes down to choice, it's hard to lead the way when you're searching for direction. People even judge you when you're white."

Ms Michelle Miller: "I'm a mother of five, a wife and now a full time student… I've always wanted to go to university. To better myself, to break the cycle and to show my children you are not restricted by your age, or by the colour of your skin. It's never too late, it all comes down to choice, and for me quitting is not an option."

Mr Marley Blair: "…The bottom line is this: only 40 per cent of our mob finish high school, seven out of 10 of our young people will end up in jail, and there's only one way to make change for my people and that's to do it myself."

Wiradyuri Elder Kalmadyne Goombyge (Uncle Jimmy) also features in the production, providing encouragement and a sense of belonging to the students along with other Bathurst Elders. He will make a presentation and provide the welcome to country at the premiere on 19 September.

CSU student and star of the video Mr Isaac Nowlan will perform at the premiere, before the screening, alongside local student from Bathurst High School Tameka Kennedy.

The premiere will be opened by the University's Vice-Chancellor Professor Andrew Vann and the MC will be Yanhadarrambal (Mr Jade Flynn), CSU's Indigenous Resources Officer.

Also at the premiere, the Clara Jane company will perform two short segments from their show about an Indigenous woman living in the 20th century. Clara Jane is a contemporary dance and dialogue performance that has been developed as part of the Sprung Festival of Creativity which showcases the talents and major works of final year students from CSU's School of Communication and Creative Industries.

The Clara Jane company is led by three theatre media students; Ms Danielle Andrews, Ms Bianca Carrozzo and Ms Jessica Mckenzie. Clara Jane is the great grandmother of Ms Andrews and the performance is based on her story, an Indigenous final student who is also the first in her family to complete a university degree.

Media are invited to attend the premiere screening of The Front Line is being held at the Bathurst Memorial Entertainment Centre on William Street, from 6 to 8pm on Monday 19 September. Following the premiere screening, light refreshments and an informal jam session with CSU musicians will take place upstairs.