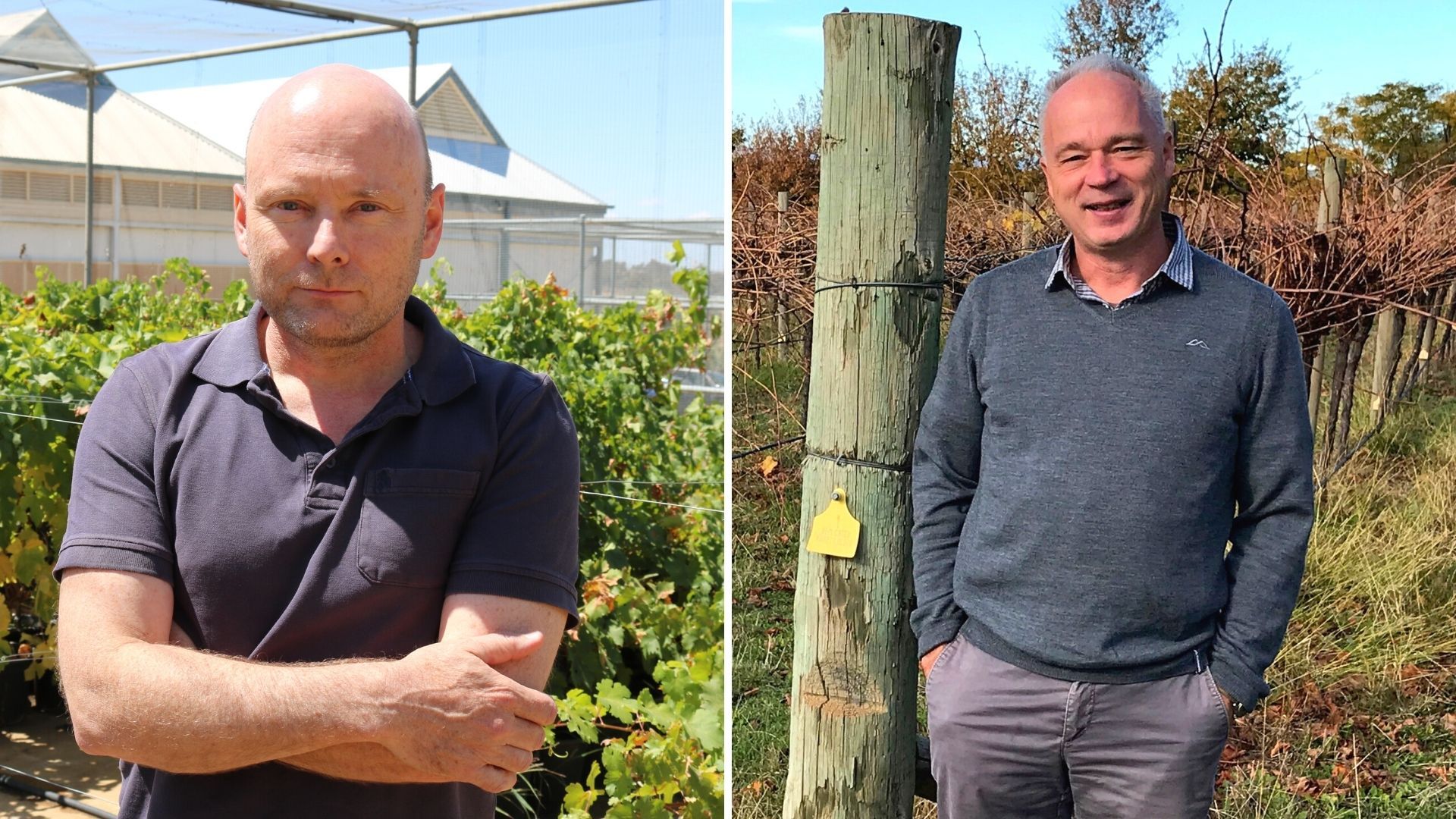 Research conducted by Charles Sturt academics at the National Wine and Grape Industry Centre has received international recognition in the American Journal of Enology and Viticulture.

Research from the National Wine and Grape Industry Centre (NWGIC) examining the impact of soil temperature on grape vine growth has been recognised internationally.

The research examined the impact of soil temperatures between 14 and 24 degrees Celsius on the growth and production of potted Shiraz grapes between anthesis and veraison, and followed an earlier paper reporting on the response from bud-break to anthesis.

While conducted under glasshouse conditions, Dr Smith said the study is particularly important given the potential impact of a changing climate on wine grape production.

“Soil temperatures are increasing as air temperatures increase, and there is some evidence from Europe which has longer term soil temperature records, that soils may be warming faster in some cases,” Dr Smith said.

The research found soil temperature significantly affects grapevine growth and that the responses are mediated largely by an influence of temperature on mobilization of non-structural carbohydrates from the roots.

“For this study we were interested in the shorter term response to changes in soil temperature rather than long term changes that would require a different experiment approach,” Dr Smith said.

“However, even just in the periods between development stages the effects on carbohydrate partitioning and fruit-set were greater than we expected.”

This has practical implications in the vineyard as growers can modify soil temperature through the use of mulch, and the height of the cordon and size of the canopy also influence the amount of radiation reached the ground immediately under the vine.

“The management of root environment (soil temperature and the daily temperature fluctuations), particularly in upper part of the soil, is critical for root development and function (nutrient and water uptake) as well as for soil processes (nutrient availability), consequentially impacting on vine productivity and grape composition,” Dr Holzapfel said.

“The research at the National Wine and Grape Industry Centre is continuing to enhance the understanding and management of the root environment, becoming more essential due to the climatic changes.”

The paper has been selected by the Journal’s committee for its outstanding content and substantial contribution to the field of viticulture.