CSU business experts believe the decision by British voters to exit the EU offers benefits and challenges for Australian agriculture. 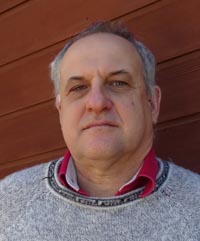 Marketing professor Steven D'Alessandro at the CSU School of Management and Marketing in Bathurst is upbeat about prospects for growers.

"In Britain, the price of Australian produce will now be more competitive when compared to the price of subsidised produce from EU farmers," Professor D'Alessandro said.

"This competitive edge could be advanced by further promoting the clean, green image of Australian agriculture while opening opportunities for the 'organic' sector, as many British supermarkets actively source products from this area."

Professor D'Alessandro also believes that Australian growers could also gain marketing advantage from the greater sense of independence in the UK.

"By promoting ourselves as being from an English-speaking country, we also address the xenophobia apparent in the 'leave' vote," he said.

CSU economist Professor Eddie Oczkowski at the School of Accounting and Finance in Wagga Wagga suggests the impact of Brexit on Australian agriculture would depend crucially on the level and nature of trade barriers, tariffs and restrictions the UK imposes once it leaves the EU. "Potentially, given the historical ties between Australia and the UK, then more favourable trade outcomes may result," said Professor Oczkowski, who is also a member of the University's Institute for Land, Water and Society.

"Currency values could also play an important role. If, over time, the value of the British pound remains relatively low, then demand for some Australian agricultural exports including wine may fall."

Using 2015 figures, the UK is the second largest export market by value for Australian wine, with USA number one. In 1973, when it joined the European Union, it was number one.

For interviews with and pictures of Professors Steven D'Alessandro (based in Bathurst) and Eddie Oczkowski (Wagga Wagga), contact CSU Media.