A CSU academic has condemned the recent remarks in NSW Parliament by a Liberal MP praising the former Pinochet dictatorship in Chile. 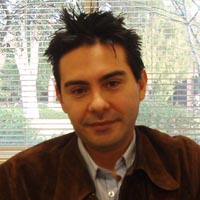 A Charles Sturt University (CSU) academic has condemned the recent remarks in NSW Parliament by a Liberal MP praising the former Pinochet dictatorship in Chile.
Dr Oliver Villar, lecturer in politics at the CSU School of Humanities and Social Sciences in Bathurst, said the recent comments made by Dr Peter Phelps in defence and praise of Chilean dictator General Augusto Pinochet cannot be taken seriously, and are offensive and extremist.
“Throughout the 1970s and 1980s, Chileans and South Americans alike suffered greatly under brutal right-wing military dictatorships like that of Pinochet’s, and Dr Phelps’s viewpoints could not have come at a worse time,” Dr Villar said of the comments made on Wednesday 11 September, a doubly-notable date in modern political history.
“September 11 is a date marked by terror and sadness in the minds of Americans and many people around the world; the ‘other 9/11’ of 1973, however, has been misconstrued by politicians like Dr Phelps and former Prime Minister of Britain, Baroness Margaret Thatcher.
“For many Chileans, September 11 commemorates the 40th anniversary of the CIA-backed military overthrow of President Salvador Allende and his democratically elected Socialist government.”
Working closely with the CIA, the Chilean military led a coup and installed General Pinochet. Subsequently, at least 3 000 Chileans ‘disappeared’ and approximately 200 000 fled the country as political refugees.
“This is common knowledge for critics of state-terror,” Dr Villar said. “It is also known that the CIA funded right-wing media to justify the coup.
“Throughout the 1970s and 80s, hundreds of thousands of leftists throughout Latin America were murdered, tortured, and thrown out of planes in a systematic effort by Washington and its allies to rid the continent of communism, a process only eclipsed by Colombian governments in recent years.
“Programs like Operation Condor were justified by its Western supporters as a means to eradicate so-called ‘communist’ or ‘Soviet’ influence and ideas throughout the Cold War. The Nixon administration and Secretary of State Henry Kissinger knew that Allende’s socialist policies would harm US business interests, such as copper mining, an industry which has proved to be decisive in Australian politics also. This can be seen with the ousting of PM Kevin Rudd in 2010 and the concerted efforts by big business and media to promote the election of the new Coalition government.
“The Prime Minister of Australia at the time of the coup, Mr Gough Whitlam, MP, has since acknowledged the presence of Australian intelligence personnel working as ‘proxies of the CIA in destabilising the government of Chile’. It is unclear whether Mr Whitlam was troubled that a fellow progressive left-wing government was under attack, or, whether any action cost the Prime Minister his job.
“Supporters of state-terrorism should not be in parliament or government, and Dr Phelps should at the very least apologise to the victims of the ‘other 9/11’, an event which marked the beginning of an era under the banner of ‘neo-liberalism,’ where billionaires, mining companies, and media moguls overthrew governments with violence or propaganda.”