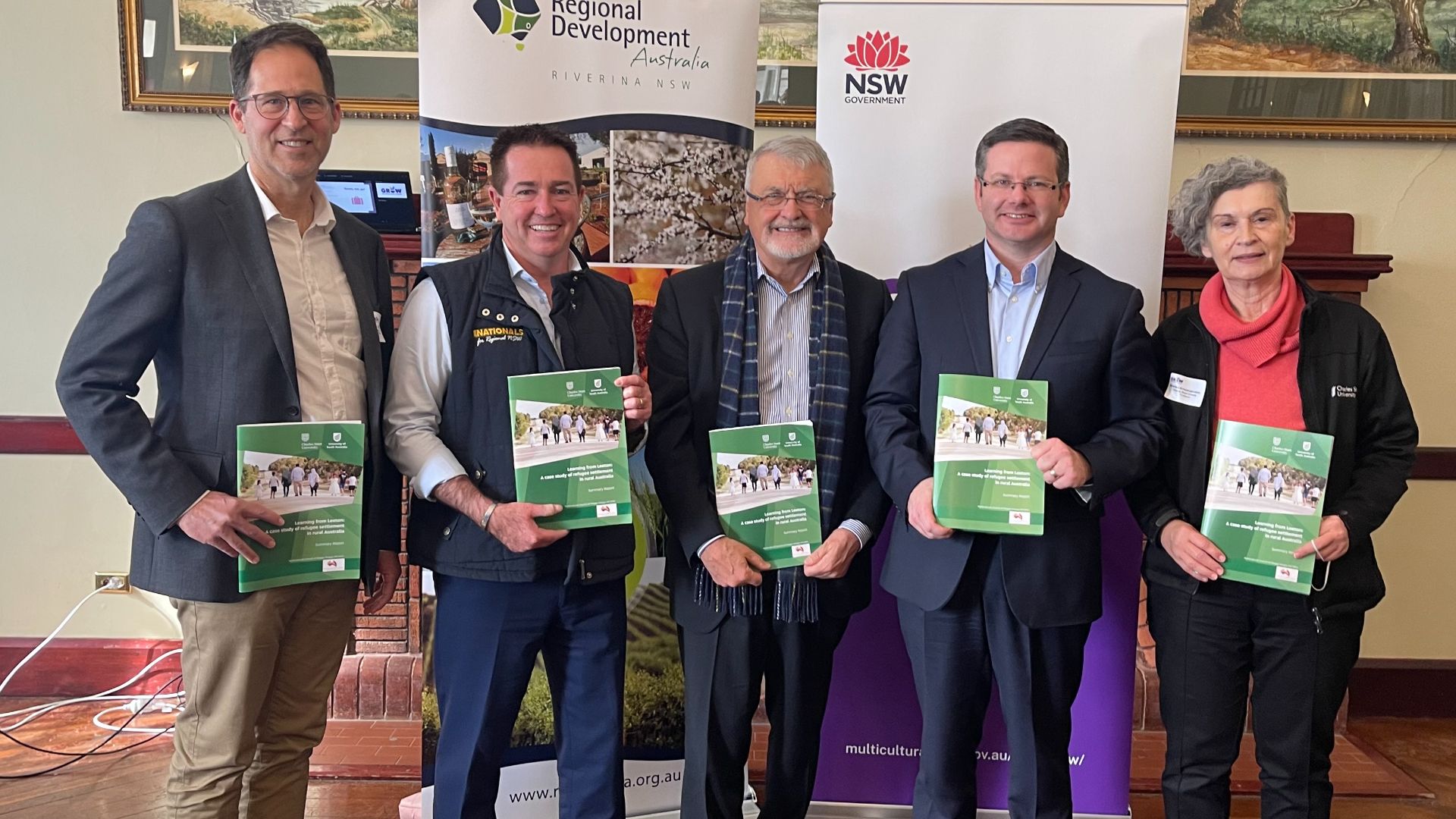 Researchers from Charles Sturt University, University of South Australia and Charles Darwin University have published the Learning from Leeton’ report.

The NSW country town of Leeton is about as far removed as possible from Afghanistan – geographically, culturally, politically and religiously – but it has set the gold standard for how Australia can successfully integrate refugees into local communities.

The Riverina township hosted the launch of a new report, published by researchers from Charles Sturt University, University of South Australia and Charles Darwin University, which  analyses the experiences of some of the 80 Hazara Afghan refugees who have settled in Leeton over the past decade.

The report - 'Learning from Leeton: a case study of refugee settlement in rural Australia'- identifies the key steps to ensure a positive experience for both refugees and existing residents – people from worlds apart.

The 84-page report explores the reasons why Hazara Afghans have moved to Leeton, their experience, and how the town has successfully integrated the disparate newcomers.

Professor in Management in the Charles Sturt University School of Business, Professor Branka Krivokapic-Skoko said the project is the best example of a University-community research partnership .

“We put our own time and resources into it because we believed this is how our engagement with the communities should be done, said Professor Branka Krivokapic-Skoko.

“For three years we were working on establishing trust and contacts with different community stakeholders and worked with and for the community of Leeton.”

Lead report author, University of South Australia sociologist Dr David Radford, says Leeton’s embrace and acceptance of refugees is a lesson for all.

“Leeton has been welcoming new settlers, refugees and migrants for many years, with the highest proportion of Afghan-born people in rural and regional NSW. It is a community where everyone can belong, regardless of background or heritage,” Dr Radford says.

“For Hazara refugees, Leeton has become a town that feels like home and a place that has allowed them to ‘find their feet’ in Australia, including the ability to learn English, adapt to the culture, form friendships, find work, and even accumulate savings to establish a business.

“Leeton has gained equally from the Hazara as they have filled job vacancies, their children have attended local schools and they have contributed to the social, economic and cultural life of the town.”

The report identifies the ways in which the mayor, Leeton Shire Council and multicultural support groups provide practical assistance to the new settlers. This includes helping them to find work, accommodation and settling children into school, offering English language lessons, nurturing friendships, and working with police and other local service providers to address the issues that Hazaras face.

The local council has also embedded a policy in its strategic plan to successfully integrate the Hazara by adopting a whole-of-community approach.

“Not all refugees stay long term,” Dr Radford said. “A lack of tertiary education, employment and business opportunities in Leeton, as well as social and cultural isolation, are some of the reasons they leave for bigger towns and cities after a period. But their first experience of Australia is a very positive one.

The researchers also analyse the challenges for Leeton residents to accommodate migrants from culturally diverse backgrounds, many of whom have experienced major trauma unlike anything to which existing residents can relate to.

“Rural communities such as Leeton have strong self-identities and histories and they want to preserve these, regardless of the influx of new migrants, so it’s important the needs of residents are also considered," Dr Radford said.

“Every community has a variety of opinions and views, and sometimes these are opposing, critical or negative. But Leeton’s community leaders have worked through these concerns to find a compromise.

“This report doesn’t claim that Leeton is a perfect refugee-background settlement community, but rather that there are things we can learn from its experience to help other rural communities in their welcome and support.”