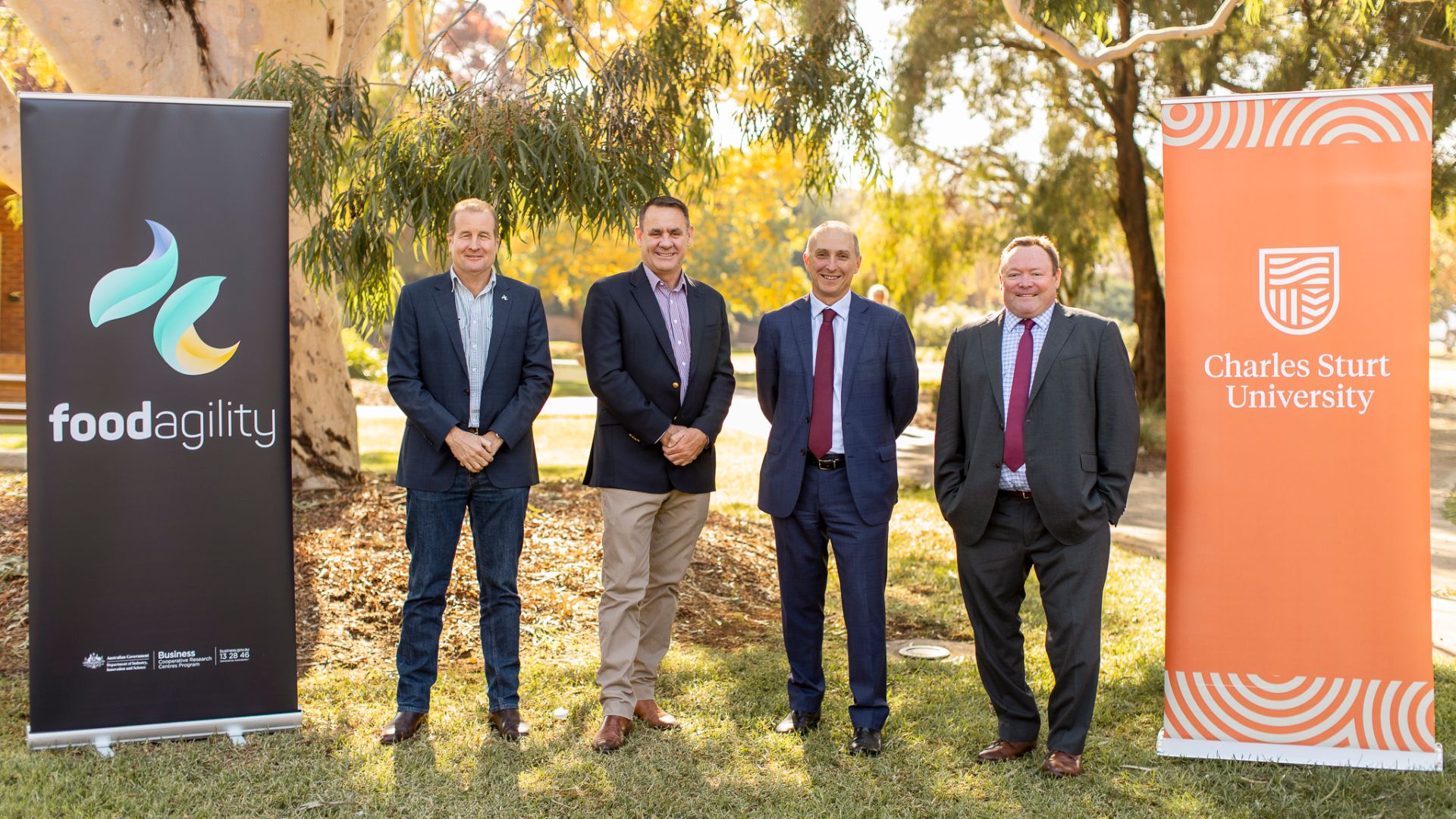 Charles Sturt University and Food Agility will partner to build the Global Digital Farm - Australia’s first fully-automated commercial farm - which will demonstrate the future of farming through robotics and artificial intelligence.

Charles Sturt University will be home to Australia’s first ‘hands-free’ farm as part of a new high-tech collaboration between the University and Food Agility Co-operative Research Centre.

Charles Sturt and Food Agility have announced they will partner to build the Global Digital Farm (GDF), Australia’s first fully-automated commercial farm, which will demonstrate the future of farming through robotics and artificial intelligence and by creating new sustainability and carbon models to drive improvements in farming practice.

It will be located at the University’s AgriSciences Research and Business Park (AgriPark) at its Wagga Wagga campus, with the requisite data, telecommunication and other digital infrastructure to be developed and built over the next three years.

Charles Sturt University Professor of Food Sustainability Niall Blair said the GDF will be a commercial operation, educational facility and community outreach facility rolled into one.

“The Global Digital Farm will utilise Charles Sturt University’s world-class research and development capability in the agriculture space to help ensure the next generation of Australia’s farmers are at the forefront of innovation.

“Charles Sturt University is delighted to announce and enter into this partnership with Food Agility.”

Food Agility CEO Mr Richard Norton said the reality of a ‘hands-free’ farming was closer than many realised and would be accelerated by the development and dissemination of technology produced by the GDF.

“Full automation is not a distant concept, there are already mines in the Pilbara operated entirely through automation,” Mr Norton said.

“It won’t be too many years before technology will take farmers out of the field and immerse them in the world of robotics, automation and artificial intelligence.

“Food Agility, Charles Sturt University and the Riverina will be at the forefront of that transformation in Australia courtesy of the Global Digital Farm.”

The GDF will develop and operate:

The project will be located on the AgriPark’s 1900-hectare farm, which is operated as a commercial enterprise and incorporates a range of broad acre crops (wheat, canola, barley), as well as a vineyard, cattle and sheep.

The GDF will be spearheaded by Food Agility Chief Scientist Professor David Lamb, an early pioneer and leading Australian expert in precision and digital agriculture.

The partnership is the latest boon for the AgriPark, with the University announcing $14 million earmarked for the first stage of capital works at the AgriPark - headlined by a bespoke office building to accommodate the AgriPark’s industry, research and government partners – on Thursday 27 April.

Earlier in April the Deputy Prime Minister, the Hon Michael McCormack, announced that a bid led by Charles Sturt had been awarded an $8 million federal government grant – with a further investment of $11.9 million from the consortium’s partners - to establish the Southern NSW Drought Resilience Adoption and Innovation Hub at the University’s Wagga Wagga campus.