Millions of reasons to care about the science of soil 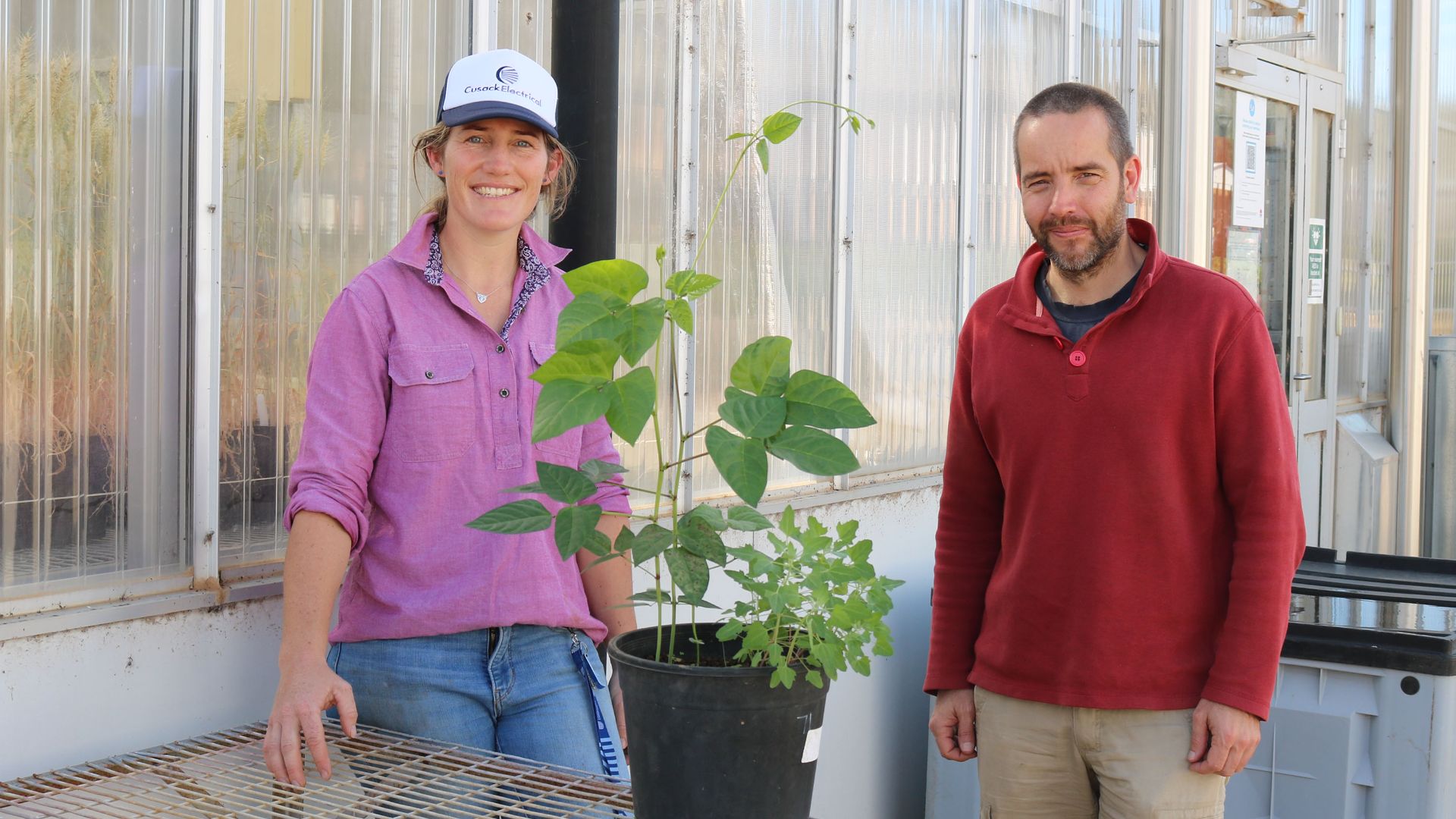 Researchers at Charles Sturt are working on multiple soil projects and are planting the seeds for the next generation to start a career in science ahead of National Science Week.

If you are curious as to how the world works, a Charles Sturt University academic recommends a career in science.

“It is in the technology we use to communicate; it is in the new methods we use to produce food more sustainably and more efficiently,” he said.

“Science solves the problems society and humankind have created. Without science, we would be nowhere.”

Dr Condon said National Science Week, which runs from Saturday 14 to Sunday 22 August, is a chance to showcase important research and initiatives while highlighting a career in the field.

“There are people in the world that think about how things work, what would it take to change this, create that – these people are the scientists,” he said.

“You don’t need a PhD to be a scientist, you just need a questioning mind and desire to ask why and how. National Science Week helps connect the people that ask why and how.”

Dr Condon and a team of Charles Sturt researchers from the Graham Centre for Agricultural Innovation are currently working on multiple soil projects that will provide lasting benefits to food production and sustainability.

The projects involve annual sampling of field sites in farmers’ paddocks in southern NSW to track changes in soils during their treatments which include rate, frequency and method of lime application.

Students involved in the research are investigating methods of removing acidity and measuring the efficiencies of fertilisers.

“Our field trials have demonstrated improved methods of addressing acidity, and these changes have resulted in healthier plants that out-compete weeds, therefore reducing the need for herbicides,” Dr Condon said.

“Healthier plants suffer fewer incidents of disease and insect attack and there are system benefits that go beyond just improving the soil.”

And his efforts to improve soil quality do not stop there. He is also working with farmers to answer the question: ‘does multispecies cropping improve the cropping system?’

His research project with Dr Shahnaj Parvin, a post-doctoral fellow from Southern Cross University based at Charles Sturt in Wagga Wagga, is titled ‘Evaluating mechanisms and field performance of rhizosphere-engineering technologies.’

The project is funded by Soil CRC and led by Professor Terry Rose from Southern Cross University, partnering with Central West Farming Systems and RivPlains farming system groups and farmers from Marrar and Yarragundry.

“Farmers understand that diversity is part of a healthy landscape,” Dr Condon said.

“Some farmers are trialling multispecies cropping (planting several species at once) to get benefits from each species while only harvesting one.

“Our project aims to quantify what difference multispecies cropping may have to the soil and plant systems compared to monoculture crops, like wheat.”

The team is also conducting trials in summer cover crops, which are plants that are sown after harvest of wheat or canola to make use of summer rain. They provide cover of the soil and act as a host for soil microbes.