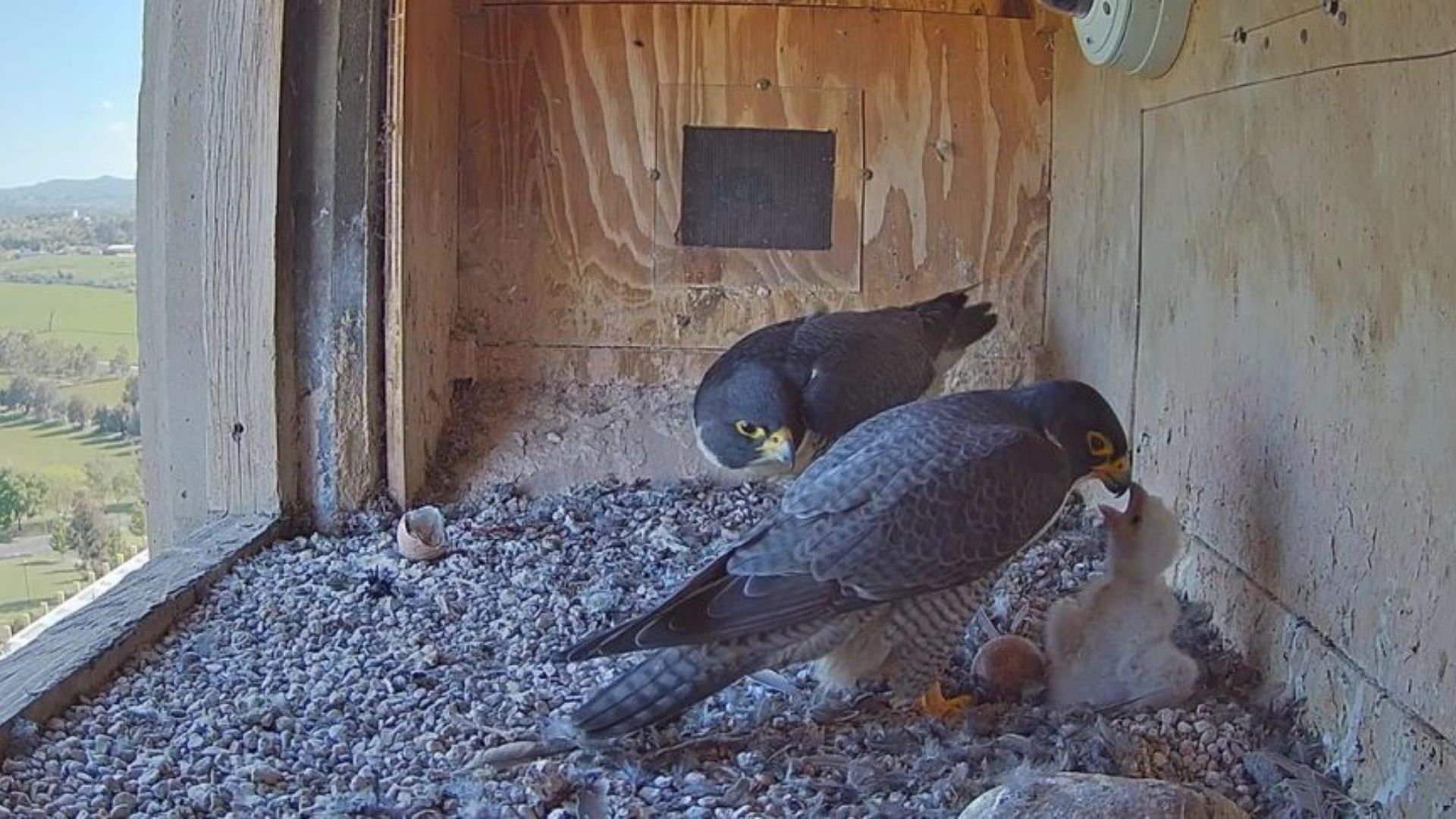 The peregrine falcon monitoring project at Charles Sturt University in Orange is celebrating a new FalconCam Project website and the hatching of a new falcon chick on Saturday 1 October, with two more eggs possibly yet to hatch.

The peregrine falcon monitoring project at Charles Sturt University in Orange is celebrating a new FalconCam Project website and the hatching of a new falcon chick on Saturday 1 October, with two more eggs possibly yet to hatch.

The project studies, monitors and records the breeding and natural behaviour of resident peregrine falcons residing in a recess in a water tower at the University in Orange.

Project leader and Adjunct Lecturer in the Charles Sturt School of Agricultural, Environmental and Veterinary Sciences Dr Cilla Kinross said the project has attracted national and international interest and support.

“This research project studies the diet and use of a nest box by a family of peregrines living in the water tower since 2007, and the formal research is in its 10th year,” Dr Kinross said.

“The project has evolved and we now have nine years of diet data and seven years of behavioural data.

“We have a new project website, and the observational live-stream cameras operate throughout the year and are in daily use.” 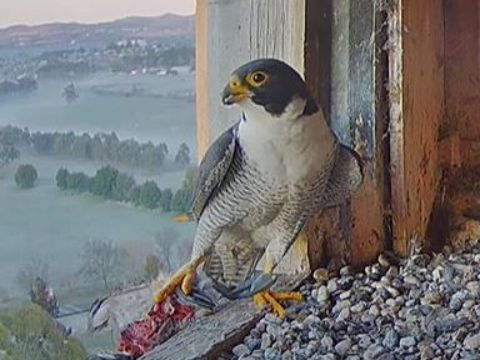 Dr Kinross said in recent years the project has sought public suggestions for naming the new chick(s), with up to three eggs and hatchlings each season, although not all survive.

“Last year the sole male chick hatched on 8 October and fledged (first flight) on 22 November when he was 44 days old,” she said.

“By popular vote he was named ‘Yurruga’, meaning ‘sunny’ in the Wiradjuri language, but unfortunately he did not survive the atrocious weather during the week after he fledged and may have hit a tree or other obstacle while trying to fly in poor weather.”

If people wish to vote for the name of this year’s chick (or chicks, if the other two eggs hatch), they can go to the FalconCam Project website, explore the different pages, find NEWS, and find the voting link.

The FalconCam Project is managed by a voluntary group of staff using modern equipment to record the falcons’ progress and to contribute to the worldwide conservation effort.

The project relies solely on donations and fund-raising to meet its objectives. Donations are used for camera upgrades, recording equipment, related software, and to improve the overall research and observational capability.

To arrange interviews with Dr Cilla Kinross contact Bruce Andrews at Charles Sturt Media on mobile 0418 669 362 or via news@csu.edu.au

In text: Male peregrine falcon Xavier with prey in August 2021