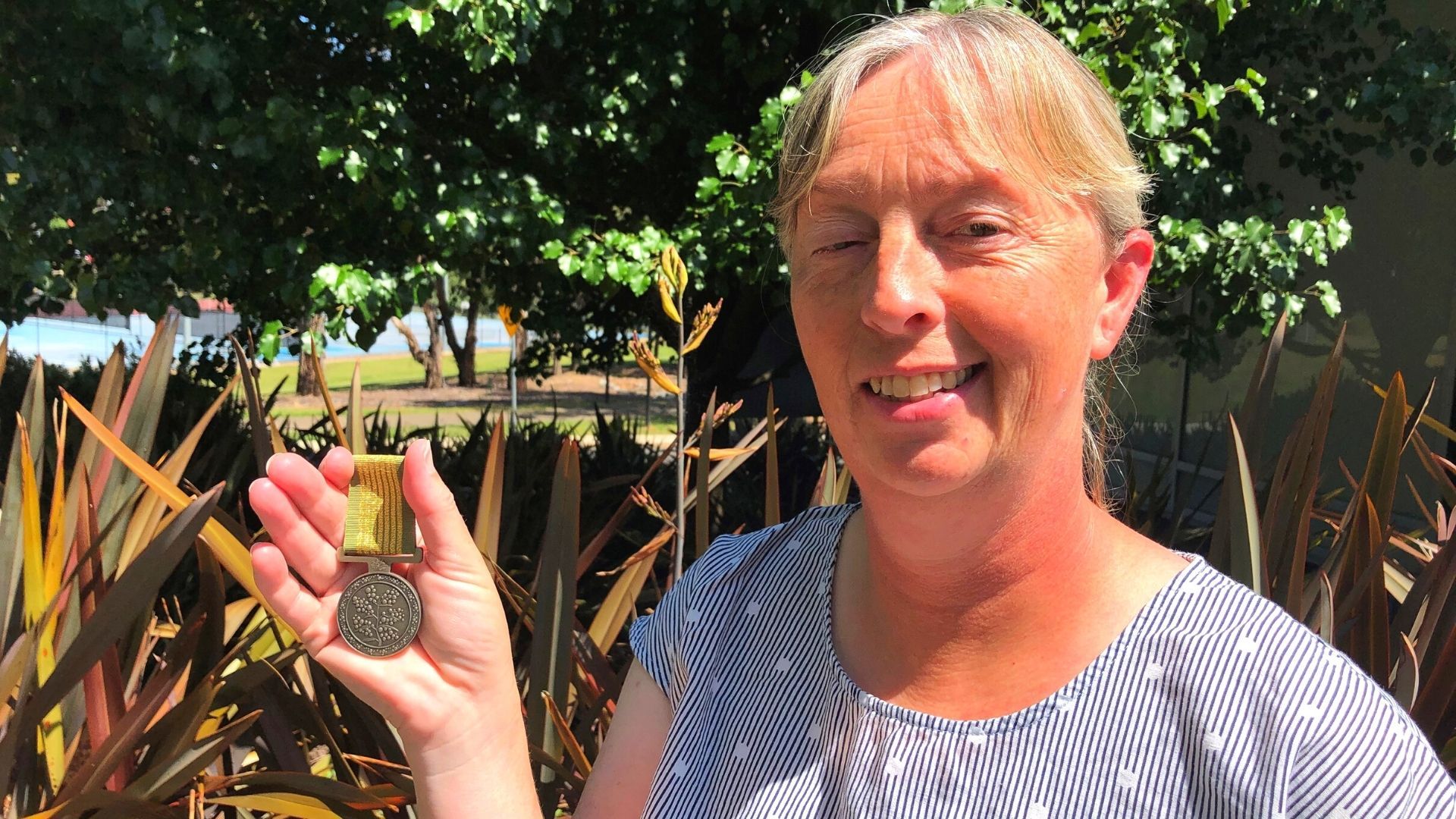 A Charles Sturt University paramedicine academic has received national recognition for her role as part of a disaster response team for Tropical Cyclone Debbie in 2017.

A Charles Sturt University paramedicine academic has received national recognition for her role as part of a disaster response team for Tropical Cyclone Debbie in 2017.

Senior Lecturer and Discipline Leader in Paramedicine Ms Clare Sutton (pictured) in the Charles Sturt School of Biomedical Sciences in Bathurst has received the National Emergency Medal for her volunteer service as part of the disaster response in the wake of Cyclone Debbie.

Team Rubicon Australia, now known as Disaster Relief Australia, nominated the disaster response team for this award, and the nomination has been approved by the Governor-General of Australia.

“I have been awarded the National Emergency Medal for my service with Team Rubicon Australia when I deployed to Proserpine in Queensland as part of the disaster response team in the wake of Tropical Cyclone Debbie,” Ms Sutton said.

“It seems quite out of the blue given the length of time that’s passed since that event, but this deployment was the inspiration for my choice of PhD topic, which has finally progressed to the recruitment stage, so the timing is perfect.”

Tropical Cyclone Debbie has been declared nationally significant for the purposes of the National Emergency Medal. Find more information on this award and eligibility criteria.

Ms Sutton emphasises that her deployment was as a civilian with first responder experience not in a paramedic capacity, as Team Rubicon does not have any domestic medical response capacity.

“This deployment did not require me to use any of my paramedic clinical skills, but my experience as a first responder proved invaluable for so many of the tasks,” Ms Sutton said.

“We were deployed as part of a strike team to undertake a variety of work across the disaster zone depending on the greatest need, and as this was the first time I had experienced working in a disaster zone I was unsure what to expect.

“Tasks involved conducting health and welfare checks on residents affected by the cyclone, conducting damage assessments on properties, and coordinating the supply of essential food and water to those displaced from their homes, as well as providing first aid cover to the teams.

“Despite the significant devastation to the surrounding environment and to their personal property, the communities in which we were working were welcoming and showed such impressive resilience. Our focus was on empowering those communities to get back on their feet and start rebuilding their lives.”

Ms Sutton said she would highly recommend this type of volunteering for student paramedics to help them to develop key transferable skills, such as teamwork, communication and leadership to better prepare them for the workplace.

“I found the interactions with the local community and the other Team Rubicon volunteers hugely impactful, and this deployment was actually the inspiration for my choice of PhD topic,” she said.

Ms Sutton’s PhD thesis is ‘Investigating the impact of volunteering on the development of resilience in student paramedics’, and the first phase of data collection is underway.

Participation in her research is open to all paramedicine students who have fully completed the first year, full-time study equivalent of an Australian undergraduate paramedic degree, and they are invited to participate if they have engaged in volunteering activities within the last five years.

To arrange interviews with Ms Clare Sutton contact Bruce Andrews at Charles Sturt Media on mobile 0418 669 362 or via news@csu.edu.au