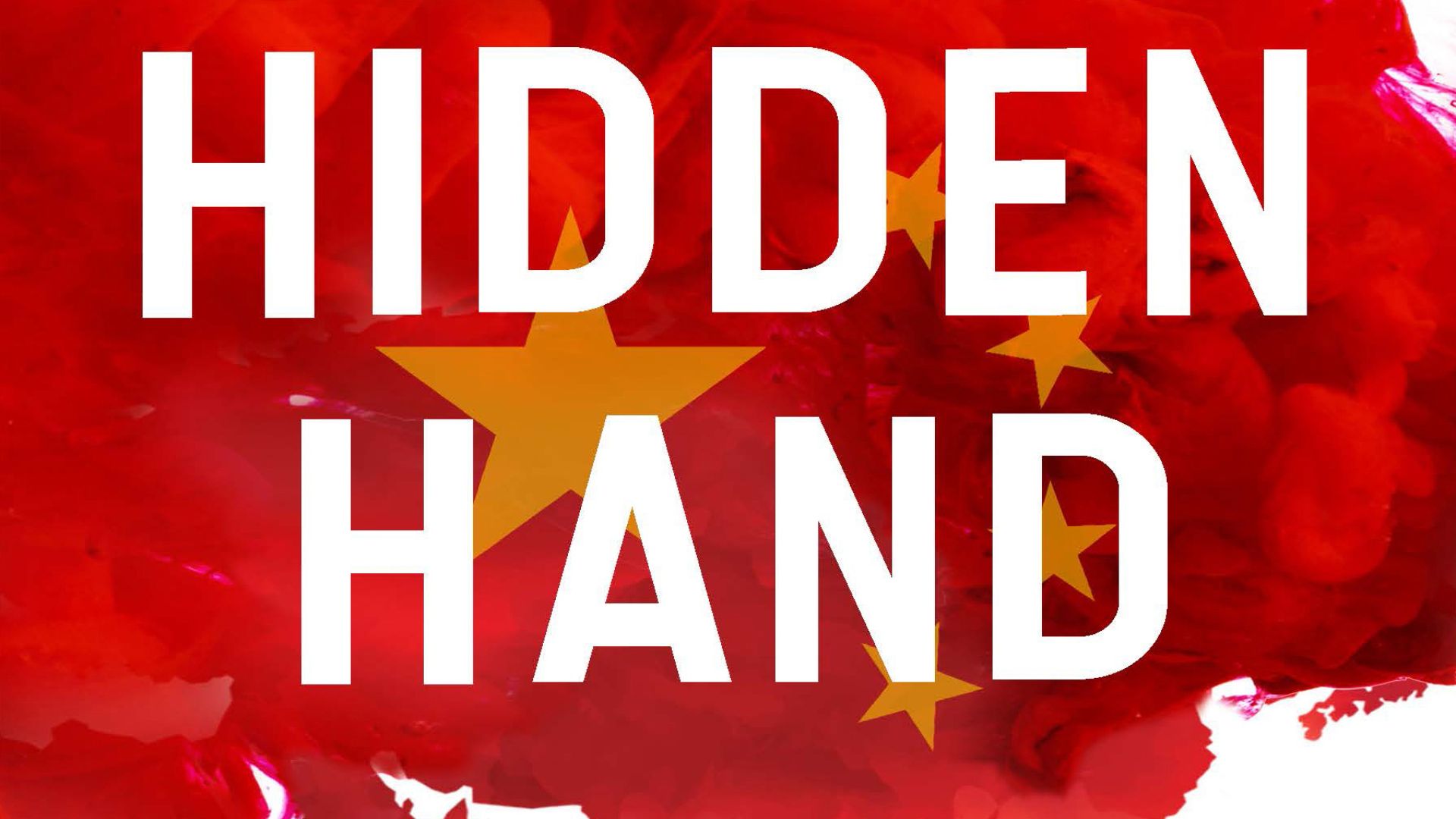 A new book co-authored by a leading Charles Sturt University academic exposes the global program of influence and subversion by the Chinese Communist Party (CCP) and the threat it poses to democracy.

The book, Hidden Hand, is co-authored by Charles Sturt’s Professor Clive Hamilton and senior fellow at the German Marshall Fund in Berlin Dr Mareike Ohlberg, and is published by Hardie Grant to be launched on Tuesday 16 June.

Professor Hamilton is the Charles Sturt Vice-Chancellor’s Chair of Public Ethics, and Dr Ohlberg is a leading German sinologist, specialising in the CCP’s external propaganda.

Professor Hamilton said, “With its enormous economic power, China is now a global political and military force engaged in an ideological struggle with the West.

“This new authoritarian power is ‘using democracy to undermine democracy’ in pursuit of its global ambitions.”

Professor Hamilton and Dr Ohlberg have combined a mass of evidence with unique insights in Hidden Hand to lay bare the nature and extent of the CCP’s influence on operations across the Western world – in politics, business, universities, think tanks, and international institutions such as the United Nations.

Combining meticulous research with compelling prose, Hidden Hand brings to light the CCP’s threats to democratic freedoms and national sovereignty across Europe and North America, and shows how these regions might push back against its autocratic influence.

Professor Hamilton said, “Events of recent months have exposed both the CCP’s obsession with secrecy and control at home, and its determination to shape the narrative globally.

“China’s recent attempt to strong-arm Australia out of its call for an international inquiry into the coronavirus pandemic highlights the claim in Hidden Hand that the CCP aims to use its economic might to attain global political dominance.

“While Beijing’s ‘wolf warrior diplomacy’ has alarmed many around the world, Hidden Hand looks more deeply into the CCP’s subtle and covert program of influence in countries like Australia.

“Despite the shift in public opinion, the CCP’s supporters among Australia’s business, political and academic elites continue to exert their influence.”

A follow-up to Professor Hamilton’s bestseller Silent Invasion, Hidden Hand made an immediate impact when it was published in a German translation in mid-May, making it onto Der Spiegel’s best-seller list within a week of publication.

To arrange interviews with Professor Clive Hamilton contact Bruce Andrews at Charles Sturt Media on mobile 0418 669 362 or via news@csu.edu.au

Dr Mareike Ohlberg is a senior fellow at the German Marshall Fund in Berlin. Her work involves briefing European governments and policy-makers on developments in China. She has an MA in East Asian Studies from Columbia University and a PhD in Chinese Studies from the University of Heidelberg. She has authored a doctoral thesis on Chinese propaganda targeted at foreign audiences, and was a co-author of the landmark report Authoritarian Advance: Responding to China’s Growing Political Influence in Europe. Her articles have been published in The New York Times, The Neue Zürcher Zeitung, and various other European media.