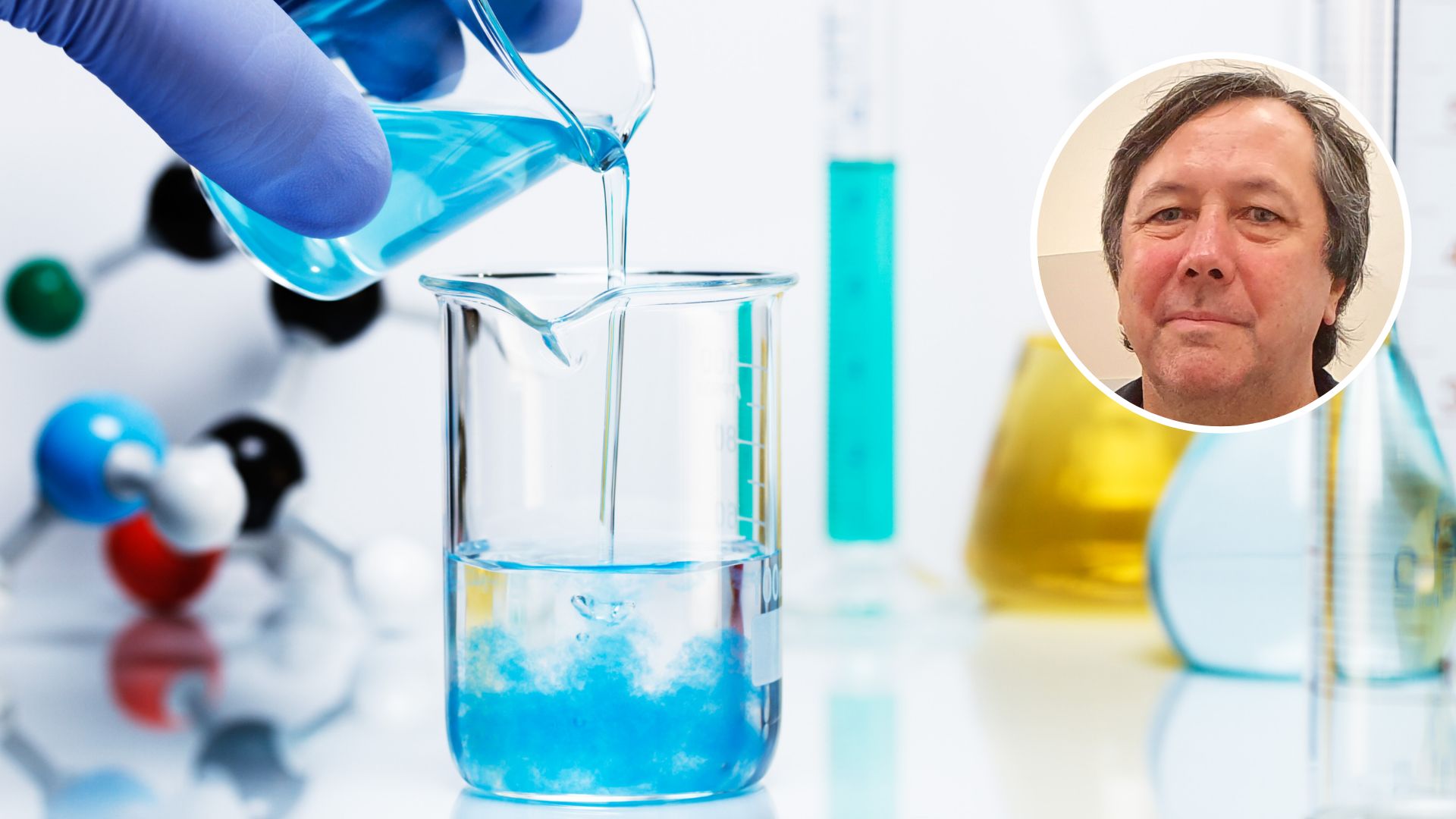 A team at Charles Sturt University in Orange develops and demonstrates concepts that have the potential to create new generations of drugs to treat highly lethal diseases, including for the treatment of melanoma, malaria and tuberculosis.

The team is led by Dr Christopher Parkinson (pictured, inset) senior lecturer in medicinal chemistry/pharmacy in the Charles Sturt School of Biomedical Sciences in Orange.

“We are a research team at Charles Sturt University spanning the domains of pharmacy and medicine that incorporates the skills and scientific training in new drug discovery,” Dr Parkinson said.

“This training is typically acquired through a study of chemical and biomedical sciences, and finds its applications in pharmacy and medicine.

“We have two primary purposes:

“We undertake these primary purposes, at least in part, through the development of key partnerships – at both national and international level, which allows participants to appreciate the value of networking and team building.”

Prior to joining Charles Sturt in 2012 Dr Parkinson had an international career, starting with a research fellowship at Colorado State University in the USA studying the potential applicability of certain compounds in anti-cancer studies.

At the conclusion of this fellowship, he moved to London, England, to take up an academic position at the Imperial College of Science, Technology and Medicine.

Just after the end of the apartheid era in South Africa, he accepted a position leading a group at African Explosives and Chemical Industries (AECI) to examine new production techniques for pharmaceuticals with a view to developing an African generic drugs industry.

The AECI was later acquired by the CSIR (the South African equivalent of the CSIRO) to become the centre of small molecule drug discovery activities in South Africa, focusing on diseases such as malaria, tuberculosis and HIV.

Dr Parkinson’s work has resulted in a substantial publication and patent portfolio and has been presented at scientific meetings in 10 countries to-date.

The three main areas of research he and his team are working on at Charles Sturt are:

Melanoma. Mortality rates remain high (often due to late detection) even with advances in surgical removal and the advent of immunotherapies such as Keytruda (use can be limited) and the outdoor lifestyle of regional areas makes exposure to UV radiation (a causative factor) more problematic.  Very few existing cancer drugs work well for melanoma.

Malaria. This remains the world’s most deadly parasitic disease, killing approximately half a million people per annum, and receives limited attention from the pharmaceutical sector with respect to the development of new drugs.

“Australian service personnel are often deployed in regions where malaria is endemic, and there has been an emphasis on vaccine development in recent years and vaccine development research has failed to deliver useful products despite high levels of investment,” Dr Parkinson said.

“Older drugs are beginning to fail, and consequently new drug development will be required to keep this disease under control in the future.”

Tuberculosis is a major health issue in many parts of the world and can, contrary to what many people think, be found in some areas of Australia. There is a likelihood that tuberculosis could become more problematic in Australia as it is prevalent in both Asia and Papua New Guinea.

“Only two new drugs have been registered in the last 35 years and vaccines have proven to have sub-optimal efficacy,” Dr Parkinson said. “We aim to find new types of drug that are effective in the treatment of this condition.”

“To this end, it is our policy to use our strengths in conjunction with the strengths of partners who may be able to do some tasks better or more quickly, and we have established working relationships with several partners both nationally and internationally.”

“We hope to see the development of the Orange region as a centre of health and medical research and training in NSW,” Dr Parkinson said.

To arrange interviews with Dr Christopher Parkinson contact Bruce Andrews at Charles Sturt Media on mobile 0418 669 362 or via news@csu.edu.au