Research by a CSU PhD student explored the Australian Government’s counter-terrorism policies, and their impact on the Australian Muslim community following international terrorist attacks on and after 11 September 2001 (‘9/11’).

* Inaccurate, insensitive and negative media portrayal of Islam and Muslims and negative political rhetoric has had a significant detrimental impact on the Australian Muslim community. 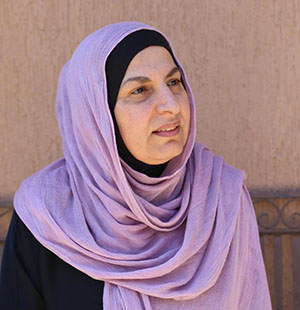 Research by a Charles Sturt University (CSU) PhD student explored the Australian Government’s counter-terrorism policies, and their impact on the Australian Muslim community following international terrorist attacks on and after 11 September 2001 (‘9/11’).

The study examined the Countering Violent Extremism (CVE) strategy that was implemented at state and federal levels after the terrorist attacks of September 2001 in the USA, in Madrid, Spain, in 2004, and in London and Bali in 2005. It surveyed leaders or representatives of peak, state and local organisations from Australia’s diverse Muslim community.

Dr Roude said the CVE strategy commenced under the Rudd government in 2009 with the creation of a CVE national framework, which was the first of its kind in Australia.

“The attacks generated new government responses and approaches by the US and its close allies − the Five-Eyes Partners, including the UK, Canada, New Zealand, and Australia − to the threat of terrorism,” Dr Roude said.

“Since 2001, the Australian Government has identified the community as a partner to defeat terrorism, and the academic literature in Australia and the UK has reiterated the importance of community engagement to any governments’ success in countering extremism.”

Dr Roude said her study reveals that the CVE programs were criticised by participants for being short-sighted in failing to interact with youth or build on community strengths.

“Participants further identified the programs as having poor evaluation processes and accountability,” she said.

“The number of Muslim organisations receiving government funding for CVE is very small, and the percentage of funding allocated to youth projects is limited, which is of vital importance in countering extremist ideologies.

“Participants highlighted that extremism is being addressed through a range of community-based channels that are not CVE funded.”

Furthermore, she said her study found that inaccurate, insensitive and negative media portrayal of Islam and Muslims has had a significant detrimental impact on the Australian Muslim community.

“The participants felt overwhelmed by this social challenge, particularly in relation to inadequacy of resources and skills, and the contribution to extremism,” Dr Roude said.

“There has been an increase in mistrust of the government since September 11 (2001), and participants viewed government rhetoric as strongly associating Islam with terrorism.”

Participants felt that public discourse about politicians’ views had directly contributed to youth marginalisation. They felt that improved communication and understanding of Islam is needed in the public arena, where Muslim community initiatives should be promoted to generate greater social acceptance and ultimately shift public discourse to focus on the politics of countering extremism within all Australian communities and separate this from the Muslim community.

One of Dr Roude’s thesis examiners noted, “The thesis makes an original and significant contribution to a series of crucial debates on the structure and utility of countering violent extremism programs in Australia, as well as the perceptions of media coverage by Islamic communities. The thesis contributes important insights that are useful for both academic and applied researchers and government.”

Dr Roude received her PhD at a CSU graduation ceremony in Sydney on Friday 31 August.