The Charles Sturt University (CSU) Australian Centre for Christianity and Culture (ACC&C) will co-host the 4th International Conference on Receptive Ecumenism in Canberra from Monday 6 to Thursday 9 November. 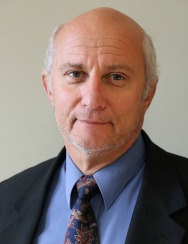 The Charles Sturt University (CSU) Australian Centre for Christianity and Culture (ACC&C) will co-host the 4th International Conference on Receptive Ecumenism in Canberra from Monday 6 to Thursday 9 November.

Executive Director of the ACC&C the Right Reverend Professor Stephen Pickard (pictured) said the conference will be the first major international ecumenical gathering in Australia since the Seventh Assembly of the World Council of Churches in Canberra in 1991.

"It will also come at an auspicious time, as it will commence just six days after the 500th anniversary of Martin Luther posting his 95 Theses on the door of the Castle Church in Wittenberg – the event that marks the beginning of the Reformation and the consequent divisions in the Western Church," Professor Pickard said.

"This conference will be the successor to, and build upon the work of, three similar conferences that have been held in England (2006 and 2009) and in the United States (2014).

"Those earlier conferences introduced the basic idea of receptive ecumenism, firstly within the Catholic tradition, and then more broadly across a wide range of Christian traditions. Since its inception, the concept has taken root in many diverse contexts around the globe." Church leaders across the ecclesial spectrum will attend the conference which has been endorsed by the Archbishop of Canterbury, the Ecumenical Patriarch, the World Council of Churches, the World Lutheran Federation, the World Methodist Council and the Pontifical Council for the Promotion of Christian Unity.

Approximately 140 participants from around the world will attend from all states of Australia and internationally from Germany, England, USA, South Africa, India, Belgium, Italy, New Zealand, Iceland, Sweden and Finland.

"It is about learning from other Christians in order to learn about ourselves.  It is a process of conversion, and openness to the Holy Spirit," he said.

"The essential principle of receptive ecumenism is summed up as the primary ecumenical responsibility is to ask not 'What do the other traditions first need to learn from us?', but 'What do we need to learn from them?'. The assumption is that if all were asking this question seriously and acting upon it then all would be moving in ways that would both deepen our authentic respective identities and draw us into more intimate relationship."

The conference will be held at University House, Australian National University, Canberra, from Monday 6 to Thursday 9 November 2017. More details here. 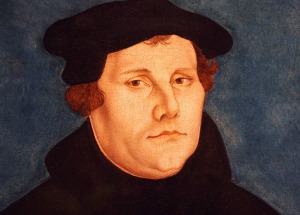 At the opening of the conference on Monday evening the Hon. Margaret Reid, AO, former Senator and inaugural chair of the Board of the ACC&C and now a Centre Ambassador will deliver a welcome to Canberra. Mr Bob Slockee, Australians Together (and resident at ACC&C) will play the didgeridoo. Catholic Archbishop Christopher Prowse (Board member of the ACC&C) will preach, and a formal address will be given by Professor Michael Welker from the University of Heidelberg, a keynote speaker at the conference.

On Wednesday 8 November 7.30pm at the Chapel of the ACC&C (Blackall St, Barton) there will be a public lecture by one of the world's leading Lutheran theologians, Professor Michael Welker. His topic; The European Reformation: Advocacy of Education and Liberation?

Prior to the lecture there will be a display of Reformation Bibles from the rather unique and rare collection held at St Mark's National Theological Centre.

Conference co-hosts with the ACC&C include the CSU Centre for Public and Contextual Theology (PaCT), and the Australian Catholic University.