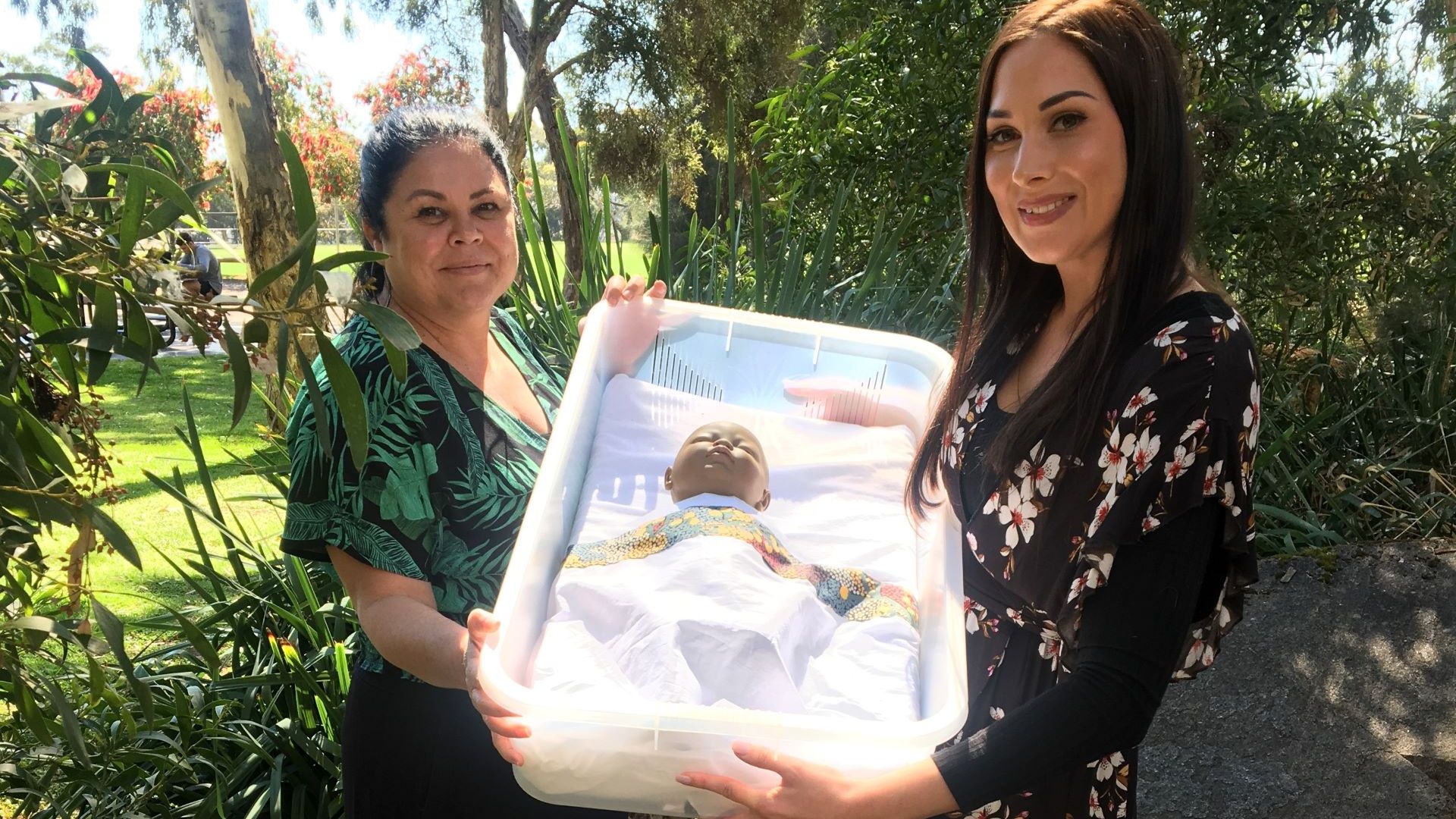 Aboriginal babies die from sudden infant death syndrome (SIDS) and sudden unexpected death in infancy (SUDI) three to four times more often than non-Aboriginal babies. This never has been and never will be OK.

Aboriginal babies die from sudden infant death syndrome (SIDS) and sudden unexpected death in infancy (SUDI) three to four times more often than non-Aboriginal babies. This never has been and never will be OK.

Charles Sturt University is working with Flinders University in South Australia, together with the Aboriginal Health Council of SA, the Women and Children’s Health Network (WCHN), and SA Health to do something about this.

Professor Julian Grant who is now Professor of Nursing in the Charles Sturt School of Nursing, Midwifery and Indigenous Health and Dr Nina Sivertsen at Flinders University were asked to support the exploration of the issue.

They are currently researching whether the ‘Pepi Pod®’ – a rectangular pod device that provides babies with their own sleeping space – is culturally-safe for First Nations families.

“Many families, including First Nations families, sleep babies in the family bed with them,” Professor Grant said.

“While bed sharing has many benefits, it is also associated with infant death and is not recommended by SA Health.”

Ms Wilhelmine Lieberwirth, an Aboriginal Cultural Consultant began action for culturally safe sleep at the WCHN by asking, ‘What else can be done to sleep Aboriginal babies safely?’.

The Pepi Pod program was selected as it prioritises safe sleep education alongside provision of a safe sleep space that can be placed in or alongside the family bed.

Dr Sivertsen said, “Together we did a small pilot study in 2016-17 to see if the Pepi Pod program was experienced as culturally-safe and if First Nations families would even use it.

“Families told us that one of the best parts of the Pepi Pod program is that ‘you don’t have to worry’, babies were in their ‘own little comfort zone’. Babies were ‘peaceful and safe’ and you could ‘see them’, ‘feel them’ ‘touch them’ and ‘hear them’, while baby slept safely in the pod.”

The research, ‘It looks like a breadbox’: a pilot study investigating implementation of the Pepi-Pod® program with Aboriginal families in metropolitan South Australia’, is published in the online journal Primary Health Care Research and Development, by Cambridge University Press (10 June 2021).

Ms Sharon Watts, an Aboriginal researcher on the project, said, “It is really important for First Nations families to feel close to their babies all the time, especially when sleeping.”

While some participants thought the Pepi Pod itself looked a bit too much like a ‘breadbox’, they found the sense of safety comforting and the education program was a great way to share safe sleep knowledge with family, friends and community.

Together they are finding out whether the Pepi Pod program is culturally safe and if it can be used in mainstream health services.

The project has also been profiled in a segment on NITV, ‘Innovative co-sleeping device aims to lower SIDS in Aboriginal communities’.

To arrange interviews with Professor Julian Grant contact Bruce Andrews at Charles Sturt Media on mobile 0418 669 362 or via news@csu.edu.au