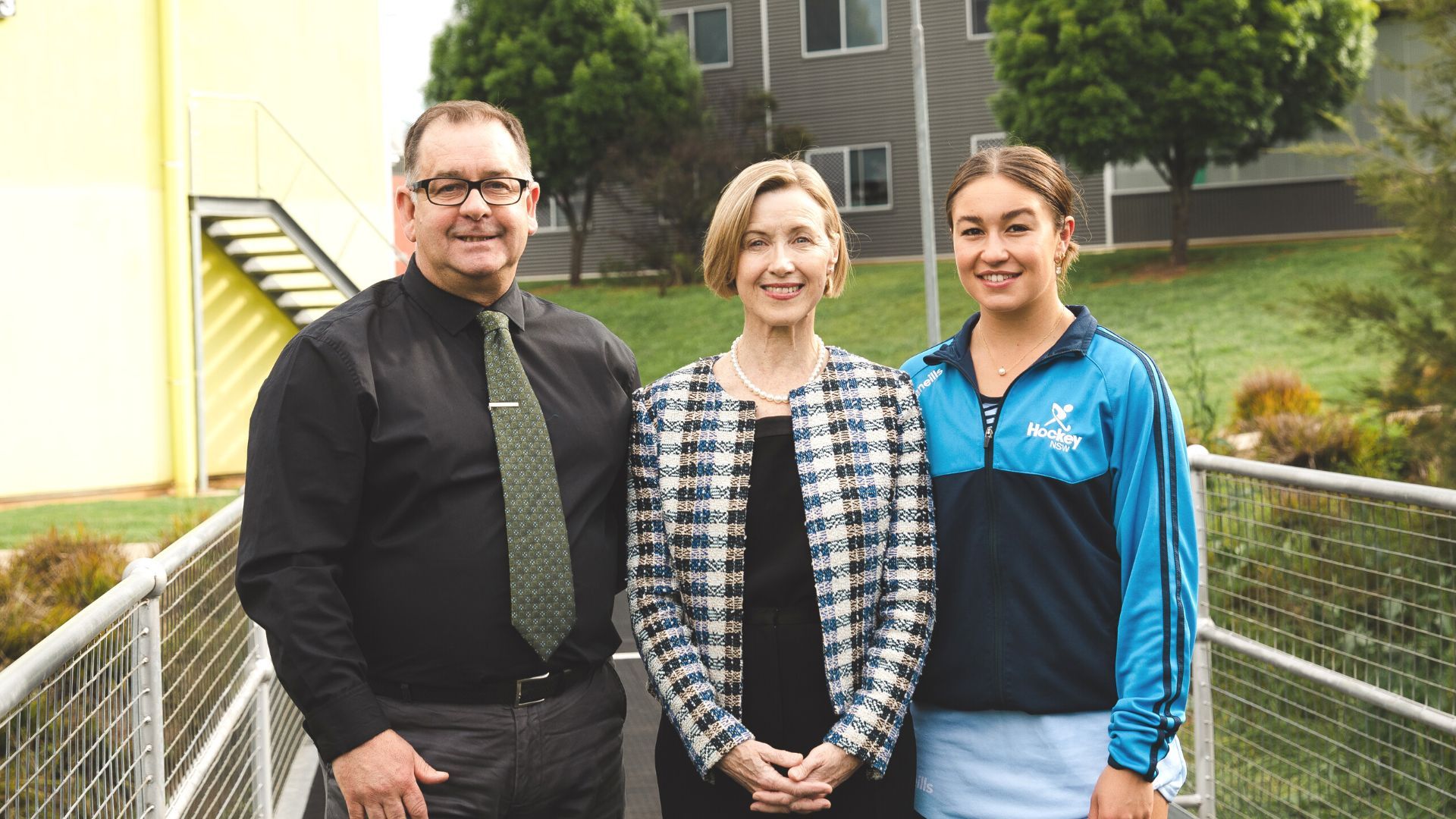 Seven hundred athletes from more than 60 countries will make Charles Sturt University their home when the Bathurst campus is transformed into the Athletes’ Village next year for the World Athletics Cross Country Championships Bathurst 23 (WXC Bathurst 23).

The University announced its role in the international sporting event which will be an economic win for the region, bringing thousands of competitors and spectators to the city.

More than 500 rooms, across five residential areas, will be occupied by athletes during the WXC Bathurst 23 and the University events team is preparing to provide thousands of meals over the three-and-a-half-day event.

“Charles Sturt is proud to be hosting the world’s best in cross-country running at our campus in Bathurst,” Professor Leon said.

“The Bathurst campus is the perfect location for the Athletes’ Village as it is the home of our Elite Athlete and Performer Program and offers a wide range of accommodation and support services which will ensure the athletes have everything they need during their visit to Bathurst.”

WXC Bathurst 23 General Manager Mr Richard Welsh was delighted to be partnering with Charles Sturt on the event.

“This partnership between Charles Sturt and WXC Bathurst 23 is critical to the success of these world championships. As a regional centre, every bed and facility is highly valuable and we need so much for our event. Of course, the location is ideal next to Mount Panorama, but I can’t wait to see a sea of athletes from around the world running and socialising around the Charles Sturt campus at event time,” Mr Welsh said.

“As alumni of Charles Sturt it’s a really proud moment for me professionally to bring the world’s best athletes back to the university that set me on my path to lead the delivery of such a major global event.”

"As the athletes tackle the course at Mount Panorama, Bathurst is reaching an ever-growing audience of potential visitors around Australia and the world, establishing the city as a must-visit destination in regional Australia."

"Congratulations to Charles Sturt and WXC Bathurst 23 for partnering and providing the athletes with the perfect place to stay for the event, right at the base of the iconic Mount Panorama.”

Hockey player and student in the Charles Sturt Elite Athlete Program Ms Hannah Kable said that an athletes’ village plays a vital role in supporting the well-being of high-performing athletes during competitions.

“An athletes’ village provides accommodation and meals which is an incredible support when you are travelling to compete as it offers you a home to go back to where your core needs are met,” Ms Kable said.

“These villages also bring together like-minded people who have common goals and a mutual respect for each other through their shared experience of the sporting journeys they’re on.”

WXC Bathurst 23 administration representatives may also be based at Charles Sturt in Bathurst one month before the event.

The Bathurst campus has hosted a range of visiting organisations over the years. Recent groups that have used Charles Sturt’s accommodation facilities include the NSW Police Force and V8 Supercars race teams during the 2020 and 2021 Bathurst 1000.

Before this, Charles Sturt in Bathurst was honoured to host the members of the band for the opening and closing ceremony of the 2000 Olympics.

A Memorandum of Understanding (MoU) between Charles Sturt and WXC Bathurst 23 also provides for the development of an Engagement Program to give students practical work experience at the event which aligns with their fields of study.