Gaining an international perspective on new technologies and farming practices is behind an overseas study trip by 27 CSU students.

Equipping the next generation of agricultural scientists and business managers with an international perspective on new technologies and farming practices is behind an overseas study trip by 27 Charles Sturt University (CSU) students. 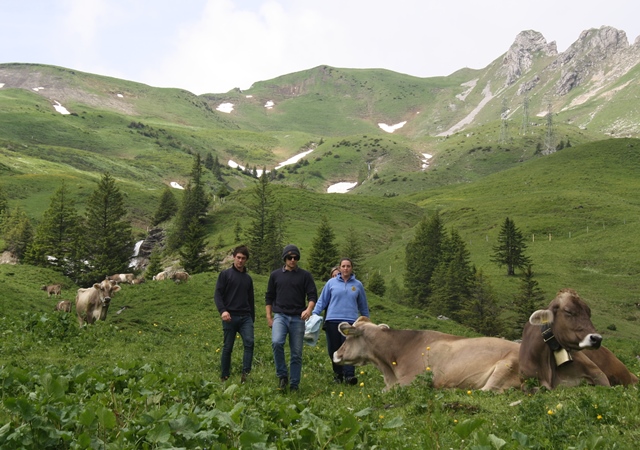 The students have recently returned to their on campus and online studies in agricultural science, agribusiness management and horticulture following their 16-day agribusiness tour of four European countries.

Arriving in Paris, the students visited what is hailed as the largest fresh food market in the world the Marche de Rungis, which spans 230 hectares of covered market space.

Using a farm stay in the western French commune of Challans as a base, the students then explored sections of the agribusiness chain from crop production to input controls and regulations as well as complex land ownership and product identification loops.

A robotic dairy in France and alpine herd management in Switzerland provided clarity on the international high levels of concern for animal welfare, and the importance of the ability for a consumer to trace the product from the farm gate to plate.

Both students have described the robotic dairy near Nantes as 'fascinating' and Ms Skalski said, "The technology behind the machine is brilliant. The computer is able to communicate with a collar on the cow and therefore provides lots of information to the farmer on the health of the animal.

"The cattle over in France were also kept in barns for the majority of the time, which I found interesting, as cattle over here in Australia live outside. But then again, the climatic conditions are very different," Ms Skalski said.

Ms Munro said, "Although there is robotic dairy technology in Australia it is not as actively used. I found it highly useful for farmers to have additional time for family instead of 'being married' to the cows. The technology reduces the intensive labour component of dairy farming. This frees up farmers to focus on other areas of their business.

"The robots can even identify cattle which need to be artificially inseminated or which require medical attention such as antibiotics for mastitis," she said.

The students also got first-hand experience of the unique Groupement Agricole d'Exploitation en Commun, or GAEC, farming structure in France.

Ms Dymond said the GAEC structure involves a group of usually three to five working farmers forming an association to improve efficiencies and allowing for transfer of land ownership.

"It improves economies of scale and provides a mechanism for younger people to become farmers, with tax and subsidy benefits."

Ms Munro said, "I found the GAEC structure interesting as it assists young farmers to be actively involved with a property without the huge financial burden of having to have the money to purchase their own land.

"I feel as though that this takes the pressure off young farmers who want to own land. However if their family has property, they're guaranteed a portion of the land through inheritance." 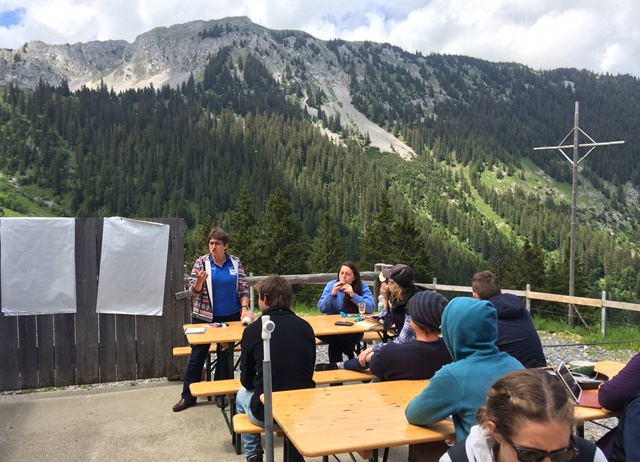 "Primary agricultural production is generally more labour intensive partly due to the size of the properties and accessibility of properties in the mountainous regions as well as the complexity of the land title system.

"Most farms integrate animal production with a range of cropping systems, often including additional income streams such as farm shops or sustainable energy production."

Reflecting on the international study trip, Ms Munro said, "It allowed me to witness and come to understand a range of agricultural practices and cultures that I would not otherwise have been able to experience."

Ms Skalsi believes an international study experience is something that every student should do at some stage during their degree.

"I found myself forging strong relationships with the other tour 26 participants, having pretty much once in a lifetime experiences and really defining what direction I want to take my studies and what career path I want to take once I graduate."

-        27 students from CSU in Albury-Wodonga, Orange, Wagga Wagga, the Muresk Institute in Western Australia and those studying through CSU online visited Western Europe from Saturday 18 June to Tuesday 5 July, 2016.

-        Themes for the tour included animal ethics and welfare, subsidies, sustainability, land ownership and use, technology and labour, energy and water, bio and organics.

Ms Kaitlyn Munro is from Camden, south west of Sydney. She is studying a Bachelor of Agricultural Management at CSU in Orange and hopes to pursue a role in agribusiness communications to assist farmers communicate their agricultural practices to the wider community.

Ms Casey Skalski is studying a Bachelor of Agriculture by CSU online. She lives in Victoria.

Photos: CSU students with cattle on Flunalp in the Swiss Alps.

A lecture for CSU students in the Swiss Alps.