Breaking through the concrete ceiling

The new engineering course at CSU is aiming to change the face of the profession in Australia by seeking more balanced perspectives. 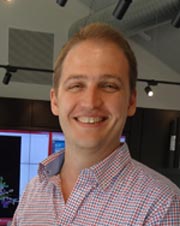 The new engineering course at Charles Sturt University (CSU) is aiming to change the face of the profession in Australia by seeking more balanced perspectives.

Foundation Professor of Engineering at CSU, Euan Lindsay, said the new CSU course wanted more women in its program and in the male-dominated profession to re-balance perspectives on engineering problems.

"If you want to train engineers to solve problems for all of society, then you want to make sure that the people you are training are representative of all society, not just a particular subset.  The stereotypical engineer – try a Google image search – Is a bearded man in a yellow hard hat.  The reality of engineering in practice is so much more."

Professor Lindsay said the under-representation of women in Engineering is a well-known problem, and the importance of attracting women into STEM (or Science, Technology, Engineering, and Mathematics) careers has received a lot of recent attention lately.

"Charles Sturt University is taking a different approach to addressing the gender gap," he said.

Professor Lindsay believes women are attracted to STEM fields such as engineering, but Australian society has to do less to repel them.

"There is a lot of narrative about doing more to encourage women into STEM careers, and I think that's misplaced," Professor Lindsay said. "Our problem is that we need to do less to discourage them.

"Talk to girls in Year 7 and 8 and they love maths and science, they think it's awesome.  But somewhere in the next four years at high school, we repel them. They hear a message that 'maths and science are not for you'.  It's not deliberate, but we reinforce the message in the role models we show and the examples we use when we say 'this is engineering'.

"We can't give them reasons to think that engineering is a bad choice."

Professor Lindsay asserts the new CSU program expands the pool of engineering talent, and changes the ways all students think.

"Most engineering programs select their students solely on the basis of ATAR, with a focus on their scores in mathematics subjects.

"The reality is that solving more equations doesn't necessarily make you a better engineer; and it is the other skills – the socio-technical skills where traditionally women are stronger– that we seek to capture in our selection process."

However, it is not just recruiting more female students that distinguishes the CSU Engineering program.

"The problem with women in engineering is actually the men," Professor Lindsay said.

"You need to build a learning environment that encourages all students to think about the issues facing all of society, not just the people that are like them.

"We have a new building at Charles Sturt University designed to include families – the nature of the space reinforces that children are a perfectly normal thing.

"For 18-year-old boys straight out of school, parenthood is the last thing on their minds. As soon as you see parents in an engineering building, you think 'How do we use the building and how does this change the space I am in? If I am going to design the next building, what would I include in the spaces?'"

Professor Lindsay is adamant on the role of women in adding to diverse perspectives needed for the modern engineering degree.

"We need to capture the skills that women are traditionally good at, and remove the barriers that repel women out of engineering. At Charles Sturt University, we have built a program friendly to women engineers, friendly to women who are going to create new products, and addresses the causes of why women are not choosing STEM."

Professor Euan Lindsay and the CSU Engineering course are based at CSU in Bathurst. The first group in the CSU engineering degree comprises 29 students, including five female students.