A study led by CSU ecologists is investigating whether the exclusion of feral livestock from waterholes can restore refuges for native animals and plants in savannah ecosystems in northern Australia. 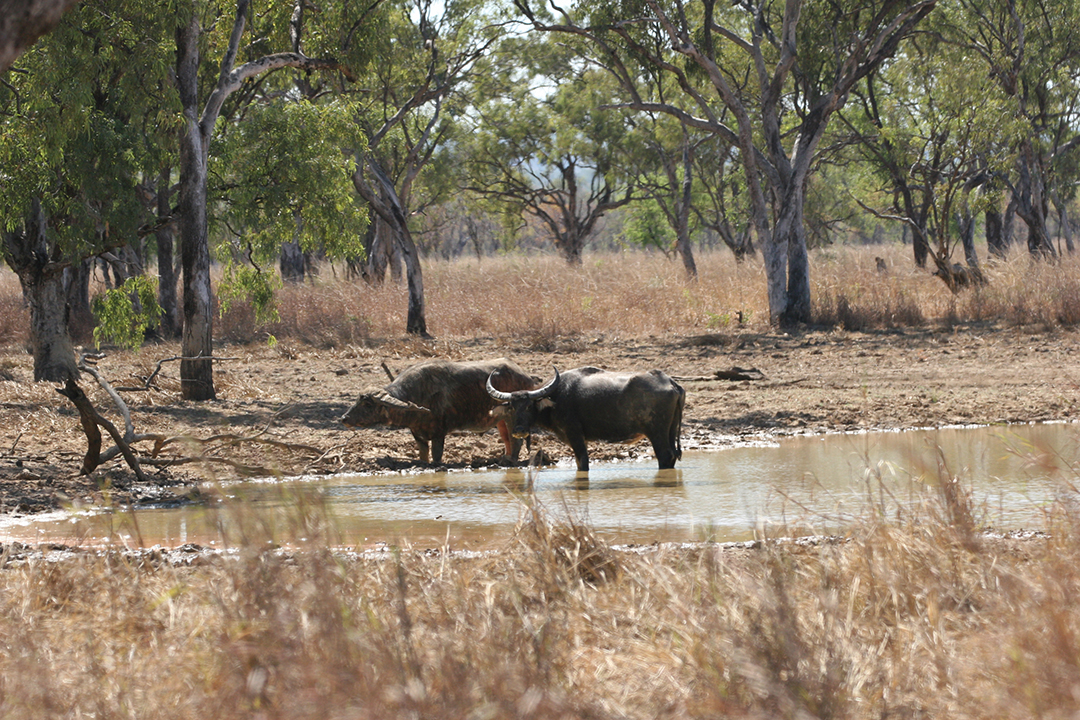 A study led by ecologists from Charles Sturt University (CSU) is investigating whether the exclusion of feral livestock from waterholes can restore refuges for native animals and plants in savannah ecosystems in northern Australia.

Feral livestock such as water buffalo, cattle, horses and pigs congregate around waterholes because their diet requires frequent drinking, especially during the northern dry season. However, many native mammals and birds also rely on these waterholes and the surrounding vegetation for their survival.

The study takes place in the newly established Limmen National Park in the semi-tropical savannah grasslands of the Northern Territory (NT).

- Aim: To investigate whether the exclusion of feral livestock from waterholes is a cost-effective management option to increase biodiversity and conserve native flora and fauna in Australian savannahs.

- Location: Limmen National Park, Australia’s newest (established in 2012) and second largest national park, 275 km southeast of Katherine and 65 km from Borroloola on the Gulf of Carpentaria.

- The Gulf region, including the current park, has a long history of extensive cattle grazing over vast areas since the 1870s. As a result, feral livestock populations have increased dramatically over the past 150 years.

- The study: Feral livestock are excluded from 10 seasonal waterholes using fencing. The study will compare the rates of change in water quality, vegetation, and native mammal and bird populations in those fenced sites with 10 unfenced, control sites.

- Key early findings: Discovery of endangered animal species in the Park, including the threatened Gouldian finch, which was only last year confirmed as nesting in the park.

- Other animals which may benefit from the exclusion experiment include insect eating birds such as rainbow bee-eaters and flycatchers, seed eating birds such as finches and doves, and native mammals such as agile wallabies, euros, wallaroos and dingoes that also depend on these waterholes. 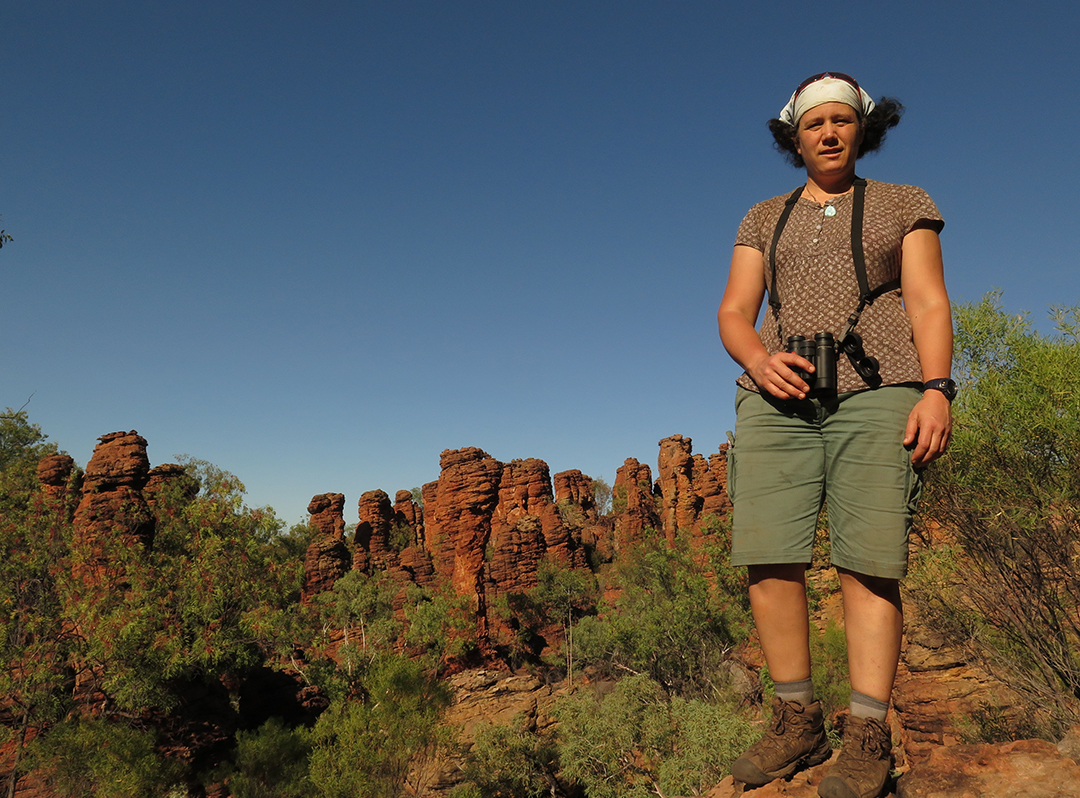 “Unfortunately, feral ungulates not only compete with native animals for water, they change the whole ecosystem around the waterhole,” said Dr Massaro, pictured left.

“Due to their large size and hooved feet, they compact soils around waterholes, create muddy wallows, and graze heavily on nearby vegetation.

“We can’t get rid of the feral ungulates in the National Park - the area is too large and we only have two rangers. So, small-scale fencing may be one cost-effective alternative in areas where management resources are limited.”

Dr Massaro expects to see big changes in vegetation after the 2018 wet season.

Contact CSU Media for interviews with Dr Melanie Massaro, who is based at CSU in Albury-Wodonga. PhD student Ms Helenna Mihailou is based at Limmen National Park in NT.

The research project titled ‘Can excluding feral livestock from waterholes recreate refuges for savannah birds and mammals?’ runs from 2017-2020, with funding of over $72 000 from the Hermon Slade Foundation. An additional $3 500 from Birdlife Australia will look into ‘The impact of feral ungulate visitation to ephemeral savannah waterholes and their flow on effects for native birds’.