Children, ads and the ethics of Facebook’s revenue optimisation

A CSU academic says concern is justified about Facebook's ethics as it strives to maximise revenue by targeting advertising to children and youth who use it. 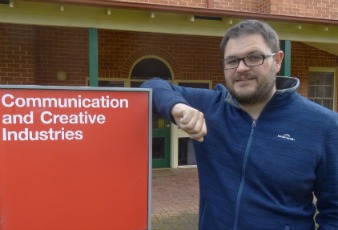 A Charles Sturt University (CSU) academic says concern is justified about Facebook's ethics as it strives to maximise revenue by targeting advertising to children and youth who use it.

Lecturer in communication and digital media in the CSU School of Communication and Creative Industries in Bathurst Mr Travis Holland (pictured) said, "Advertisers have long desired to target either children, who are seen to have 'pester power', or teens and young adults, who are thought to have more disposable income.

"In many ways, Facebook's approach in this regard appears superficially similar, but it is much more fine-grained."

Mr Holland said it is important to understand that Facebook uses information that users have given it when they subscribe and agree to its terms in order to 'monetise' their personal data.

"Since social media sites are nominally 'free', there is increasing pressure on them to ensure they have robust revenue streams to justify their sky-high values. Sites such as Twitter are really under pressure in that regard, so many will do what they can to find new sources of revenue and revenue optimisation.

"Facebook's operational algorithms collect things such as age, gender, relationship status and location to define users, then their specific characteristics to display targeted ads. Thus the concerns about unbridled advertising to children and young people.

"Facebook has built fairly robust image-matching software that can identify what is in photos posted, so they may not be targeting people based only on text.

"In many ways, Australia's powerful and concentrated media ownership means Facebook has a harder time breaking into advertising sales here. We're also perhaps a bit more wary about giving away as much personal information online.

"Although there are suggestions that growth in advertising spending on Facebook in Australia is slowing, that's not to say it's going backwards."

Mr Holland said that research by the Children's eSafety Commissioner showed that Facebook is one of the most popular social networks for both children and teens. Fifty six per cent of kids say they use it, second only to YouTube, while 90 per cent of teenagers said they use it.

"It's important to talk to children about how they use social media, and point out some of the dangers posed," Mr Holland said. "But parents attempting to put a blanket ban on their children's use of it would likely encourage them to hide their use rather than stop it."

Mr Holland notes that Facebook's research program has a history of courting controversy.

"Its so-called 'emotions study' in 2014 showed that you could incrementally shift user sentiment in posts by showing them posts with that sentiment expressed by other users," he said. "In many ways, these very large companies are able to do research that is beyond the capability of universities and others because they simply have access to so much more data.

"This poses a problem because they don't necessarily have the same long-developed ethics frameworks as other institutions."

Mr Holland has elaborated on Facebook's approach to advertising in a recent article in The Conversation https://theconversation.com/how-facebook-and-google-changed-the-advertising-game-70050