Many city people enjoy living near healthy, natural rivers, but real estate valuers, town planners and economists find it difficult to place an economic value on this desire.

Many city people enjoy living near healthy, natural rivers, but real estate valuers, town planners and economists find it difficult to place an economic value on this desire. 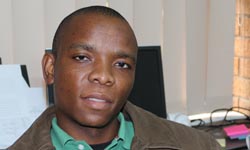 While trying to put a value on the enjoyment of nature, an economics researcher at Charles Sturt University (CSU) in Bathurst has found that urban residents in houses near more natural waterways with more vegetation and less modified banks were willing to pay extra for these features.

"This was reflected in higher sale prices and rent paid by residents in this environment compared to those living near more disturbed waterways," said Mr Buyani Thomy, who is completing a PhD based on this research with CSU's Faculty of Business, Justice and Behavioural Sciences.

"After accounting for multiple factors that affect selling prices, my research showed that improving the condition of both river channels and vegetation along rivers also leads to higher house prices than when only vegetation was improved." 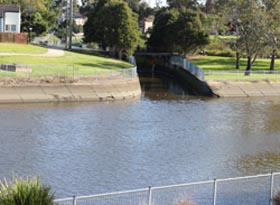 "People demonstrated that they don't want to live in a 'bare and barren' ecological state which has little vegetation and highly modified channels. So any improvements will produce the highest gains in property prices."

Mr Thomy found that there were minimal rises in house prices once the river and vegetation had already been modified and further modification was carried out. However, residents were found to place a higher premium for waterways with the highest quality with unmodified channels and good condition vegetation.

"Therefore, planners and developers should seek to improve riparian areas including removing the traditional concrete on banks and replanting native vegetation to get the best return on investments and development policies, particularly in cities."

Mr Thomy's research was focused in southern Sydney along the Cooks River and the Georges River catchments under the supervision of Professor Mark Morrison and Dr Roderick Duncan from CSU's Institute for Land, Water and Society. They collaborated with the City of Canterbury Bankstown Council, Fairfield City Council, NSW Local Land Services (Greater Sydney), Sydney Water, CSIRO and Virginia Tech University in the USA.

"The health of rivers running through urban areas is important for sustainable living, but to date there has been a lack of value estimates available to aid communities in making decisions about improving urban river health," Professor Morrison said.

"Buyani's project has applied what are known as hedonic pricing techniques to identify how household recreation and amenity values change with the health of an urban river and the economic benefit for communities bordering the river.  It is one of the first studies internationally to demonstrate the value of improving river channels as well as riverside vegetation."

Mr Thomy said previous studies on valuing changes in river health in Australia were carried out in agricultural areas or in areas of high biodiversity, not in urban areas where most people live in Australian.

"I wanted to address this imbalance and assist in investment priority setting. I am using economics to measure the value people place on the recreation and natural amenities they get from urban waterways. Our findings showed that local residents do have a preference for proximity to healthy urban waterways and they are paying more to live nearby the healthy waterways," Mr Thomy said.

"I also extended this approach to include property renters and used multiple measures of riverine health. This is particularly important as the values of renters tend to be neglected in similar studies for environmental amenities.

"I found renters also preferred healthy urban waterways but they placed a lower premium on the improvements than homebuyers."

Mr Thomy plans to graduate from CSU later in 2017.

Mr Buyani Thomy has completed his PhD studies as part of a larger research project titled 'The Value of River Health to the Residential Community of the Georges and Cook River Catchments'. For interviews with My Thomy at CSU in Bathurst, contact CSU Media.

A previous story outlined the size and scope of Mr Thomy's project.The project, 'The Value of River Health to the Residential Community of the Cooks and Georges River Catchments' (2013-2015), was funded by the City of Canterbury Bankstown, Charles Sturt University, the Commonwealth Scientific and Industrial Research Organisation (CSIRO), Fairfield City Council, NSW Local Land Services (Greater Sydney), and Sydney Water.