A new book by a CSU academic argues that the reason Western culture has difficulty coming to terms with climate change and global ecological degradation is because the content that appears on the contemporary television screen contributes more to the perpetuation of these problems than do any number of motor vehicle exhaust pipes, industrial chimneys and unfiltered drains. 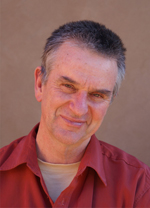 A new book by a Charles Sturt University (CSU) academic argues that the reason Western culture has difficulty coming to terms with climate change and global ecological degradation is because the content that appears on the contemporary television screen contributes more to the perpetuation of these problems than do any number of motor vehicle exhaust pipes, industrial chimneys and unfiltered drains.
Television and Climate Change – The Season Finale, by Dr Bruce Fell, a researcher and lecturer at the CSU School of Communication in Bathurst, examines what he sees as the significant connection between climate change and that most human of technologies, television.
He argues that a deep appreciation and understanding of contemporary television helps us appreciate how the multiple internet screens, handheld image devices and desktop computers tap into the same dominant, ecologically destructive Western worldview.
“I think the academy has forgotten about TV in the face of the Internet. I think this is dangerous,” Dr Fell said. “On a planet with approximately 39,000 television stations, why aren’t television networks programming for a sustainable Earth? We see and understand what’s happening, yet, as one more TV ratings season ends and a new season starts, the ice caps keep melting, and the soil, wind and oceans continue their climate changing narrative.
“The literature on global ecological degradation is substantial, but the reasons Western society is having difficulty coming to terms with the issue is less understood. Understanding the relationship between humans, ecological awareness and ‘the screen’, particularly television, is more central to our personal and community well-being than is currently given credit.”
Dr Fell argues that current interpretations of ‘the screen’ are limited, and the screen needs to be understood across the sweep of humanity for what it is, what cogitative archaeology calls the surrogate cortex.
“Any artefact that functions as a surrogate cortex is a screen. This opens another way of perceiving the Western worldview, and television. Once local, now global, the screen is central to our personal and community well-being, and the dominant screen is television,” he said. 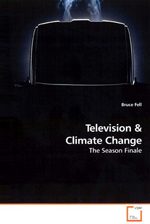 “I lecturer in visual communication, and my ongoing research into the daily lives of my university students, their families and friends continues to reveal that television remains the dominant screen in the home. The mass media, in particular television, is centre stage in presenting to contemporary society the story of our time. For about 99.9 per cent of human history the screen has been an external influence, like relatives whose influence and persuasion was distant. In the latter half of the twentieth century television became the screen by which most people got to know about nature, society and publicly important events and issues. Television marks a point in time when the screen entered the home, permanently, and it has become the ‘third parent’.”
Dr Fell argues that in the twenty-first century, as billions of people the world over regularly view television, the planet’s ice caps, rainforests, soil and oceans continue to be depleted. Television has a particular influence and one that is yet to be, and probably won’t be, overtaken by the domestic computer, because the ongoing convergence between television and computer technology indicates that rather than compete for our attention, they are merging. The digital revolution has taken us further away from both community and ecological awareness, and climate change is a symptom of living in an environmentally unaware civilization.
“The difference in content between the large fixed screens and small portable screens decreases everyday. Television is the hub; the other screens are the spokes. The tragedy is that the domestic TV screen has the potential to contribute more to the restoration of global environmental equilibrium than any amount of worthwhile placard waving, petitioning or emission trading schemes,” he said.