CSU research shows more Coalition voters accept climate change is real and are willing to pay nearly as much as Labor voters for carbon policies such as a carbon tax or direct action.

Research from Charles Sturt University (CSU) shows more Coalition voters are accepting climate change is real and are willing to pay nearly as much as Labor voters for carbon policies such as a carbon tax or direct action.

The study, by Professor Mark Morrison and Dr Roderick Duncan in CSU's Faculty of Business, compared two national surveys completed by over 4,200 voters from all political persuasions in 2011 and 2016 on their 'willingness to pay' for three government policies that address climate change – 'direct action' on carbon pollution, levying a carbon tax, or establishing an emissions trading scheme. 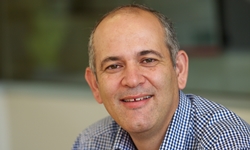 Professor Morrison, who is based in Bathurst, said that while the electorate in 2011 was relatively divided about whether to support climate policy, "In 2016 conservative Coalition voters have shown far greater support for political action on climate change than in 2011."

"While Greens voters showed a relatively constant willingness to pay for climate policy and this declined somewhat for Labor voters, it increased markedly among Coalition voters," Professor Morrison said.

"Beliefs are converging across all political orientations about the importance of climate policy, regardless of whether people vote Labor, Liberal, National or Greens.

"Importantly, younger Coalition voters, aged between 18 and 40, also showed a significantly greater willingness to pay for climate change policies. This suggests that that, over time, they will increase pressure on their elected representatives for genuine and substantial action on climate change."

The researchers also consider that the attitudes of Coalition voters towards climate change have changed since 2011. "Results in the 2016 survey showed a greater proportion of Coalition voters were concerned about climate change and believe that they have experienced it, with nearly two in three agreeing that climate change is happening and 45 per cent agreeing it is caused mostly by human activities," Dr Duncan said.

"When considering where the Coalition voters lived, the greatest change over the five years was among those in capital cities, where they increased their willingness to pay for a carbon tax and direct action policies by more than 60 per cent, while those in small rural towns slightly increased or even decreased," Professor Morrison said.

"These findings suggest a growing consensus in the electorate regarding concern about human induced climate change and the need for action. The findings also suggest that the Coalition's reluctance to undertake more substantive climate change action is now out-of-step with the preferences of its own supporters."

For interview or pictures with Professor Mark Morrison based in Bathurst, contact CSU Media.Details on the research are available from CSU Media.

More information is also available in the appendix here.