A CSU expert in the economics of climate change policy, Professor Kevin Parton, is urging the Federal Government to support the Renewable Energy Target (RET). 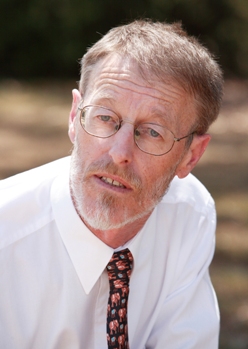 A government-commissioned review has recommended scaling back the scheme but Professor Parton, a senior researcher with CSU's Institute for Land, Water and Society, believes this would be a mistake.

He believes the review, led by businessman Dick Warburton, is short-sighted, is based on dubious cost assumptions and overlooks the environmental impacts of the RET.

"The purpose of the Renewable Energy Target is to encourage Australia to invest in renewable energy at reasonable cost," he said.

"To date, this objective has been so satisfactorily achieved that most analysts regard the RET as one of the Government's most successful policies.

"Greenhouse gas emissions are falling and, under the RET, Australia is likely to achieve the 2020 target of 20 per cent of power generated from renewable sources."

Professor Parton said the review has focused on only short-term costs and benefits.

"There are now a number of estimates of the cost of the RET to consumers,." he said.

"Depending on the assumptions you make about, for example, future cost of generating power from renewable sources, the calculation shows either a small increase, or a small reduction, in consumers' electricity bills.

"The review has used an analysis that has both wind and solar power generating costs at the higher end of the range. The consequence is that the calculation results in a small net cost to consumers."

Professor Parton is also concerned that the environmental costs and benefits of the RET have not been included in the review.

"This is a significant omission, given that reduction in greenhouse gases is an important target of the scheme," he said.

"The benefits of developing local expertise in the renewable energy sector have also not been assessed, and these benefits could be considerable.

"If Australia did cut the RET, we will lose the momentum that has been built-up and it will cost much more to re-invigorate the development of renewable energy at a later date.

"There are two other positives of continuing the RET that can easily be overlooked. International equity will be invested in Australia instead of elsewhere, and there is no cost the taxpayer of the RET - it is cost neutral to the Government.

"Finally, we need to keep in mind that the electricity supply industry of 2030 will be considerably different from today. Much of the coal-fired generating capacity will have been replaced by renewables.

"Through the RET some fledgling steps have been made in an orderly manner towards such a clean energy future for Australia. It would be a mistake to jeopardise this future by an ill-considered change in policy at this juncture."