National Water Week focuses Australia on issues that affect one of the nation’s most precious and most scarce resources - water.

National Water Week focuses Australia on issues that affect one of the nation’s most precious and most scarce resources - water.
Experts from Charles Sturt University (CSU) are available to comment on water issues surrounding agriculture and the environment, including the upcoming release of the Murray Darling Basin Plan and its effect on water users in the Basin. Associate Professor Phil Eberbach, School of Agricultural and Wine Sciences, based in Wagga Wagga, says, “For a substantial period we have encouraged farmers to take up water for intensive irrigated production in the Murray Darling Basin. The consequence has been the production of cheap high quality food, but at an environmental cost. There needs to be a balance between the recovery of water for the environment and an assessment of ‘environmental good’, traded off against some loss of production from irrigated agriculture and the consequence of this for securing our food supply. It’s my belief that the debate needs to be wider, and that people need to consider the delicate balance between national and global food supply and the requirements of the environment.” 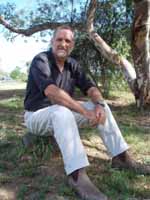 Professor Max Finlayson, Director, Institute for Land, Water and Society (ILWS), Albury-Wodonga: “Only 75 percent of the old growth red gum forest would be saved with 4 000 gigalitres of water allocated for the environment each year, according to the draft Murray Darling Basin Plan. If only 2 800 gigalitres or less are actually allocated under the final Plan, as reported recently in the national media, wetlands aren't being properly considered at Murray Darling Basin Authority meetings. Board members should be talking to the wider ecological community and getting a better perspective of the ecological outcomes of their decisions. Can they justify their decisions in terms of the legal requirements to maintain the rivers and wetlands? We hear talk about them talking to a small number of ecologists, and it’s good these people are there, but are they talking to the wider ecological community? If they are, what is being said?”

Dr David Mitchell, adjunct professor with ILWS, Albury-Wodonga:” It is not possible to remove the hardship and inconvenience caused by drought and periods of low rainfall which are characteristic of the Murray Darling Basin by any sensible allocation of water resources based on expectations. Farming communities cannot be consistently protected by allocating water ahead of time without causing potentially long-term damage to the aquatic environment on which the nation ultimately depends. Like it or not, agricultural productivity in the Murray Darling Basin must be opportunistic rather than planned. In difficult years, it will clearly be necessary to sustain the welfare of adversely affected communities in the Basin by calling on resources from elsewhere. I appreciate that many Australians will be quite hostile to this suggestion, but the current approach is, in reality, not consistently sustainable.”