Announcing election promises is the 'bread-and-butter' of election campaigns, but how can Australian voters sort out the credible announcements from the 'election hype'? 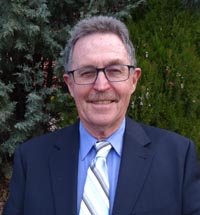 Announcing election promises is the 'bread-and-butter' of election campaigns, but how can Australian voters sort out the credible announcements from the 'election hype'?

Professor Murphy said, "When one party announces increased funding for childcare and another a new piece of infrastructure, they are both important announcements for different parts of the electorate.

"But what is the information voters should seek in order to judge and compare these promises and policies?"

Professor Murphy considers that, all too frequently, announcements in the media are no more than bald promises. "But they still need to be properly assessed by voters in order for them to effectively participate in elections."

He said, "Assessment by a voter starts with the promise itself. For example, does one party's promise about childcare deliver a better outcome for me and my family than that proposed by the opposing party? One promise may change the way childcare is delivered, while the other may be more funding for the existing program.

"But the promise is only one part of the story. Voters need to look beyond total expenditure and ask 'how is the promise delivered?' and 'who benefits?'."

Professor Murphy said, "Voters need to understand, and secure an explanation, about the possible sources of funding to pay for the promise, and discern what must be given up for the election promise to be delivered.

"Remember, there are only three possible sources for funding election promises: cutting other government spending, increasing taxes and borrowing the money.

"Finally, to assess election promises, voters should consider the positive and negative spin-offs from the promise itself or the funding of the promise," he said.

"Promises that increase spending increase growth and employment. For example, a new road employs road builders. And spending may have additional positive spin-offs for the national or local economy, such as making it more efficient, growing faster and creating more employment. Education, child care support, and research spending can also fall into this category.

"Government borrowing for promises can also have negative impacts by putting upward pressure on interest rates, putting at risk credit ratings, and, in the long run, increasing taxes," Professor Murphy said."In the midst of a long election cycle, we must remember that political promises are not free gifts to the Australian people. They all have a cost and frequently have positive or negative spin-offs for our nation."

For interviews with Associate Professor Tom Murphy, who is based at CSU in Bathurst, contact CSU Media.