Never too old to learn at CSU

Driven by his mantra 'of having a go', 73 year-old Mr Mike Strange has just been accepted into CSU's early entry scheme, known as the Principal's Recommendation Entry Program.

Driven by his mantra ‘of having a go’, 73 year-old Mr Mike Strange has just been accepted into Charles Sturt University’s (CSU) early entry scheme, known as the Principal’s Recommendation Entry Program (PREP).
PREP is an early entry scheme designed to attract academically talented students from high schools and TAFE's in non-metropolitan areas in NSW, ACT and Victoria. A PREP function to welcome future students will be held at CSU in Bathurst at 10am on Wednesday 5 December. 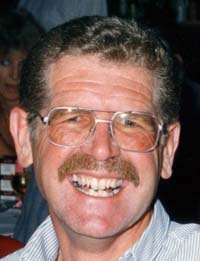 Mr Strange has just completed his studies at the TAFE Lithgow campus where he topped history, and literature and language.
The former small business operator and father of two grown-up children, who lives at Wallerawang between Lithgow and Bathurst, has been a ‘jack of all trades’ ranging from working in a bank to being a security dog handler.
Now retired, he intends to study a Bachelor of Arts at CSU in Bathurst, majoring in subjects such as sociology and law.
Mr Strange said his aim is to further his education so that he can help the community.
“I don’t want to be a professional student, I want to get a degree, gain some knowledge and then go and put it to use, even if that is in a voluntary capacity,” Mr Strange said.
Mr Strange said he didn’t enjoy school, but during his life he had tried to make the best of whatever opportunities had come his way.
“I left school early so to now be accepted into Charles Sturt University is one of the highlights of my life,” he said.
“I’ve been at the school of hard knocks, so I think I have a lot to contribute.”
Mr Strange also paid tribute to the teachers at TAFE who he said had really supported him.
“There’s no doubt in my mind that without their support I wouldn’t be in this position today,” he said.
“I really owe them all a great deal for keeping me going and encouraging me so much. They were fantastic and deserve a lot of praise.”
CSU is committed to supporting regional students to gain access to higher education. A successful PREP application guarantees selected students an offer to their nominated course at CSU prior to the mainstream selection system, which is based on the Australian Tertiary Admission Rank (ATAR). This means applicants could be made an offer to study their nominated course at CSU before their Year 12 results are known.