Politics and economics to impact 2017 Budget

CSU has a number of experts available to comment on the 2017 Federal Budget.

Charles Sturt University (CSU) has a number of experts available to comment on the 2017 Federal Budget. 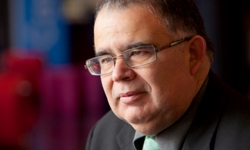 These include Associate Professor of Political Science, Dominic O'Sullivan, who said that the federal government is taking a political risk with its proposed cuts to education in next week's Budget.

"The 'Gonski 2.0' proposals are intended to bring equality and simplicity to school funding in the way of the Gillard Government's original Gonski proposals," Professor O'Sullivan said.

"However, the Government is proposing to implement the plan with significantly less money and has the Catholic education system arguing that it is significantly and unfairly disadvantaged.

"Former prime minister Mr Tony Abbott has taken the Catholic side in the debate to expose ongoing tensions within the government and take attention away from the 'positive spin' that government's need to achieve with the Budget.

"University students and graduates, as well as universities, are also unhappy with recent announcements and are a sizeable voting block. They are particularly vocal and are interfering with the government's preparations for a 'good news story'.

"Categorising debt into 'good' and 'bad', and measures to address housing affordability, are also likely to be politically controversial features of this Budget," Professor O'Sullivan said. 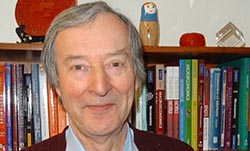 Professor of Economics, John Hicks, believes that political and economic factors appear to be impacting the Budget.

"Broadly, the national economy appears to be travelling reasonably well, although expectations of sustainable steady growth are fragile.

"The Reserve Bank of Australia (RBA) expects wages, household spending and business investment to remain weak, with exports providing the impetus for any increase in demand for Australian output as the global economy expands. This fragility is underscored by the decision to leave the cash rate on hold, with the hope that it will help increase private investment.

"On the other hand, the federal Treasury expects consumption to grow as households opt to spend their accumulated savings, which may see interest rates rise without RBA action and a further squeeze on investment.

"The federal government will also need to address the Budget's structural deficit. However, this is not a viable option for the government with uncertain prospects for economic growth in the near future, and there is increasing political pressure for the government to be seen to deliver outcomes of consequence for the electorate.

"This points to greater government spending and the need for additional funding through higher taxes, higher interest rates, or shifting funds from existing uses."

For interviews with these and other experts at Charles Sturt University, contact CSU Media.