The votes have been cast but the make-up of the next Australian Parliament is still not clear. CSU experts are available for analysis and comment.

The votes have been cast but the make-up of the next Australian Parliament is still not clear.

Political, social and economic experts from Charles Sturt University (CSU) are analysing what this means for the nation, particularly the people of regional Australia. "The Coalition went into the election with seemingly little in the way of major economic or structural reform. They proposed a company tax cut to 25 per cent for business, as well as forming an Australian Building and Construction Commission to investigate trade unions in the building industry. It seems neither will now pass through the House of Representatives or Senate in the new parliament," Professor Steen said.

"Financially, the company tax cut offered little for Australians as it would mean shareholders would receive less franking credits on their shares. Concerns have also been raised about extra profit being shifted off shore. 'Cross benchers' will have to be convinced of both measures, which could backfire on the Coalition.

"Whichever party forms government, they will have to show true leadership. The new Prime Minister and governing party must rise above 'party politics' and narrow ideologies to work constructively with the cross benchers and the Opposition. The dramatic rise of the smaller parties is not an aberration, they are here to stay." 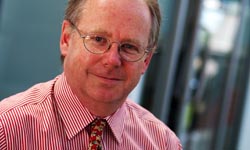 "Large numbers of voters have turned away from the major parties indicating profound disenchantment with the way politics is conducted in Australia. It shows that voters are no longer swayed by the major parties' self-interested appeals to 'stability'," Dr Harris said.

"Even if neither major party achieves an outright majority, we can be sure that Parliament will still function as it did successfully when Labor governed without a majority between 2010 and 2013.

"Australia is one of the world's few democracies with an electoral system that produces results that allows two major parties to dominate at the expense of fairness to voters.  In most countries worldwide, coalition governments are the norm. They are not unstable, and they foster compromise and consensus-building, unlike Australia's excessively adversarial system. "Minority government will be difficult, just as it was for the previous Gillard Labor Government, but voters might temper impatience by remembering that this is the Parliament that they elected. If neither of the big parties enjoys a clear majority, it is only by the people's considered choice," Professor O'Sullivan said. Read more from Professor O'Sullivan here. "The only clear result of the election, so far, is the Prime Minister Mr Turnbull's failure as leader. He has lost this contest, regardless of the final vote count.  Yet, time will tell us whether this is a bad thing for Australia," Dr Moraro said.

These experienced CSU commentators, based in Bathurst and Canberra, are available for interviews through CSU Media.