Raising the pension age will hit most vulnerable

A Charles Sturt University (CSU) lecturer in Gerontology, Ms Robin Harvey, believes the most vulnerable older Australians would be hardest hit by any move to increase the pension age. 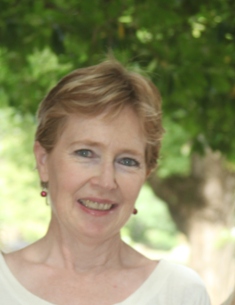 A Charles Sturt University (CSU) lecturer in Gerontology, Ms Robin Harvey, believes the most vulnerable older Australians would be hardest hit by any move to increase the pension age.

Her comments are in response to speculation the Federal Government is planning to raise the retirement age and restrict access to the aged pension in the May Budget.

"Raising the age for access to the pension is not a well thought out response to the issue of sustainability of support for older Australians," said Ms Harvey, who teaches ageing and social policy at CSU's School of Humanities and Social Sciences.

She argues that raising the pension age is inequitable because it targets the most vulnerable people.

"Those eligible for the full aged pension are likely to have been on low incomes all their lives," she said.

"Those who have blue-collar, physically taxing work may also find it more difficult to continue in this work to a later age, particularly if they have health issues. Women also tend to have less superannuation and hence will be disproportionately affected."

Ms Harvey said increasing the age for retirement is also likely to be less effective in saving money than the Government is suggesting.

"There are many people who access full pensions at retirement age who transfer across from other benefits, for example Disability benefits and Newstart," she said. "Delaying the pension age would not save significantly on costs of supporting those people."

"There are still significant problems with discrimination against older workers, which will work against continuing employment for those people waiting longer to be able to retire on a pension. This could see costs diverted to the unemployment benefit rather than age pension but not constituting a saving to the budget.

"Raising the pension age could also have unintended consequences on youth unemployment, as older Australians who are currently working stay in the workforce for longer."

Rather than raising the pension age, Ms Harvey said the government should focus on concessional tax rates for superannuation.

"The cost to the taxpayer of concessional rates of taxation for superannuation is now almost equal to that of aged pension payments, however, the benefits of this government subsidy go to the highest paid people," she said.

"A plan to adjust the concessional rate of superannuation taxation would be better targeted to those who can afford the change without significant disadvantage, and would attract similar savings for the public purse".