Accurately valuing the social benefits and costs of community changes has proven elusive for policy and economic decision makers until a CSU research project. 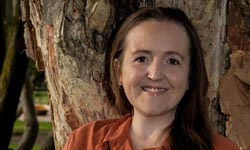 Dr Jenni Greig, who completed the study as part of her PhD with CSU's Faculty of Business, Justice and Behavioural Sciences, investigated how an individual's personal attributes and community dynamics were related to personal well-being, and how these can be measured.  This represents a major first step in including social impacts in cost benefit analysis (CBA).

"CBA is used by our policy makers to decide and justify particular government policies and procedures that support health, education, business and trade and other sectors," Dr Greig said, a member of CSU's Institute for Land, Water and Society.

"The ability to include meaningful social impact information in this decision-making is vital for the Australian community, especially in regional, rural and remote areas, where less support and infrastructure can mean greater costs for local communities." 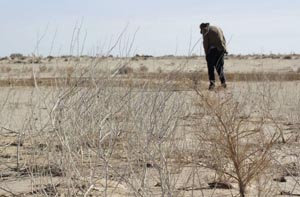 Dr Greig conducted her research in the small and diverse NSW communities of Bulahdelah, Hillston, Nyngan and Warren using interviews and surveys. The study was carried out after substantial changes in these communities, including severe drought, loss of local hospital services and changes to major employment industries.

"As I was particularly interested in how people and communities experience change in these attributes as a result of changes in their community, I asked people about past and current satisfaction, as well as estimating their satisfaction in response to a hypothetical scenario," she said.

"The measures of changes experienced can then be used along with the 'weighted' influence on wellbeing to estimate overall social impacts of changes. The ability to express meaningful social impacts as numbers means that we will be able to convert social impact values to economic values so they could be included in CBA."

Dr Greig's colleague and her PhD supervisor, Professor Mark Morrison, said her study provided a major insight into the valuation of social impacts in the lives of people that can potentially be used for economic decision making.

"Jenni's research has provided a major contribution for the area of Social Impact Assessment by identifying important social impacts that influence a person's well-being and that can be effectively measured and used for cost-benefit analysis," Professor Morrison said.

"In the past, we've only been able to estimate social impacts using broad data that indicate social trends and could not be directly incorporated into a CBA. This approach has the potential to be far more useful and better capture the nature and extent of social impacts."

Dr Greig confirmed that most people are able to express changes in well-being in numbers when they consider specific attributes of their life.

"My study demonstrates a robust way to estimate these values, and when we collect this information across a community we can understand how different people are affected, as well as the whole community," Dr Grieg said.

"This is critical when communities are faced with natural disasters, sudden changes in major employment providers or when decisions need to be made about government investment."

CSU graduate Dr Jenni Greig is based at CSU in Bathurst.

She was awarded her PhD at a ceremony at CSU in Bathurst on Thursday 15 December.For interviews with and pictures of Dr Greig, contact CSU Media.