Students immerse themselves in their culture to inspire other students 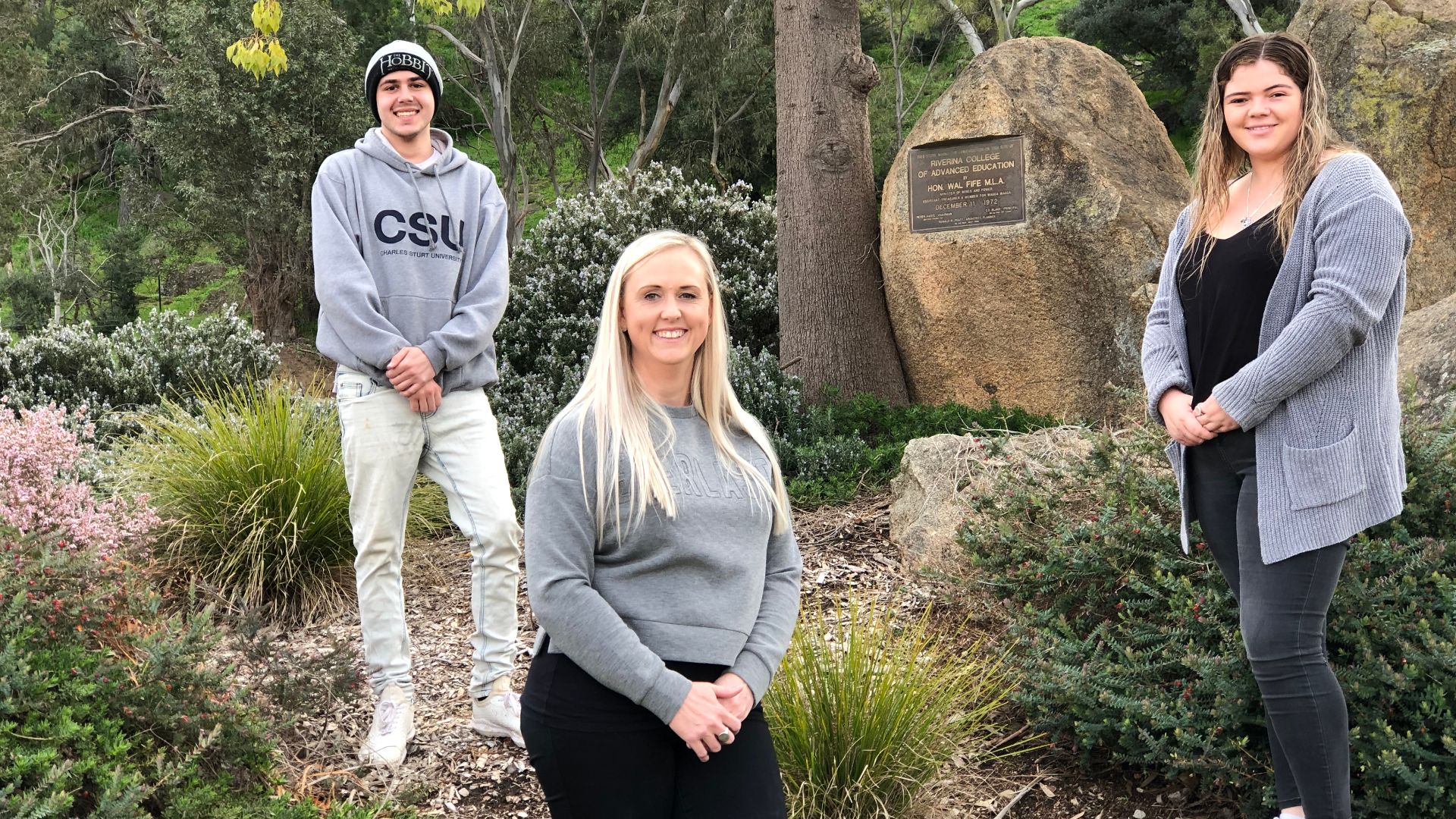 Physiotherapy student part of Charles Sturt's first intake of mentors for a student-led program to provide support for First Nations students and connect them to community members and Elders.

A Charles Sturt University mentor and student is realising her 20-year goal of becoming a physiotherapist and the importance of asking for and giving assistance.

Mrs Leanne Lynch, a proud Ngarigo woman, is one of the first student mentors in the Yayalanha – First Nations Health Student Mentoring Program.

Currently in her second year of studying a Bachelor of Physiotherapy in Albury-Wodonga, Mrs Lynch has had to overcome physical and financial barriers to achieve her goal.

As she was discussing the importance of a university degree with her daughters, Mrs Lynch knew it was the right time to start down her own higher education path.

“I’ve wanted to do physiotherapy since I was 18 but we could not afford for me to go to university,” she said.

“I love to help people and I love to see an outcome from helping people.”

Mrs Lynch is from Tumbarumba but lives in Wagga Wagga with her family where she works in a pharmacy.

The commute from Wagga Wagga to Albury-Wodonga to attend university was costing $150 a week and taking valuable time from her family.

Through support from the Indigenous Students Centre, Three Rivers University Department of Rural Health and receiving a Puggy Hunter Memorial Scholarship to cover the cost of accommodation, Mrs Lynch was able to return for her second year.

“That centre was my lifeline,” she said. “To have that support, it was comforting.”

It was the support Mrs Lynch received that enabled her to continue her studies that she in turn wanted to give support back to other students.

She has completed the required training and is now a mentor for Yayalanha, which means to sit and assist in Wiradjuri language.

The student-led group is for those studying on a Three Rivers UDRH-supported health degree and helps First Nations students connect to community members and Elders to build support networks.

Mrs Lynch said she wants to teach First Nations students that there is support available through programs or scholarships that they can access to assist their studies.

“After seeing a gap in formal mentoring available to First Nations students, we developed the program in the hope it would help our students to succeed in becoming deadly future leaders,” she said.

“The support and guidance from our Elders and mentors is invaluable and plays a key role in helping our students reach their goals.”

For more information or to arrange interviews with Mrs Leanne Lynch, contact Nicole Barlow at Charles Sturt Media on mobile 0429 217 026 or news@csu.edu.au.