The ‘miracle fish’ that survived the summer bushfires 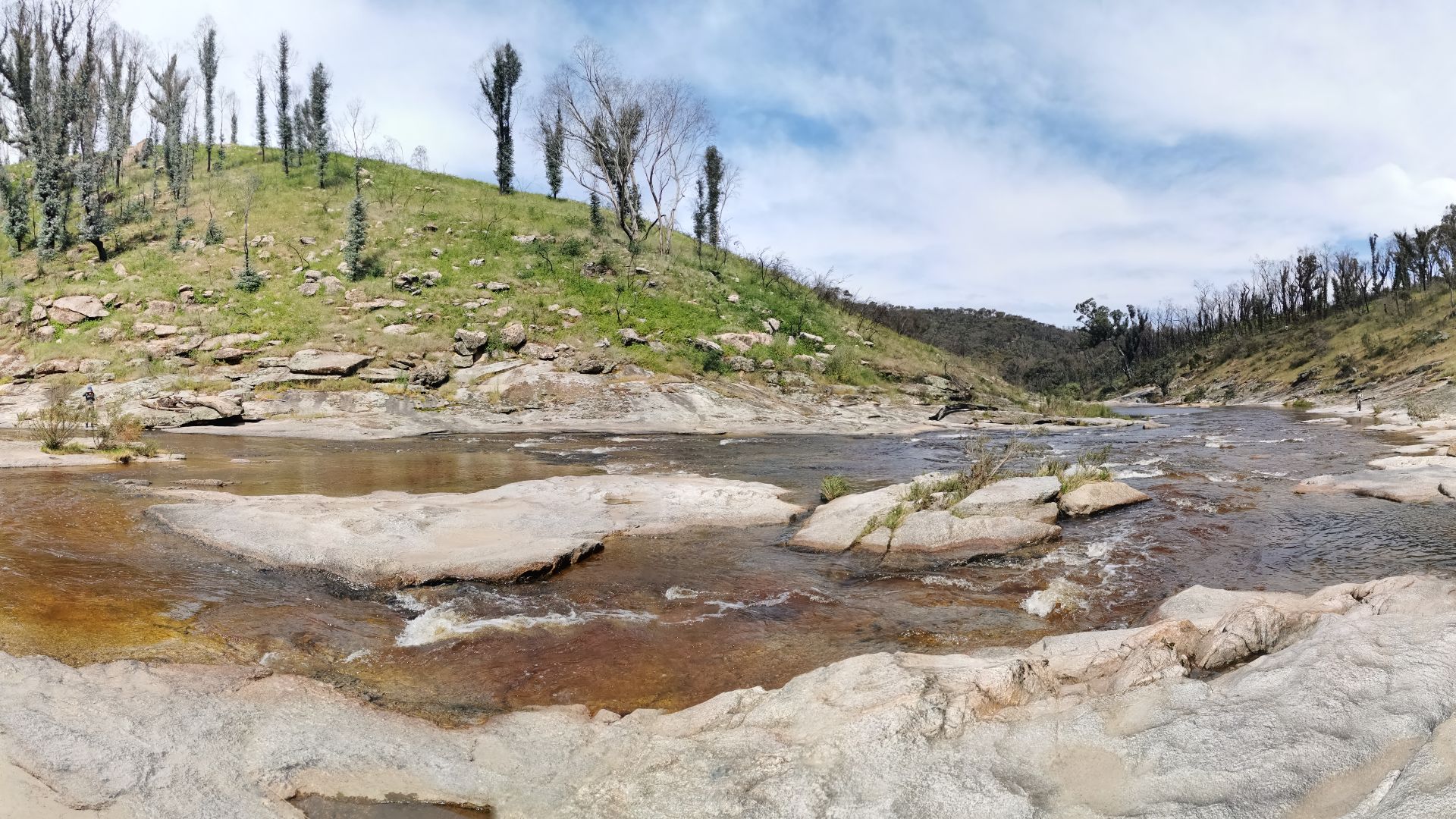 Fish thought to have perished after the devastating 2019/2020 bushfires have been found alive and well in Mannus Creek in NSW.

The 2019/2020 summer bushfires caused untold devastation to people and wildlife, but a team of researchers say something of a miracle has risen from the ashes in the Snowy Valleys region of NSW.

The researchers recently determined three Macquarie perch from the only remaining population in the NSW Murray catchment mysteriously defied the odds and survived the horrific water conditions caused by the combination of bushfires followed by storms.

The unexpected discovery is a welcome one for the researchers from Charles Sturt University and NSW DPI Fisheries, who despite organising a rescue operation just days after the fire struck, and conducting several months of surveying to locate the Macquarie perch, thought the rare population had been completely wiped out.

A fisheries researcher in the Charles Sturt Institute for Land, Water and Society (ILWS) in Albury-Wodonga Dr Katie Doyle and fellow ILWS researcher Mr Cameron McGregor worked on the project together.

“How these Mannus Creek fish survived the fire, and the polluted water conditions from the flush of ash and sediment from the storms that followed, is nothing short of a miracle,” Dr Doyle said.

“Now that we have confirmed these rare perch are still present, it is essential we do everything we can to ensure they recover and have the best chance of survival.”

They have been working with the Victorian Fisheries Authority to introduce 2,500 Macquarie perch fingerlings to the area in hopes of boosting the genetic diversity of the population and aiding with their recovery.

Murray LLS has also organised a weed control program and some planned habitat enhancement and bank stabilisation works to be undertaken throughout the year to improve conditions.

“The final action in our plan is removing alien fish species, predominantly redfin perch and carp, from the creek,” Dr Doyle said.

“This is being completed by Charles Sturt University researchers and is aimed at reducing competition for the limited resources and predation.

“We believe it is a vital component to the recovery of Macquarie perch in the post-fire environment.”

The first Macquarie perch spotted since the January 2020 fire was reported in March 2021 by a spray contractor undertaking willow control works around the creek.

The researchers from Charles Sturt and NSW DPI quickly went to investigate the sighting and were delighted to discover three Macquarie perch at two separate locations within the system.

Fisheries Manager – Murray-Darling Unit at NSW DPI Mr Luke Pearce said the findings were a welcome surprise after the long journey the research team had been on to protect the Macquarie perch.

Just three days after the bushfires initially ravaged the area surrounding Mannus Creek, the NSW DPI Fisheries team desperately surveyed the water to see if any perch survived the blaze.

“To our relief, the Macquarie perch were still present and had largely survived the initial fire front,” Mr Pearce said.

“But with the storms forecast for the following week it became a race against time to try and capture as many Macquarie perch out of water.

“We quickly set up a rescue operation, but the conditions were terrible and after five days of sampling, only 10 were captured and taken to the Narrandera Fisheries Centre for safe keeping.”

The following week the rescue operation was set to return, but the runoff from the storms had caused the dissolved oxygen levels in the water to be zero and the conditions meant the researchers could not rescue any more fish.

In the months that followed, researchers used funding from the Australian Governments' National Bushfire Recovery Grants through Murray Local Land Services to quantify the changes in the Mannus Creek habitat and determine if there were any Macquarie perch remaining after the bushfires.

“The first fish sampling efforts in February 2021 were looking grim and much to our disappointment there were no Macquarie perch detected, despite significant effort – approximately 1,020 net hours and 18,000 seconds of electrofishing,” Dr Doyle said.

“We started to think that the population was likely lost.

“Given these results, we even made the decision not to release the 10 rescued Macquarie perch back into Mannus Creek, but rather use them to boost the number and genetic diversity of the nearby Adjungbilly Creek.

“What started out as a story of real despair and fear that we had lost a very significant and important population has now turned into a story of hope as we have seen these fish survive what we thought was a certain death.”