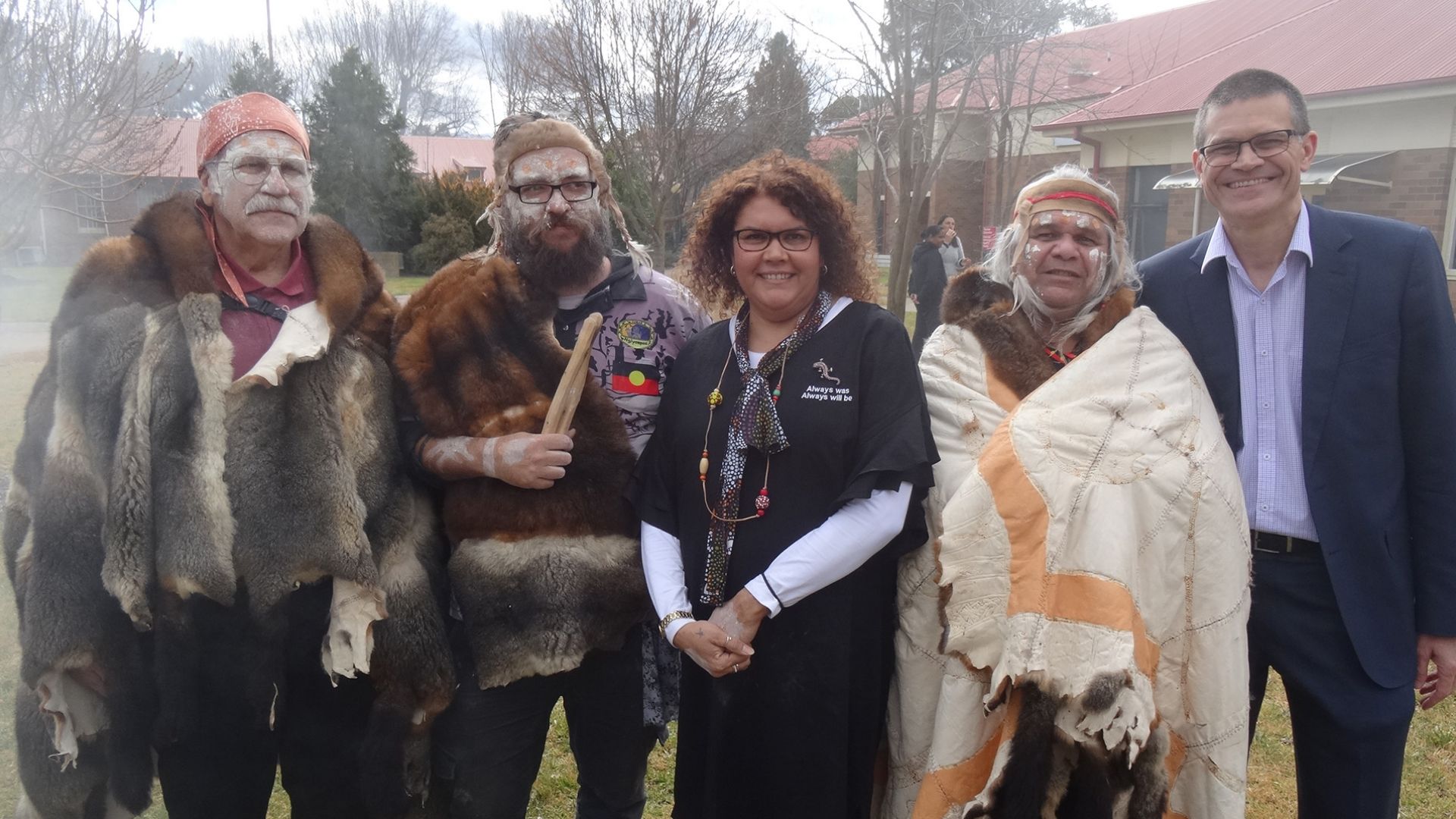 A cultural hub for Wiradyuri Elders was officially opened at Charles Sturt University in Bathurst on Thursday 4 July. 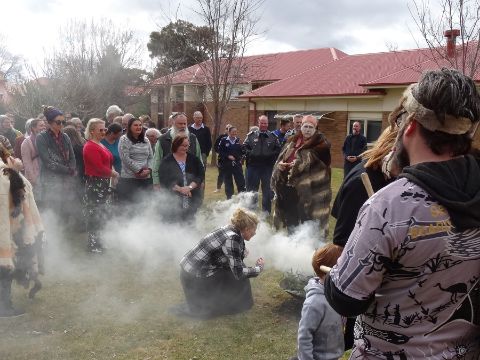 A cultural hub for Wiradyuri Elders was officially opened at Charles Sturt University (Charles Sturt) in Bathurst on Thursday 4 July.

The hub will be a safe cultural space where students, staff and community members can learn Wiradyuri cultural customs and language, and have the opportunity to ask questions, seek guidance, and regularly interact with the Elders.

Charles Sturt Vice-Chancellor Professor Andrew Vann said, “The University is very privileged to have been able to create a wonderful space for the Elders on our campus in Bathurst.

“This recognises their custodianship of the land on which we work and creates a place from which they can teach us and welcome us to their country.

“We look forward to their continuing contribution to the Charles Sturt community through sharing their wisdom with us.

“The size of the crowd which attended the opening shows how important their contribution has been to our staff and students, and the broader members of the community.”

The Elders from Gunhigal Mayiny Wiradyuri Dyilang Enterprise said, “There were more than 250 people who attended the launch of the new Wiradyuri Elders Cultural Hub and the launch for Aunty Beryl Carmichael’s new book.

“Many commented on how comfortable and calm the space is.

“We were well supported by staff from Charles Sturt, in particular by the Vice-Chancellor Professor Vann and Deputy Vice-Chancellor (Students) Jenny Roberts, who have been instrumental in making this project a reality.

“Many community organisations and friends and family of the Elders, including NSW Police from the Local Area Command in Bathurst, Police Citizens Youth Club (PCYC), and more celebrated the opening with us and we look forward to sharing our culture with guests in the space for a long time to come.”

It is anticipated that a range of community organisations will be invited by the Elders to provide services from the hub.

A range of activities will include:

Cultural artefacts of significance will also be secured and displayed within the building.

The space is not intended to replace or duplicate the work of Wammarra, the on-campus Indigenous students’ centre at Charles Sturt in Bathurst, but rather to complement the existing support provided for students.

Key benefits of this arrangement include but are not limited to: 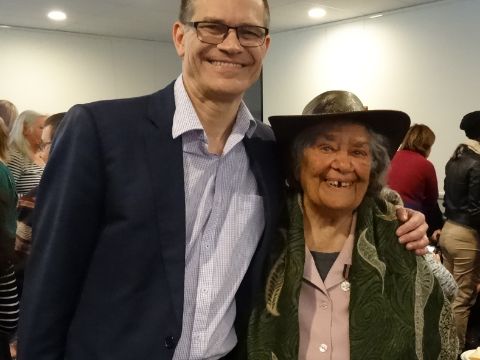 The model for use of the space will be used to determine whether similar spaces can be negotiated on other Charles Sturt campuses.

Funding for the space was made available by the Commonwealth through the Department of Prime Minister and Cabinet.

The official opening of the cultural hub also celebrated the launch of a new book by Ngiyeempaa Elder Aunty Beryl Philp-Carmichael, from Menindee NSW, titled In the Footsteps of a Ngiyeempaa Elder.

Professor Vann said, “I was delighted to be able to launch Aunty Beryl’s Philp-Carmichael’s book In The Footsteps of a Ngiyeempaa Elder at the Cultural Hub opening.

“Aunty Beryl has also been very generous in sharing her wisdom and cultural understanding with the Charles Sturt community and many of our staff members have learned enormously through her teachings.”

The official opening of the cultural hub was at 12pm in room 143, building 1414, at Charles Sturt University in Bathurst.

Second image: The smoking ceremony at part of the opening of the Wiradyuri Cultural Hub at Charles Sturt University in Bathurst