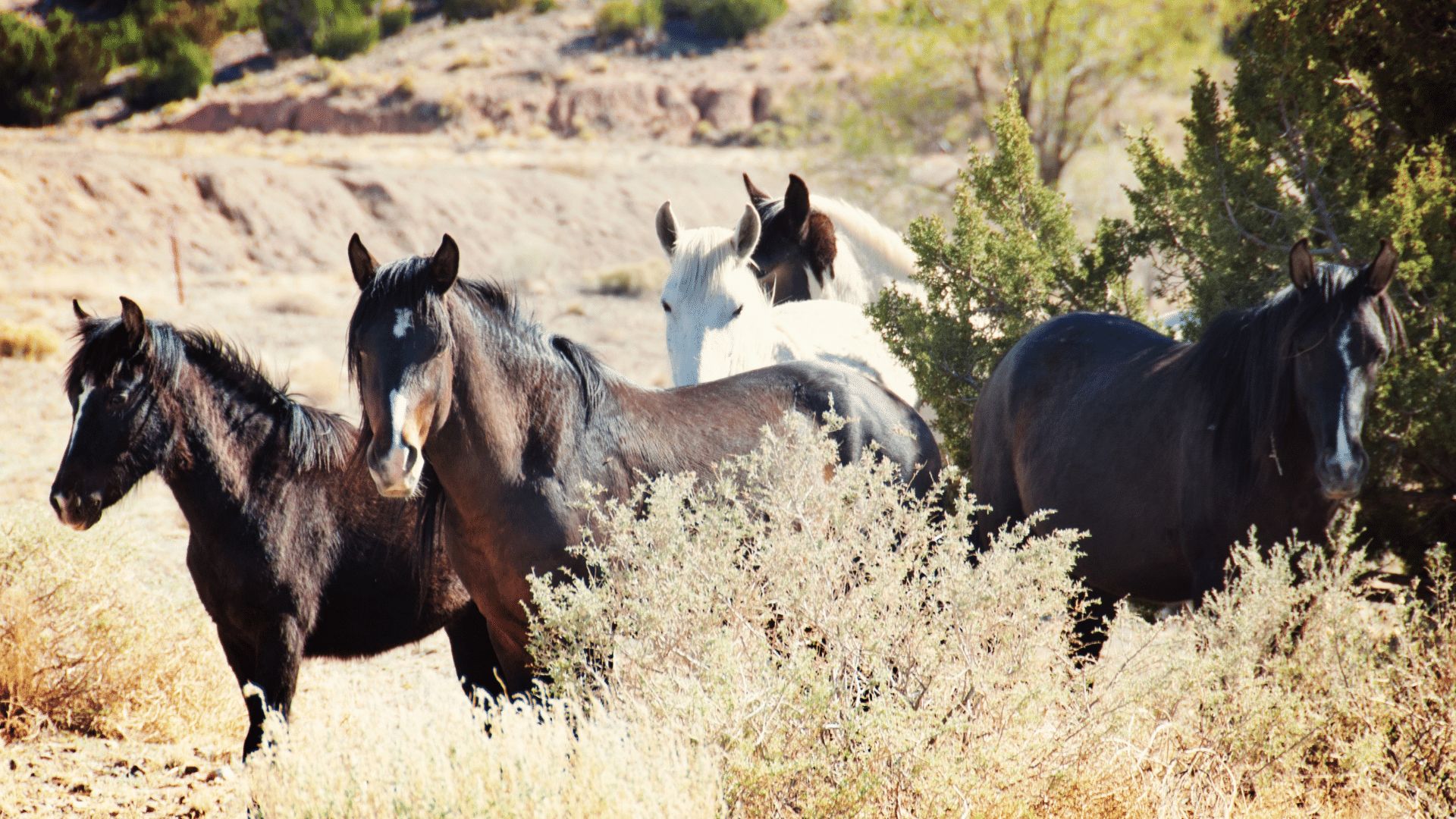 The majority of Australians support culling feral animals to protect threatened species, this sentiment is not reflected in the latest plan to save the Kosciusko National Park

The majority of Australians accept that feral animals can be culled to protect threatened species, yet the Kosciusko National Park is home to an ever-increasing population of 14,000 feral horses, trampling endangered plants and threatened species. While the draft New South Wales government plan offers some improvements Charles Sturt University and Deakin University researchers argue it remains seriously inadequate.

The New South Wales government has released a draft plan to deal with feral horses roaming the fragile Kosciuszko National Park. While the plan offers some improvements, it remains seriously inadequate.

Feral horses trample endangered plant communities, destroy threatened species’ habitat and damage Aboriginal cultural heritage — all the while increasing in numbers. The draft plan would keep many horses in the national park, locking in ongoing environmental and cultural degradation.

The number of horses has grown dramatically in recent years under the Wild Horse Heritage Protection Act, which became law in 2018 and was championed by then NSW Deputy Premier John Barilaro. He and others argued the horses were important to Australia’s history of pioneering, pastoralism and horse trapping, and were related to rural legends and literary works.

But the cultural heritage of an introduced species should not override the needs of a highly vulnerable alpine environment. Barilaro quit politics this week – and with the driving political force behind feral horse protection now gone, we have an 11th-hour chance to safeguard this significant national park.

What’s in the draft plan?

On the positive side, the draft plan aims to:

These are critical measures. As the draft plan notes, achieving them will need a set of carefully considered control methods, including ground shooting and putting down trapped horses.

Contrary to recent counter-productive management, reproductive-age females will no longer be released back into the park after being trapped.

But on the flip side, the plan will also:

Aerial shooting is ruled out because of fears around losing social licence to remove horses from the park. But this may make it impossible to achieve effective horse control across rocky, difficult-to-access terrain.

It also means feral horse control will drag out over years. This will result in larger numbers of horses being culled, compared with completing a cull within one year. Maintaining 3,000 feral horses in this reserve means accepting the removal of at least 1,000 animals every two years in perpetuity, based on a conservative rate of population growth.

The number of horses in Kosciuszko was last measured in November 2020 at just over 14,000.

With an the ongoing rate of increase of 18 percent per year and two years of population growth, numbers will have increased by 5,500. This means there’ll likely be almost 20,000 feral horses before control can start in 2022, under this plan.

Compare this with the 3,350 horses trapping has removed between 2008 and 2020, and it’s clear culling, including via aerial shooting, is urgently needed.

The huge, growing number of horses roaming Kosciuszko combined with the likelihood of immigration from outside the park, is also the main reason fertility control cannot work. The draft report is therefore right to reject fertility control as a workable solution.

We are most concerned about the draft plan’s allocation of one third of the park to at least 3,000 feral horses, and likely many more given the limitations on control methods. These areas harbour important ecosystems and threatened species.

Using publicly accessible data from NSW Bionet and Atlas of Living Australia, we estimate at least 33 threatened species live within the horse retention zone. About half of these are either already known to be impacted by feral horses or we suggest will likely be impacted because they’re vulnerable to trampling, grazing or habitat damage.

For example, the only place the critically endangered stocky galaxias – Australia’s most alpine-adapted fish – occurs is within the horse-retention area.

This hardy fish was recently rescued from bushfires and faces grave risks associated with the Snowy 2.0 scheme. It’s currently protected from feral horses thanks to a stock-exclusion fence, and the draft plan notes fencing is only a short-term solution.

The endangered Riek’s crayfish also has a restricted range within Kosciuszko. If horses are removed in the southern part of the park, as the draft plan outlines, then damage to their habitat will decline by 2027. But horses remain a threat to their habitats in the north.

Alpine sphagnum bogs and associated fens are a nationally threatened plant community with a stronghold in Kosciuszko. It is particularly vulnerable to impacts from feral horses, and we calculate 28 percent of its distribution in Kosciuszko will be inside the horse-retention zone.

In our view, while the horses have cultural heritage value to some, letting them continue to damage a fragile national park is an unacceptable trade-off.

Preservation of huts and interpretive signs are another way of acknowledging the heritage values of pastoralists past.

Research released this month surveyed 2,430 Australians and found 71 percent accept that feral animals can be culled to protect threatened species. As the researchers write, this sentiment is not fully reflected in existing policy and legislation.

Barilaro’s exit may be an opportunity for NSW politicians to capitalise on this social licence.

This draft plan is one step towards protecting our native species, natural places and Indigenous heritage, and will be open for submissions until 2 November.

But if aerial culling was also on the table, those goals could be achieved with fewer horses culled and at lower cost.

This article was originally published by The Conversation on Friday 8 October.

To arrange interviews, contact Lisa Ditchfield at Charles Sturt Media on 0417 125 795 or news@csu.edu.au