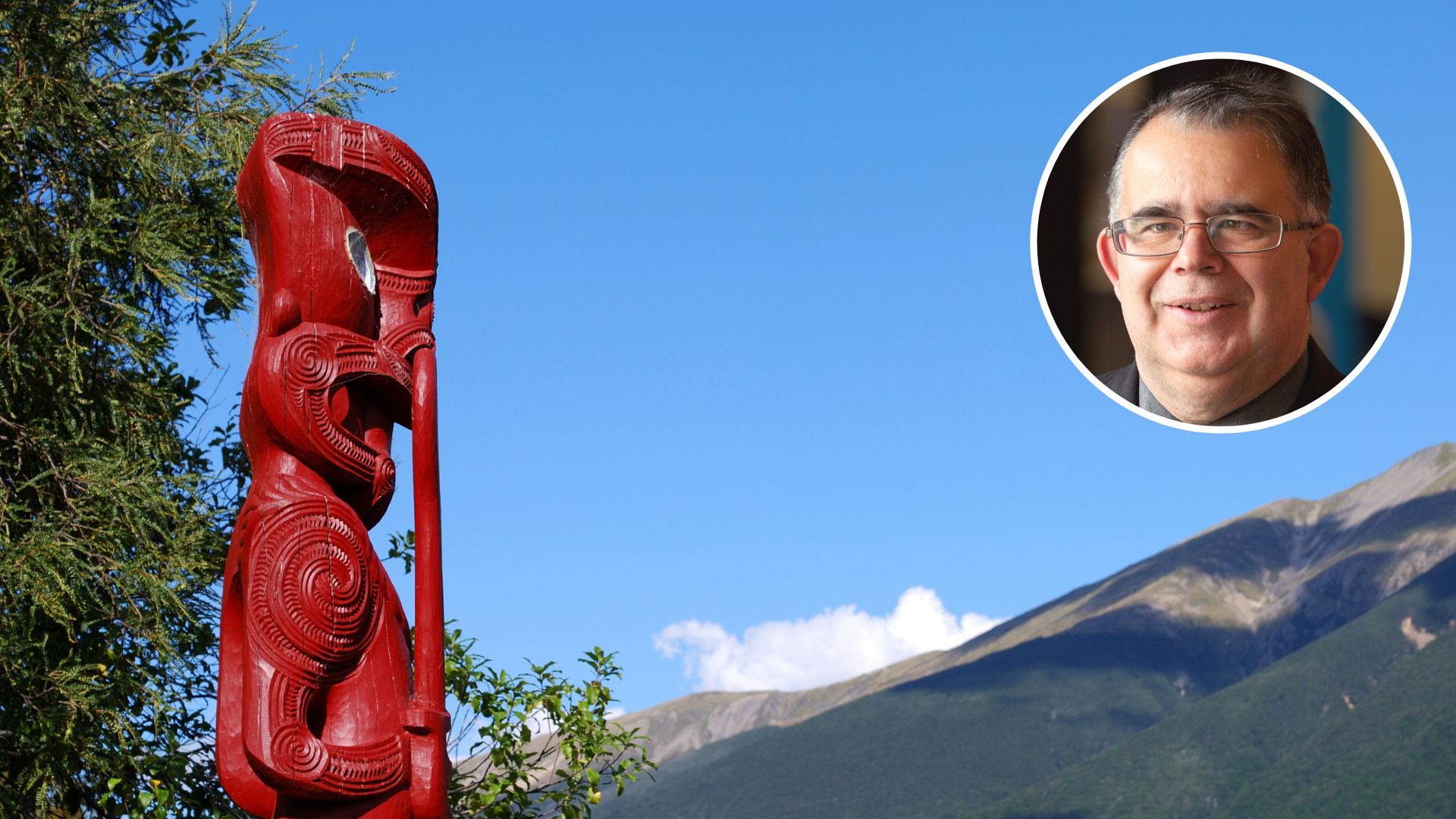 Responding to life expectancy differentials between indigenous and non-indigenous populations in Australia, Canada and New Zealand is not simply a matter of clinical interventions but also a matter of ‘political will’.

By Professor in Political Science Dominic O’Sullivan (pictured, inset) in the Charles Sturt School of Social Work and Arts. Professor O’Sullivan is also a member of the Charles Sturt Institute for Land Water, and Society (ILWS). He delivered this keynote address ‘Closing the Indigenous Life Expectancy Differential by Closing the Gap in Political Power’ to the the International Medical Students’ Federation conference online, to an audience in Montreal, Canada, on Saturday 30 October. A recording of the lecture is available here.

In Canada the differential is around 10 years; marginally greater than Australia (eight to nine years) and New Zealand (approximately seven years).

Responding to these differentials is not simply a matter of clinical interventions but, as the Australian Medical Association puts it, is also a matter of ‘political will’.

In Australia, the life expectancy differential is principally explained by the number of Indigenous people who die prematurely, but from causes that are preventable. For example, heart disease, suicide and diabetes.

This means that solutions to indigenous ill-health are concerns of moral and political philosophy as much as they are the concerns of clinical practice.

‘Specifically, by keeping people close to normal functioning, healthcare preserves for people the ability to participate in the political, social, and economic life of their society. It sustains them as fully participating citizens ─ normal collaborators and competitors ─ in all spheres of social life’. (Daniels, 2001, p2)

Political institutions are not always designed to give each person equal opportunity to participate and engage with other citizens as peers.

One needs to consider who makes decisions for whom and why?

How well do education systems prepare people for access to the labour market, and access to wealth as a determinant of good health?

What should it mean, practically, for an indigenous person to be a citizen of Australia, New Zealand, or Canada?

The Māori seats in the New Zealand Parliament; The Voice to Parliament; Indigenous Health Authorities

Participation, and meaningful voice is also important because ‘the only ground for a claim that a policy or decision is just is that it has been arrived at by a public which has truly promoted the free expression of all’. (Young, 1989, p263)

Participation is important because culture counts in public decision-making processes.

New Zealand does these things better than Australia or Canada, and this why the life expectancy differential is not as wide.

But seven years is still a big difference, and the political explanations may still be more powerful than the clinical.

It remains as the former Māori Party co-leader and Associate Minister of Health put it in 2013:

‘Over the years, the findings have been conclusive. Māori receive fewer referrals and diagnostic tests, and less effective treatment plans from their doctors than do non-Māori patients’.

‘Māori are interviewed for less time and are offered far fewer opportunities for treatment. They are prescribed fewer secondary services such as physiotherapy, chiropractors and rehabilitation.

‘And worst of all in too many cases Māori are either blamed for their plight or the professionals treat them in such a way as to presume they have a natural inclination towards the various illnesses.’ (Turia, 2013)

In 2021, policy progress towards these ideals is starting, but is still not secure.

In 2020, the Australian Prime Minister, Scott Morrison, acknowledged that exclusion was one of the things that explained sustained policy failure.

‘Despite the best of intentions, investments in new programs, and bi-partisan goodwill, Closing the Gap has never really been a partnership with Indigenous people’ … ‘We perpetuated an ingrained way of thinking, passed down over two centuries and more, and it was the belief that we knew better than our Indigenous peoples. We don’t.’

‘Partnership’ informs the new policy paradigm, but this isn’t the same as Indigenous leadership

The philosophical shift from exclusion to inclusion is significant, but it’s not the same as the more far-reaching Māori leadership that is being thought about in New Zealand.

In New Zealand the Treaty of Waitangi’s inclusive presumptions influence health policy. The Treaty gave the British Crown the right to establish government.

In return, Britain offered protection of Māori authority over their own affairs and natural resources, and the rights and privileges of British subjects.

The Treaty means that Māori do not contest the post-settler presence, but they do contest the Crown exercising a unilateral sovereign authority.

In 2019, the Waitangi Tribunal found that despite clear intentions, the state fails to deliver good outcomes for Māori. It found that Māori primary health services were underfunded.

It recommended that primary health care funding decisions should be made by an independent Māori Health Authority.

Independent Māori decisions brings Māori people and values to the centre of the policy process.

It means that Māori people are not the subjects of state policy. They become its agents, exercising meaningful citizenship and the right to take responsibility for their own affairs.

The potential is for a Māori primary health system explicitly focused on Māori needs. Māori decision makers would decide what needs to be done, how and by whom.

The success of the authority hinges on how independent it will be, and its accountability to Māori people.

Critical Tiriti Analysis is a policy evaluation technique which I developed with Associate Professor Heather Came at the Auckland University of Technology and Professor Tim McCreanor at Massey University. It suggests that the Māori Health Authority will be most likely to succeed if it can help to address these questions:

How will the health system ensure that Māori communities are involved in decision-making?

How will the health system’s ways of working be informed and shaped by Māori worldviews?

How will Māori-led decision making and leadership (which is a bigger aspiration than partnership) be put into practice?

How will barriers to Māori advancement, such as institutional racism, be eliminated?

Given the history of health inequities, how will resources be distributed and prioritised to ensure equitable outcomes for Māori?

These questions presume inclusive political relationships and rather than the partnership or co-design that is common in Australia, they presume Māori leadership and independent decision-making, so that the gap in political power is closed.