For children with communication disorders, parents and educators are the first responders 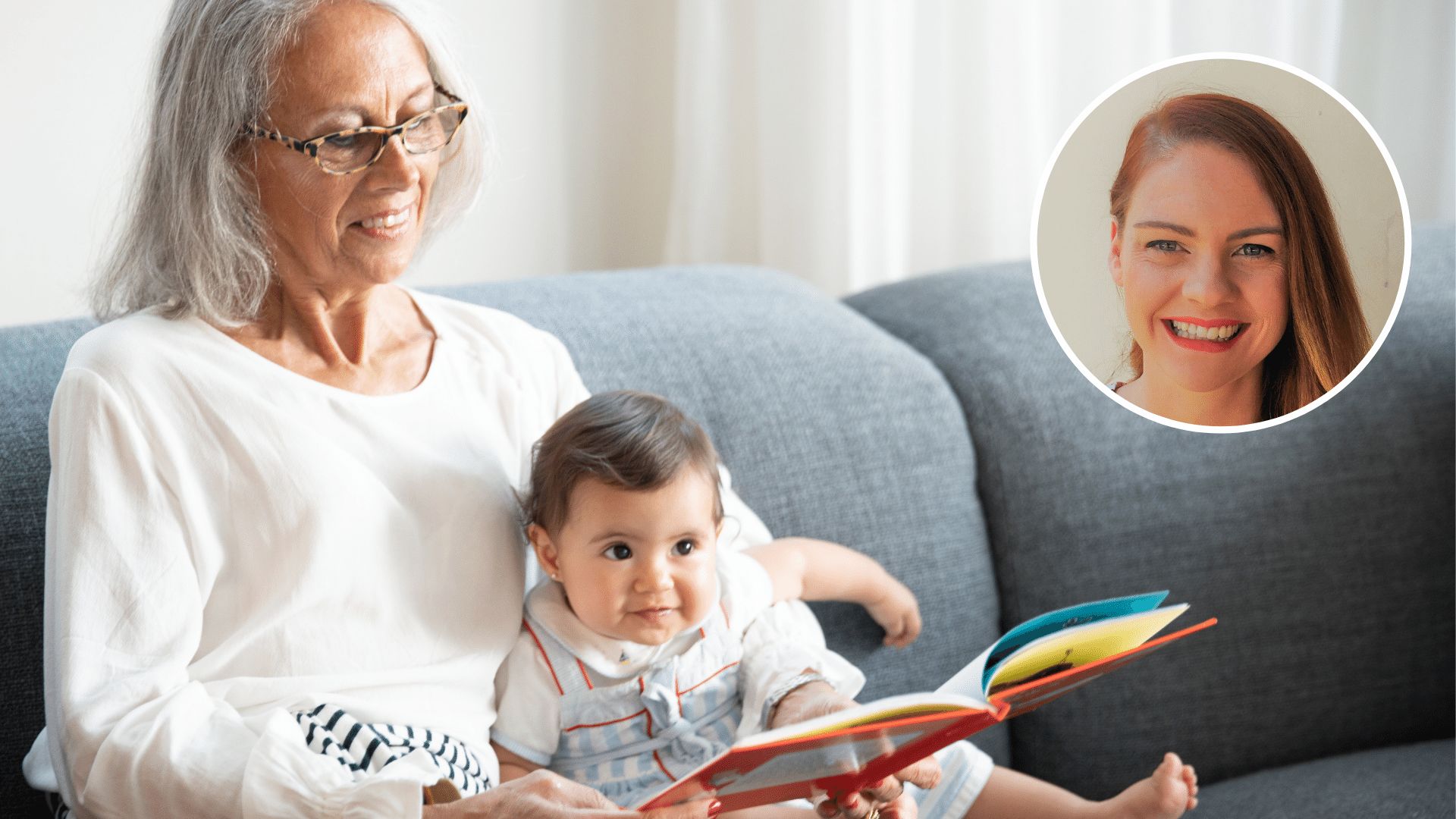 A Charles Sturt University expert explains tools parents can use to check that their children’s communication development is on track, and how language development can be fostered at home.

By Dr Sarah Verdon (pictured, inset), Head of Discipline and Senior Lecturer in Speech and Language Pathology in the Charles Sturt University School of Allied Health, Exercise and Sports Sciences. Speech Pathology Week 2021 is from Sunday 22 to Saturday 28 August.

In 2015, the Australian Bureau of Statistics (ABS) estimated that 1.2 million Australians had some level of communication disability. From kids to kings, a communication disorder can affect anyone at any time. It can be mild to severe and it can impact the entire course of a person’s life.

My work as a speech pathologist involves supporting children with communication needs. Two questions that many parents, carers and early childhood educators ask themselves are: what is typical communication development?, and how do you tell the difference if it’s typical or if it’s actually a communication disorder?

When it comes to understanding typical development, I think one of the biggest myths is that children just automatically acquire their language, as if by osmosis, but that’s not true.

We know if we left a child alone in a room and never spoke to them for the first six years of their life, then they would never develop language because language comes from your environment.

This is why parents and educators play such a huge role in children’s language development.

Talking with children every day from birth is the best way to set them up to be successful communicators.

But environment isn’t everything. Sometimes, despite a supportive environment, children will have a communication disorder. This isn’t a result of any fault by their parents but rather it is a common occurrence in childhood.

International research suggests that around seven per cent of children, or two children in every classroom, will have a communication disorder. When this happens, the most important thing for the child is early identification and early intervention.

This is where parents and educators play an essential role as ‘first responders’. The sooner the key adults in a child’s life detect a communication difficulty and refer to speech pathology services, the better the outcomes for the child in the long-term.

A really great way that you can tell if your child is on track, or whether they might need some support, is to check the Speech Pathology Australia communication milestones for development. These have been developed to outline what typical communication development looks like in early childhood for 12 months, 18 months, two years, three years, four years and five years.

Of course, with any milestones, there are many caveats, such as that they aren’t developed for multilingual children, they’re typically developed for English-speaking children, and they don't necessarily take in different cultural considerations.

If there is a communication difficulty, typically children will be in one of two camps:

The tricky part is that at a really young age, it can be difficult to tell which camp a child belongs to.

We know from the research that early intervention is key. The earlier you start supporting a child and intervening with them, the better chance they have at enhanced long-term communication outcomes.

My advice to parents and educators is, if you’re not sure which camp the child is in, consult a speech pathologist and have the child assessed, because you’ve got absolutely nothing to lose. If there’s nothing wrong, then you have peace of mind.

But if your child is in camp number two and they have a communication disorder, whether it’s a speech disorder, language disorder, autism spectrum disorder, then you’re in the right place. You’re with a professional and you’re going to get the help that your child needs.

Some people recommend the watch and wait approach (‘just wait and see’) but I certainly don’t recommend that because I think the earlier you get in and get help for your child, you’re absolutely giving them the best chance to thrive.

In terms of what parents can do at home, I have an acronym that I like to use: ‘SPRING’. It’s a fun and easy way for families to build language development in their everyday life.

That’s because song is a fun and engaging way of remembering concepts. If you’re learning about concepts, such as the song ‘Head, Shoulders, Knees, And Toes’, your child is learning their body parts in a jingle that’s going to stay with them. It can be much easier than trying to learn individual vocabulary words, by putting them into a song.

Play is children’s core business. That’s how they figure out what’s going on in the world and they explore their environment. It’s a fun way for them to learn words, by you telling them the words of the things that they’re playing with. It’s also a great way for them to learn social interaction, sharing and turn-taking.

I recommend that you read with your children every single day, from birth because babies love books too. Sometimes we think children aren’t into books until they’re two or three, but they certainly are. It teaches kids lots of vocabulary that they wouldn’t normally see. It’s not very likely you’re going to see a giraffe or a zebra out the front of your house, but you’ll see it in a book. That’s how you learn vocabulary that’s not familiar in your environment. Shared book reading ingrains that love of reading with children from a young age as well as a special connection with their significant others.

I is for ‘interact’

Interaction is all about connection. The things that children crave most of all is not toys or lollies, it’s interaction and connection with their loved ones. A great analogy that we use is the ‘serve and return’. Every time a child serves a communication attempt at you, you should return it, whether it’s a gesture or a sound. It could be a baby even babbling at nine weeks of age. You say, “Oh baby, you’re babbling. Oh, you’re such a beautiful talker”. That’s that ‘serve and return’ of constantly interacting with your child, letting them know that you hear them, that their communication has an impact on your life, and that you’re there to return that serve. This builds more than just their communication but also their sense of attachment emotional security as well.

N is for ‘name and narrate’

This is where talking to yourself comes in handy! The more you talk to yourself, the more children hear words in their environment. So, if you’re cooking dinner, say Mummy (or Daddy) is opening the pasta, Mummy is getting the pot out, Mummy is stirring with the spoon. The child is learning all these vocabulary words, but you don’t have to do anything extra because you were already cooking the pasta in the pot. You just have to talk about it and the children learn the vocabulary.

G is ‘going where the child leads’

For further information and assistance, listen to my podcast ─ The Talking Children Podcast. It is available on Spotify, Apple and all other podcast services. It is specifically targeted at parents and educators to distil relevant research information into 10- to15-minute segments that make sense for families.

I also recommend families explore Communication Milestones and other resources from Speech Pathology Australia, which provides research-based information for people who need it.

For professional speech pathologists, I suggest Professor Sharynne McLeod’s website, Multilingual Children’s Speech, hosted by Charles Sturt University. It offers excellent resources, including assessments that are translated into multiple languages that speech pathologists and teachers in any country can download.

To arrange interviews with Dr Sarah Verdon who is based in Albury-Wodonga contact Bruce Andrews at Charles Sturt Media on mobile 0418 669 362 or news@csu.edu.au