CSU News
CSU News Opinion Have you considered a vegan diet? Lettuce show you the way

Have you considered a vegan diet? Lettuce show you the way 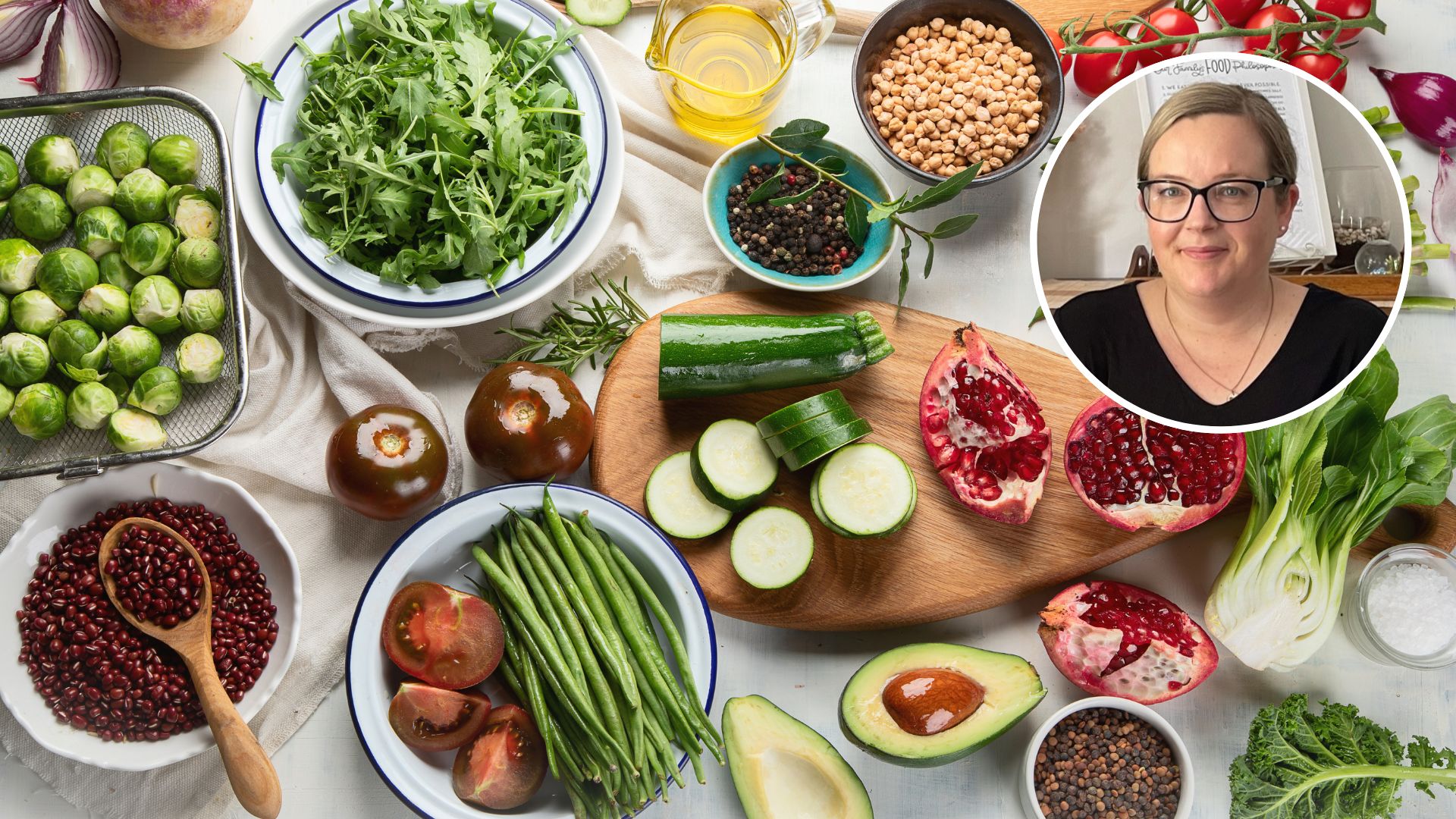 Ahead of World Vegan Day, a nutrition and dietetics expert at Charles Sturt explains the best practice for following a vegan diet - the health benefits, how to find those missing proteins and vitamins and the truth about meat substitutes.

Are vegans actually healthier, how do they get all the nutrients and proteins required and are meat substitutes worth the hype? A Charles Sturt University health expert gives advice on the safest way to navigate a vegan diet ahead of World Vegan Day on Tuesday 1 November.

By Lecturer in Nutrition and Dietetics in the Charles Sturt School of Allied Health, Exercise and Sports Sciences in Wagga Wagga Dr Marissa Samuelson.

Let’s start with what veganism is; it’s the exclusion of all animal products and animal by-products from the diet. Some vegans also do not use any products that are animal-based in other aspects of life, such as leather.

What are the origins of the spiritual/ethical justification for a vegan diet, beyond the purported nutritional benefits?

What are the health benefits of being on a vegan diet?

There is a lot of research that well planned plant-based diets are beneficial for heart health (improving cholesterol levels and blood pressure) as well as reducing the risk of some cancers, such as colo-rectal, breast, prostate, type 2 diabetes, liver disease. There may also be different risks of various cancers depending on the type of plant-based diet being followed, such as those that include fish.

What are the best sources of protein and iron if you don’t eat animal products?

The key to eating well on any type of diet is to plan it to make sure you are meeting all your nutrient needs. Vegan diets can be low in protein, vitamin B12, calcium, iron, zinc and omega 3 fatty acids.

In some situations, supplements might be needed, such as for pregnant women who are vegan who need B12 supplements to prevent irreversible neurological damage to their developing baby.

There are many non-animal sources of protein that can be included in a vegan diet and there is no need to combine amino acids (the building blocks of protein) at each meal, as long as you get a good variety of protein foods over the day. Soy-based products like tofu, or soy-based dairy products like milk, cheese or yoghurt; legumes (kidney beans, chickpeas, lentils, baked beans) all contain good amounts of protein.

Plant-based meat substitutes for burgers, sausages, seitan, vegan deli meats are also available but, as they are processed, they can be high in sodium or fat, and thus should be included as part of a variety of foods eaten over the day.

There are two forms of iron in food, haem and non-haem. Haem iron tends to be better absorbed by the body but is mostly found in animal products. Non-haem iron can be found in legumes, soy products, iron fortified grains and some nuts and seeds. It is recommended that vegans get twice as much iron as non-vegans and they can help their body absorb more iron from non-haem sources by eating iron containing foods with vitamin C rich foods, such as citrus fruit.

Is it ok for a child to be raised on a vegan diet?

As stated previously, the key to eating well on any type of diet is to plan it to make sure you are meeting all your nutrient needs.

If the diet is well-planned, there is evidence that outcomes for mother and baby are similar between vegetarian and non-vegetarian diets, however, pregnant women must pay careful attention to iron, zinc, vitamin B12 and omega 3 fatty acids (DHA and EPA) and will require supplementation of vitamin B12 at a minimum.

Given that the nutrient needs for children and teenagers are much higher for growth and development, it is essential to make sure their diet is planned to achieve these nutrients, especially protein, vitamin B12, iron and zinc. Research has shown that vegetarian children are leaner and at no greater risk of eating disorders than non-vegetarian children.

However, parents of vegan children should remain vigilant to ensure vitamin B12 intakes are regularly assessed and use fortified foods or supplements to make sure they are getting enough. Intake and blood levels of omega 3 fatty acids may also be lower in vegans.

I have inflammation issues so how do I navigate lectins if I want to become vegan? (that is, choosing low/ lectin-free foods).

There is much interest in the relationship between inflammation and diet at present. It is thought that foods individually do not cause much inflammation, but collectively the impact can be significant, thus research focuses on assessing the impact of overall dietary patterns thought to be inflammatory.

While there is promising evidence that vegan or vegetarian diets might have an impact on inflammation, and reduce the risk of chronic illness, there is a need for more research given limitations in the studies that have been done.

Vegan diets seem to have a greater impact on inflammation than vegetarian diets, but this needs to be confirmed with stronger research.

Lectins are proteins found in foods such as legumes, grains and some vegetables, such as potatoes, eggplants and tomatoes. Much of the negative impact of lectins occurs when these foods are eaten raw, or not adequately cooked. Many studies that have shown negative interactions with lectins in the body are conducted in a lab setting, so possibly have little relevance to what is happening normally inside the body.

Population-based studies, which examine the impact of eating these foods as part of plant-based dietary patterns, have shown that vegetable, legume and grain intake are associated with health benefits, such as reduction of chronic disease.

Given what we know at this stage, the most important thing to do is to make sure the foods in your diet that may be high in lectins are properly cooked and prepared. Boil raw legumes for at least 10 minutes prior to eating. Grains and vegetables should also be consumed in a cooked form. The main exception seems to be tomatoes, as there is little evidence of adverse effects of eating them in the raw state.

What are some the common mistakes, in not creating a balanced diet, people make when eating a vegan diet?

It is tempting when following a vegan diet to simply cut out animal foods and eat mostly vegetables, grains and fruit.

However, we need to think about what is missing when we cut out meats and meat alternatives and dairy without substituting foods that provide the same sort of nutrients that plants cannot provide or that the body finds hard to absorb from plants.

When purchasing vegan pre-packaged replacement products, like cheese, hamburgers or chicken, what ingredients should you be wary of, such as having too much salt, sugar or fillers?

The first thing to be aware of with respect to these products is that it is fine to include them in part of a varied diet. They do help to add interest and flavour to what we eat, however, because they are technically considered a processed food, and some can be what we call ‘ultra-processed’, they usually have a long list of ingredients, many of which are man-made and added to make them more palatable or increase shelf life. The good news is we have strict laws in Australia to make sure that food manufacturers do not add any ‘nasties’ in toxic amounts.

A good rule of thumb is to look for products that have a small list of ingredients. So, when comparing products, go for the product with fewer ingredients.

Being vegan seems complicated. What are some simple vegan dishes people could consider for introducing more vegan principals into their diet?

Are there any examples of nations encouraging population-wide veganism – for example by lower Medicare levy for vegans, higher health fund rebates, prioritised service by health services, discounts at businesses and supermarkets?

Not that I am aware of. There is a lot of advocacy from vegan organisations for political and social change with regard to promoting and supporting veganism. There is also significant movement within the food and nutrition field to promote a plant-based diet, which is not necessarily totally free of animal food, given its health and environmental benefits.