CSU News
CSU News Opinion How might the review into the Reserve Bank of Australia affect your money, and home, in the future?

How might the review into the Reserve Bank of Australia affect your money, and home, in the future? 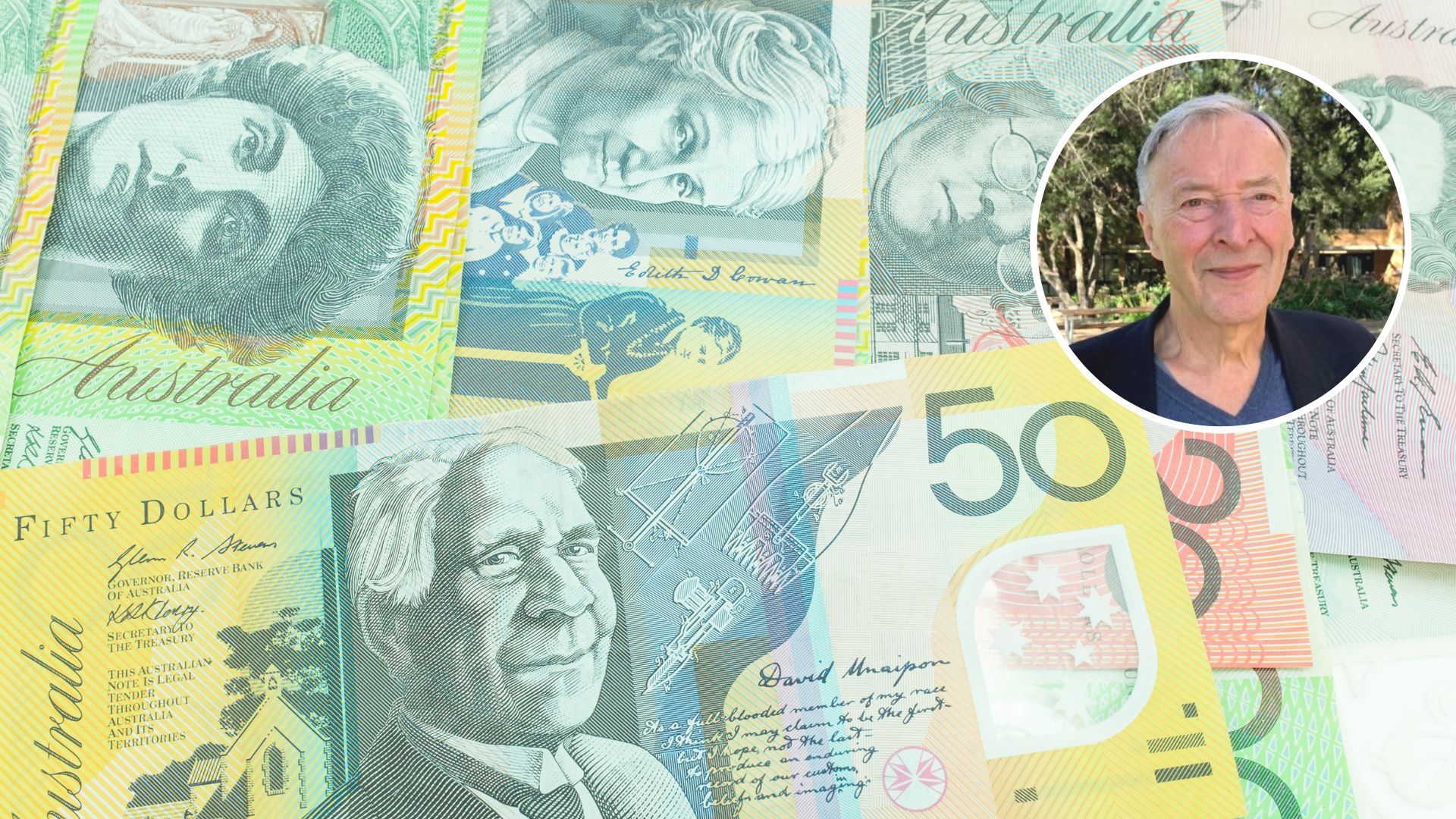 The Government has announced a review into the Reserve Bank of Australia - the first time in 30 years. This is after multiple interest rate rises, and with inflation at an all-time high of 6.1 per cent - the highest it’s been in 21 years.

Professor of Economics John Hicks in the Charles Sturt School of Business explains what the review will be assessing and possible alternative approaches this critical financial institution might take to assist Australians navigate the storm of these unpredecented economic times.

Why review the Reserve Bank of Australia, now?

The Reserve Bank of Australia (RBA) is a major component of the Australian macroeconomic environment and its decisions impact all of us, in different ways. Correspondingly, it is appropriate that its operations are reviewed periodically, similarly to a personal health check-up.

Some consider that a review now – given the outbreak of inflation and the public criticism being levelled at the RBA’s response – will weaken public perception of the RBA, including making action to fight inflation more difficult. Alternatively, there is potential for the RBA to receive a clean ‘bill of health’ too.

The terms of reference for the review cover two main areas: (1) the objectives of the RBA monetary policy and (2) how the RBA functions to meet those objectives.

The RBA is at the centre of monetary policy in Australia as it has control over the money supply. Fundamentally, if inflation becomes too high, the RBA can decrease the money supply, which will result in an increase in interest rates. This, in turn, dampens demand for goods and services in the economy leading to an easing of inflationary pressure and lower employment levels.

Under the Reserve Bank Act 1959, the RBA’s key mandates are to conduct monetary policy in a manner that, in the Reserve Bank Board’s opinion, will best provide for (a) stability of the currency, (b) maintenance of full employment, and (c) the economic prosperity and welfare of Australians.

In interpreting these responsibilities, the RBA is guided by the Statement on the Conduct of Monetary Policy (the Statement).

A main goal, resulting from the current interpretation of the Act and Statement is that the RBA seeks to achieve a medium-term consumer price inflation target of between two and three per cent per annum on average.

Possible outcomes of the Review

Alternative approaches do exist. For example, the review could recommend that the order of priority currently given to responsibilities (a) to (c) be altered. Even if the stability of the currency remains the priority, there are other targets that could be substituted for the inflation target that could achieve a similar end. One example is that the RBA could target the growth rate in the money supply as has been attempted by central banks in other countries – although with only limited success.

A second practice which the review aims to address is the interaction of monetary policy with fiscal and macroprudential policy.

Fiscal policy is the use of government spending and taxation to affect the economy.

Macroprudential policy describes actions governments take to curtail financial risk in the economy – for instance, avoiding a collapse of the banking system.

Sometimes monetary policy can be at odds with fiscal policy. For example, while the RBA is pursuing a contractionary monetary policy to fight inflation, political factors may result in government fiscal decisions, such as government payments for natural disasters. These payments increase spending in the economy and counter attempts by the RBA to reduce economy-wide spending by raising interest rates.

The review committee could make recommendations on how to ensure a better alignment between government fiscal policy and RBA monetary policy.

The risks of every-day borrowing and lending

The movement of funds by financial intermediaries, such as banks, credit unions, and insurance companies, between those who save (from their income) and those who want to undertake investment activity (the buying of buildings, equipment, and other productive resources) is essential for economic growth and maintaining a rising standard of living. But there are risks in this process of borrowing and lending and mistakes can be made, which can be catastrophic for the economy.

For example, one consequence could be one of our four major banks failing to the extent that they could no longer make loans to customers or repay depositors. This could occur if the bank had been encouraged to lend too much (from funds received from depositors) to borrowers whose ability to repay is highly questionable. The bank could be enticed to do this because of competition with other banks to acquire a bigger share of the loan market during a period in which the RBA is acting to lower interest rates and expand economic activity.

The RBA is one of the institutions tasked with putting in place policies and regulations that mitigate the chance of such a disaster occurring, and also with responding with appropriate actions if such a disaster was to take place. Reviewing the interaction between monetary policy (money supply) and macroprudential policy (managing the risk) is therefore a worthwhile objective.

How does one decide how well the RBA has performed in meeting its objectives?

A particular issue here is the maintenance of full employment which we seem to struggle to measure in a way that is acceptable for policy making purposes, possibly due to changing economic circumstances.

Getting a handle on how to assess full employment is a first step in assessing how well we meet the full employment target and a contribution to this coming out of the review would be a positive step forward.

The RBA’s impact on interest rates

The primary tool of monetary policy is the RBA’s ability to impact interest rates. When the RBA wants to dampen demand, it will raise interest rates. However, this often has negative effects on households. For example, some households cannot readily mitigate the impact of a rise in interest rates. Correspondingly, some argue that it is unfair for groups in this position to bear the brunt of the cost of addressing economy-wide inflation.

Questions the review committee might ask include: Are there alternative or additional policy levers that can achieve the desired policy objectives so that the costs of fighting inflation are more equitably distributed? And if the best policy weapon is the RBA’s influence over interest rates, does it make the best use of this instrument?

Criticisms of its use include that it has, at times, kept interest rates too high for too long at the expense of employment and that, more recently (and in the face of serious inflation), it has raised them too quickly (or for some commentators, not quickly enough). Criticisms of this nature are likely to be addressed by the review committee.

Who should be on the RBA Board?

The review has been asked to consider the structure and composition of the Board – including the expertise and experience of Board members and the processes for their appointment. The publication of meeting minutes does not inform us about the position taken on monetary policy by individual members of the Board. Such knowledge could be useful in more fully informing decision-makers within our economy and some observers would like to see this issue taken up by the review committee.

Similarly, the background and qualifications of the Board members has been questioned.

Questions that arise include issues relating to the economic competence of Board members and the extent to which appropriate sections of society are represented on the Board.

What level of use is made by the Board of the input provided to it? Are the submissions and presentations provided to the Board (primarily by RBA staff) sufficiently well considered and understood to facilitate efficient and appropriate decision making by the Board? If not, why not? And what can be done about it? This, of course, leads into a consideration, by the review committee, of the culture, management, and recruitment processes.

Possible outcomes of the review

The outcome of the review process cannot be forecast ahead of the review itself. But the concept of the review should not be seen as an unwarranted criticism of the RBA, but rather to consider and address issues that have already been publicly raised and deliver recommendations that will further enhance the role of the organisation as the custodian of Australian monetary policy.