CSU News
CSU News Opinion How much can a koala bear before it faces extinction? 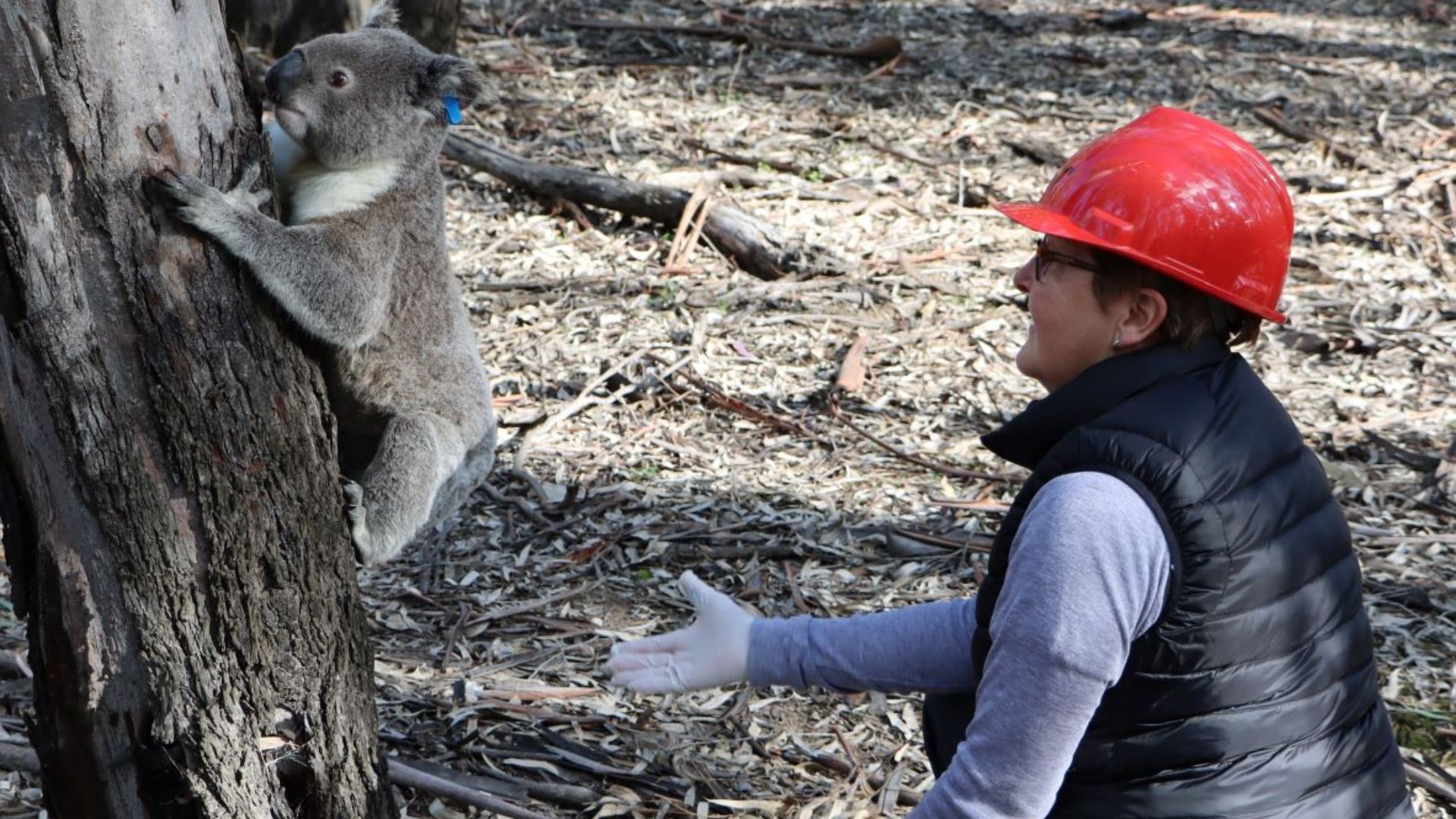 We dispel some myths, reveal some quirky facts and let you know what you can do to save these national treasures during Save the Koala Month in September.

We dive into the weird and wonderful world of koalas as a Charles Sturt University academic explains why these national treasures are under threat and what is being done to save them during Save the Koala Month in September.

A whole month dedicated to one of the nation’s treasures? We think so. Koalas are more than just a cute and cuddly attraction for overseas visitors to marvel at. They play an important role in our country’s history and ecosystem.

Here we will explore what makes these animals unique and how Charles Sturt University is contributing to saving endangered populations.

What are some weird facts about koalas?

Koalas have a backward-opening pouch, which seems odd for an animal climbing trees or sitting in an upright position.

The empathy the koala generates among people is thought to be due to it having an appealing face rather than a muzzle, a trait it shares with humans.

The slits of the pupils in koala eyes are vertical like cats, rather than horizontal as in other marsupials.

Not all koalas look the same – northern koalas in Queensland and northern New South Wales have shorter fur and are smaller than southern koalas from southern NSW, Victoria and South Australia.

A koala joey is fed pap, a form of koala droppings containing live gut microorganisms to help them digest eucalypt leaves, by its mother around weaning time. The process of pap feeding occurs when the joey is about five-to-six months old and is essential in the joey’s transition from drinking milk in the pouch to eating eucalypt leaves.

The closest relative of the koala is the wombat.

What does everyone assume about koalas but isn’t true?

Koalas do not drink water. The word ‘koala’ is thought to be derived from the Dharung language of the greater Sydney region, meaning ‘no drink’. Most of their water requirements are usually obtained from eucalyptus leaves, but increasingly koalas have been seen drinking water to survive heatwaves and bushfires.

Is it true they get ‘drunk’ on gum leaves?

There is a myth that eucalyptus oils intoxicate koalas, rendering them lethargic. This is not true, but koalas are known to sleep for up to 20 hours per day to conserve their energy.

Koalas feed mainly on the leaves of eucalypts, with some non-eucalypts also contributing to the diet.

Eucalypt leaves have a high water and fibre content, with low protein content. They contain strong-smelling oils, phenolic compounds and even sometimes cyanide precursors, which make them unpalatable or even toxic to most mammals.

As a result, koalas have quite a reputation as fussy eaters, sniffing the foliage before deciding to eat.

Koalas have adapted to the eucalypt diet by having the longest caecum (appendix-equivalent) for their size of any mammal and a liver that detoxifies the oils and phenolics.

What is their endangered species/extinction status?

Disease prevalence, nutritional status, reproductive success and demographic indices are indicators of population stability in wildlife. Changes in these factors may be a prelude to population decline in response to environmental change or human activities.

Population declines are common in the northern half of the koala's range, where habitat loss, hotter weather, droughts, disease, dog attacks and vehicle collisions are the major threats. In contrast, some southern populations are locally overabundant and are now requiring management, such as translocation.

The koala was listed as vulnerable in 2012 by the International Union for Conservation of Nature as although some populations are in decline, the Victorian populations are stable. In May 2022, koala populations in New South Wales, Australian Capital Territory and Queensland were gazetted as endangered under the Environment Protection and Biodiversity Act.

Prior to koalas being protected by law, their populations declined due to hunting for the fur trade.

Nowadays, the most common reasons for koala declines are deforestation, climate change, dog attack, road death, and disease, such as chlamydiosis, with the effects of inbreeding compounding problems in small populations.

Where are some of the top spots to find a koala?

In NSW, koalas are mainly found on the central and north coasts, some on the south coast and the southern tablelands, with some populations west of the Great Dividing Range.

What is the research or projects involving koalas that are currently being worked on at Charles Sturt?

Koalas were translocated to Narrandera in the Riverina in the 1970s after not being seen in the area since the early 1900s.

The Australian Koala Foundation identified primary koala habitat in the Narrandera region capable of supporting high-density koala populations, but scientific literature on the population is lacking.

Koala Spotting Days in Narrandera have been ongoing since 1988 and obtained some data using a citizen science approach with volunteers and NPWS Officers. Our initial research objectives are to characterise the Narrandera koala population in terms of abundance, distribution, genetic diversity; and identify possible threats to sustainable populations such as disease or trauma. Later studies in planning aim to identify habitat and dietary preferences of the koalas.

This knowledge can assist with optimising management of this unique, isolated koala population.

Communication to raise awareness and encouraging public involvement in reporting sightings of tagged koalas and sightings of koalas further afield than the initial investigation could value-add to this research and encourage a feeling of community responsibility for the Narrandera koalas.

Why is it important we celebrate Save the Koala Month and what are the benefits these animals provide to our environment/ecosystem?

The koala is an important component of Australia’s biodiversity and its unique habitat supports a variety of other native wildlife species. Our iconic koalas are considered an umbrella species, whereby outcomes for koalas also improve conservation of many other species.

There are large gaps in our knowledge about koalas, threats to koalas and how to mitigate these. Our knowledge base needs to be continually updated as koalas react to a changing environment.

There is a real need to engage the community in koala conservation, through citizen science activities such as reporting koala sightings. You can contribute your koala sightings to the NSW Government's BioNet Atlas database using the 'I Spy Koala' app (visit the Apple or Google app stores to download the I Spy Koala app).

The Narrandera Koala Fest will be held on Saturday 17 September.