Noir and nostalgia inform Chris Womersley’s tale of forgery, grief, and the seamy side of urban life 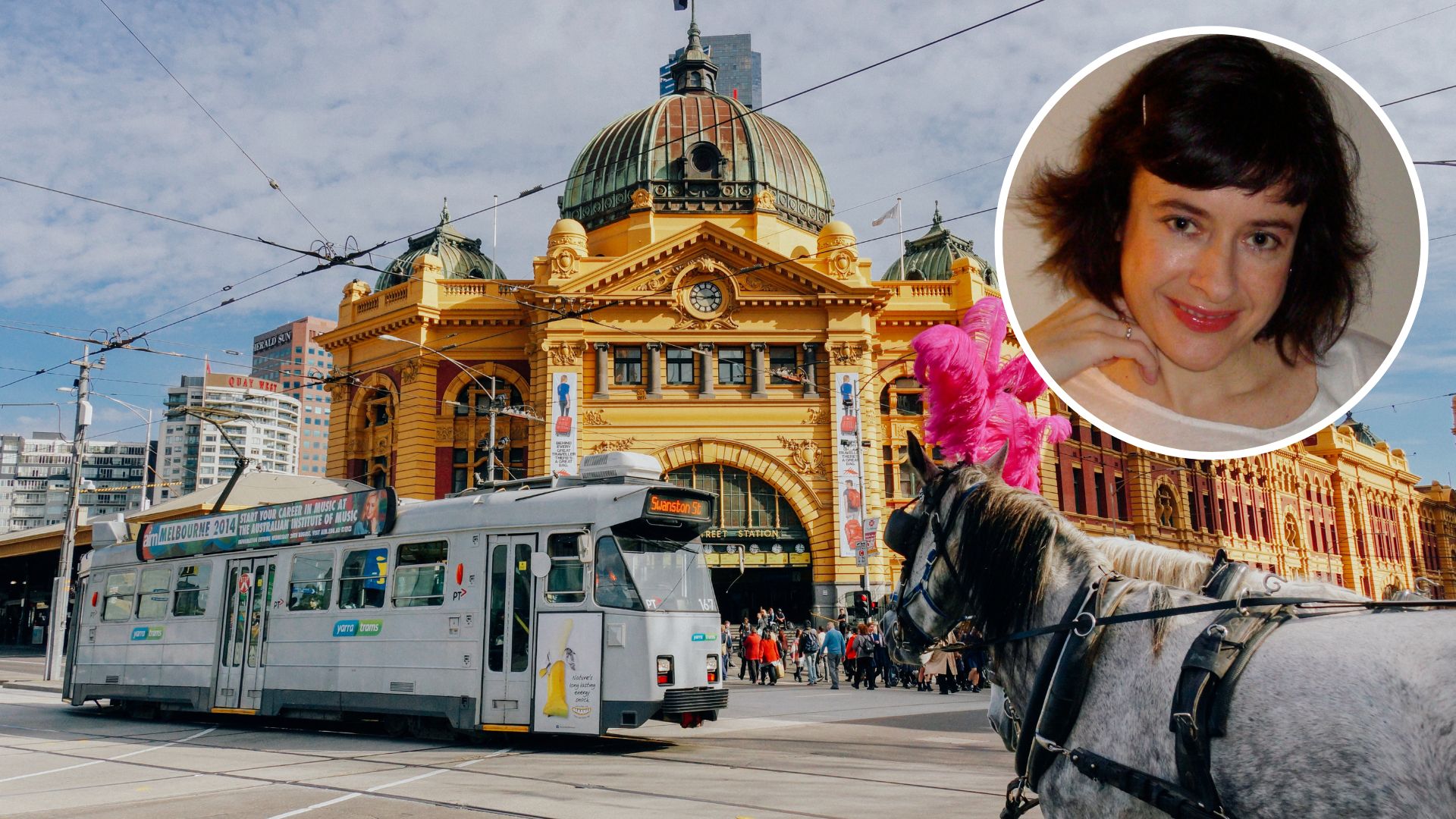 This academic says there are a few things to consider before reading the new novel The Diplomat.

By Senior Lecturer in English Literature in the Charles Sturt School of Social Work and Arts Dr Suzie Gibson.

Before prospective readers can get to the opening chapter of Chris Womersley’s new novel The Diplomat, they will find themselves assailed with several pages listing past awards received by the author and supplying a range of accolades cut and pasted from reviews of his earlier works.

Such testimonials prime the audience to embrace this latest fiction as one in a long line of remarkable achievements; they also confirm that the book and author has the backing of a powerful publishing machine.

The discerning reader may not necessarily be convinced by the sound and fury of this marketing approach. Confronting a novel adorned with grabs that compare the author to forebears like Alfred Hitchcock and John Banville may, instead of inspiring anticipation, invite circumspection. Can The Diplomat possibly live up to the hype?

Upon encountering The Diplomat’s opening page, one is met with a narrator who speaks to “us”, as if we are part of an intimate conversation. The reader is quickly drawn into his world – one that is full of anxiety and apprehension.

The opening paragraph is arresting, providing an inventory of the protagonist’s recent past:

Hopefully the worst was behind me: detox, collecting Gertrude’s ashes, London, the twenty-four-hour flight, aeroplane food, customs, sniffer dogs. All I had to do now was survive the rest of my life. Which was no small order, of course.

Such a beginning immediately furnishes us with copious detail. We learn that someone close to the narrator has died, that he had (or perhaps still has) a drug or alcohol problem, that he has just arrived from London and is the kind of individual likely to attract the attention of border security.

The word “survive” carries a whiff of desperation. There is a big difference between living and merely surviving. Indeed, throughout The Diplomat the word “survive” denotes the protagonist’s struggle to endure after the death of his wife from a heroin overdose.

The novel quickly transitions to a hostel in Fitzroy, Melbourne – a rundown scene that parallels the narrator’s seedy circumstances. We learn the month and year: December 1991. The heat of early summer is powerfully summoned, contributing to a mood of discomfort and oppression.

Setting The Diplomat in the early 1990s creates a sense of nostalgia. The novel oscillates between the cities of Melbourne and London, as memories of the northern hemisphere collide with the narrator’s return to his antipodean home. Inevitably, comparisons are drawn between the two cities, eliciting a familiar cultural cringe:

Australia seemed so quiet […] The place was like a country town; its people were ugly, unsophisticated, dull, fat, fearful […] I think it was Barry Humphries who said that Australia was the Brisbane of the world; nice enough place … but you wouldn’t want to actually live there.

This passage is evocative of David Malouf’s coming-of-age novel Johnno (1975), in which the eponymous character rages against what he perceives to be Brisbane’s – and by extension Australia’s – mediocrity. One of the most renowned lines in Malouf’s book perfectly captures the inferiority complex: “I might grow old in Brisbane but I would never grow up”.

The Diplomat’s depiction of Melbourne as a cruddy location also evokes Ava Gardner’s jibe – made while working on the 1959 production of  On The Beach – about the city being an appropriate setting for a film about the end of the world. The narrator’s scorching criticism of Australia’s second-largest city is hardly an exercise in diplomacy, leading us to contemplate the irony of The Diplomat’s title.

Setting The Diplomat in Melbourne and London conforms to the usual pattern of crime fiction, whereby major urban centres tend to be associated with lawlessness.

At the height of industrialisation, major cities were represented as polluted spheres whose filth and grime symbolised humanity’s heart of darkness. This is well illustrated in Charles Dickens’  Bleak House (1853) and Joseph Conrad’s The Secret Agent (1907). In both books, industrial London is depicted as an elemental force enabling and concealing criminality. Though neither Dickens nor Conrad were crime writers, as such, they influenced the genre.

The urban influence can also be traced to the renowned mid-20th century writer of detective fiction, Raymond Chandler. Chandler’s acclaimed works The Big Sleep (1939) and The Long Goodbye (1953) – both successfully adapted into films – are set in a tawdry Los Angeles. In Chandler’s work, the American metropolis serves as an allegorical manifestation of damaged lives.

Chandler’s visually charged mode of storytelling laid down the ground rules for later 20th and 21st century crime fiction, and Womersley upholds some of these conventions, including Chandler’s technique of meticulous description. In The Big Sleep, Chandler’s hard-boiled detective Philip Marlowe says:

I lit a cigarette and blew a lungful at him and he sniffed at it like a terrier in a rat-hole.

I lit a cigarette and lay down and tried not to think about all the horrible and dangerous tasks I had to complete in the next few days.

In these passages, the act of smoking is the epitome of a now outdated cool. The cigarette theme continues when The Diplomat’s narrator crosses paths with his sister-in-law Gloria; he likens her smoking to that of a “femme fatale from an old black-and-white movie”.

The observation reveals more about the narrator than Gloria. His alcohol and drug infused lifestyle is consonant with the noir genre: he is an anti-hero who once had fantasies of being an existential artist. The atmosphere of disillusionment and the flashback style of narration come with a strong sense of the cinematic. Through the mist and haze of many nicotine hits, Womersley’s narrator vividly recollects his old life in London, the industrial capital of the nineteenth century – a place still gloomy a century later.

What’s in a name?

When the protagonist’s mind travels back to London and relives a difficult telephone conversation, we finally learn that his proper name is Edward Degraves. The delay in revealing this detail connects with the novel’s central crime: forgery.

Names authorise documents, including artworks. Degraves and his late wife Gertrude were skilled in the art of falsification and were audacious (or stupid) enough to steal and duplicate one of Pablo Picasso’s masterworks, The Weeping Woman (1937). This detail is based on a  real theft took place at Melbourne’s gallery of Victoria in 1986. Womersley’s earlier novel Cairo (2013) dramatised the unsolved robbery.

This places The Diplomat in conversation with the earlier work: it could even be its “sequel”. But it can still be read as a stand alone novel, where the burglary is compounded by the crime of forgery.

Although imitating the Spanish master is daring, it borders on cliché as everyone has heard of Picasso – his name is more renowned than his artworks. But Edward and Gertrude are not without imagination. During their time in London, they survive “Maggie Thatcher’s brutal neoliberalism” by inventing a Polish artist with Russian heritage – “Josef Soroko” – and peddling their artworks under this pseudonym.

Various characters enter and exit The Diplomat, leaving a trail of names that flesh out the contours of Degraves’s earlier life: his ex-friend James, pretentious Damon Wood, the detox bully Randall, drug dealer Tony, and Gertrude’s parents Ron and Betty. Another key name is the Diplomat Motel, the location of a potential drug deal that holds Edward’s financial future in the balance.

But the most important name of all is Gertrude. She is the reason Degraves is wracked with grief and guilt, as he was sectioned in a detox clinic at the time of her death. Her death haunts Degraves as he struggles to forge a new life through the fog of mourning:

I turned her name over and over […] The shape of the word was sharp and painful […] Gertrude, Gertrude.

At times, names are invoked in a way that reveals Degraves’s dismissal of what he perceives to be fake forms of brilliance, such as when a fellow artist is despised for embracing “Foucault” and “Derrida”. This hatred of pomposity hints at Edward’s desire for authenticity. There is an incongruity in this, as his career has been quite literally forged through the names of others.

Names support the novel’s linguistic world, but their surface value conceals a deep sense of loss. Edward is also mourning his failure to establish a legitimate art career, Gertrude’s secret pregnancy, and the realisation of his own mediocrity.

In spite of such crippled wisdom, The Diplomat does not quite live up to its imposing literary and cinematic predecessors. Its foregrounding of the flimsy relationship between names and reality encourages the reader to ponder art as fiction and fiction as artifice, but the final chapter is underwhelming and slightly perplexing.