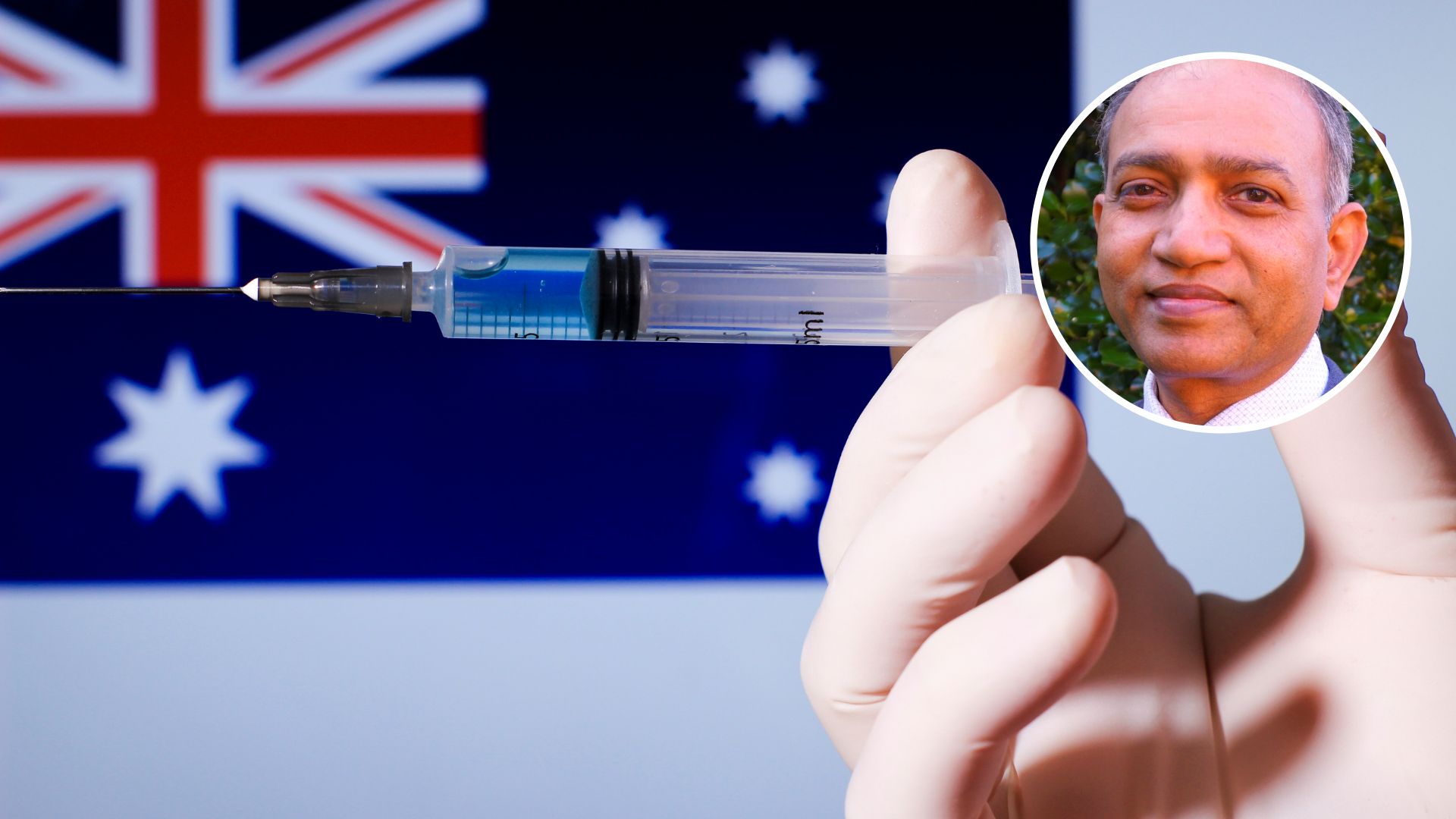 A Charles Sturt University academic argues that governments can increase COVID-19 vaccination numbers by devising a policy that offers the certainty of compensation to people and their dependents if anything goes wrong.

I am over 60 years of age, and here are my reasons for why I got the AstraZeneca vaccination.

Media is bombarded with mixed and confused messages about COVID-19 vaccines, often negative stories focusing on risks of blood clotting, and options for waiting for better vaccines such as Pfizer.

There are hardly any media stories about positive experiences of AstraZeneca that encourage others to vaccinate to protect themselves and the public.

Yet there is abundant evidence that suggests that sharing positive stories of vaccination with peers, friends, relatives, and communities reduces vaccine hesitancy and increases the likelihood of presenting arms for a jab. Thus, I share my positive experience of taking AstraZeneca.

Following conversations with my friends about the very few vaccine reactions they have experienced and due consultation with the general practitioner (GP), I decided to have my first jab about 15 weeks ago.

After checking, my GP advised me that since I am over sixty it is good to take the available AstraZeneca. After having a vaccination in my arm, I gently asked, what is the take-up rate like? ‘Very slow’ was the response of the GP, at the time.

The response is better now as vaccine hesitancy is reducing, and there are long queues.

However, a recent report (see The Conversation article on 19 August 2021) suggests that over one-fifth of Australians (1.2 million) aged 60+ have not received their first dose. That is a significant number to target to vaccinate to save their and others’ lives.

My wife asked, why and what made me decide to have my jab?

My response was, if something goes wrong and if my body was significantly impacted, I can be used to conduct further research to understand reactions and advance the medical knowledge to improve vaccines and reduce reactions. It is both self-interest and selfless interest to protect oneself and others and communities.

Fortunately, I did not experience any reactions to AstraZeneca, neither headache nor fever or stomach-ache, except that on the second day I had a mild pain in my arm at the spot of injection.

Taking the AstraZeneca jab was uneventful for me in terms of reactions. It made me feel better, confident, and safe, to myself and others, though people cautioned me that it is good to keep a watch as reactions might appear later. I did not experience any reactions even during later days until my second jab after 12 weeks.

Some of these policy measures, particularly, financial incentives, would not have motivated me. In my view, it is a waste of public money.

On the one hand, life and fear of death is the greatest incentive to take the vaccine, and on the other, fear of severe reactions resulting in death is a great inhibitor, constantly reinforcing hesitancy in some people.

Some people might be concerned about uncertainty, and have a question; after vaccination, what if something goes wrong with them, whether it is blood clotting, or death?

Recently reported statistical analysis in The Conversation (19 August 2021) suggests that if the remaining 1.2 million Australians aged over 60 receive the AstraZeneca vaccination, about 22 people are expected to develop thrombosis with thrombocytopenia syndrome (TTS). Of these 22, one or two may die.

Although predisposed conditions have potential to provide grounds for TTS or other health risks, the most perplexing issue and fear for these 1.2 million Australians is, theoretically, they can be part of 22 or one or two.

Favourable scientific evidence notwithstanding, the fear of uncertainty seems to certainly persist, not only among 1.22 million Australians, but generally those intending to vaccinate.

Given such a small number of blood clotting cases and consequent deaths in a few cases, to quell the fear and offer certainty to people, like doctors are indemnified against untoward vaccine outcomes, people certainly need to be guaranteed some sort of compensation to them or their dependents, if anything serious happens, including death, as a consequence of taking the jab.

As evidence suggests that the number of people having such serious consequences is very small, governments can confidently devise a policy that offers a compensation package that offers certainty to people that if anything goes wrong, they and their dependents will be taken care of.

People are interested in certainly, not a chance. Offering lottery or other meagre pecuniary incentives has little or no impact on reducing most people’s fear or increasing their motivations to move for a jab.

The experience of the first jab with little or no reactions offered certainty to me that my body can cope well. An effective policy measure that has certainty would motivate people to have the jab rather than deliberatively weighing up what to do.

After a required gap of 12 weeks, I had my second AstraZeneca jab. This time I did not even have pain in my arm where it was injected. On the second and third day I was negligibly feverish and coldish for a very short time.

Similar reactions appear to reassure that the body is working on the inoculation and it is a good sign.

Completing both doses makes me feel relieved and hopeful of moving without fear of catching infection, and if infected, confident of treating it without hospitalisation.

So, through my experience, I am sharing heartening evidence of me having both AstraZeneca vaccinations.

My hope is that the 1.2 million senior Australians aged over 60 years, and others, may see the benefit of vaccinating quickly for the benefit of themselves, others, and their communities, rather than hesitating to weigh up the decision.