Social justice and ‘formal employment’ in a digital global village? 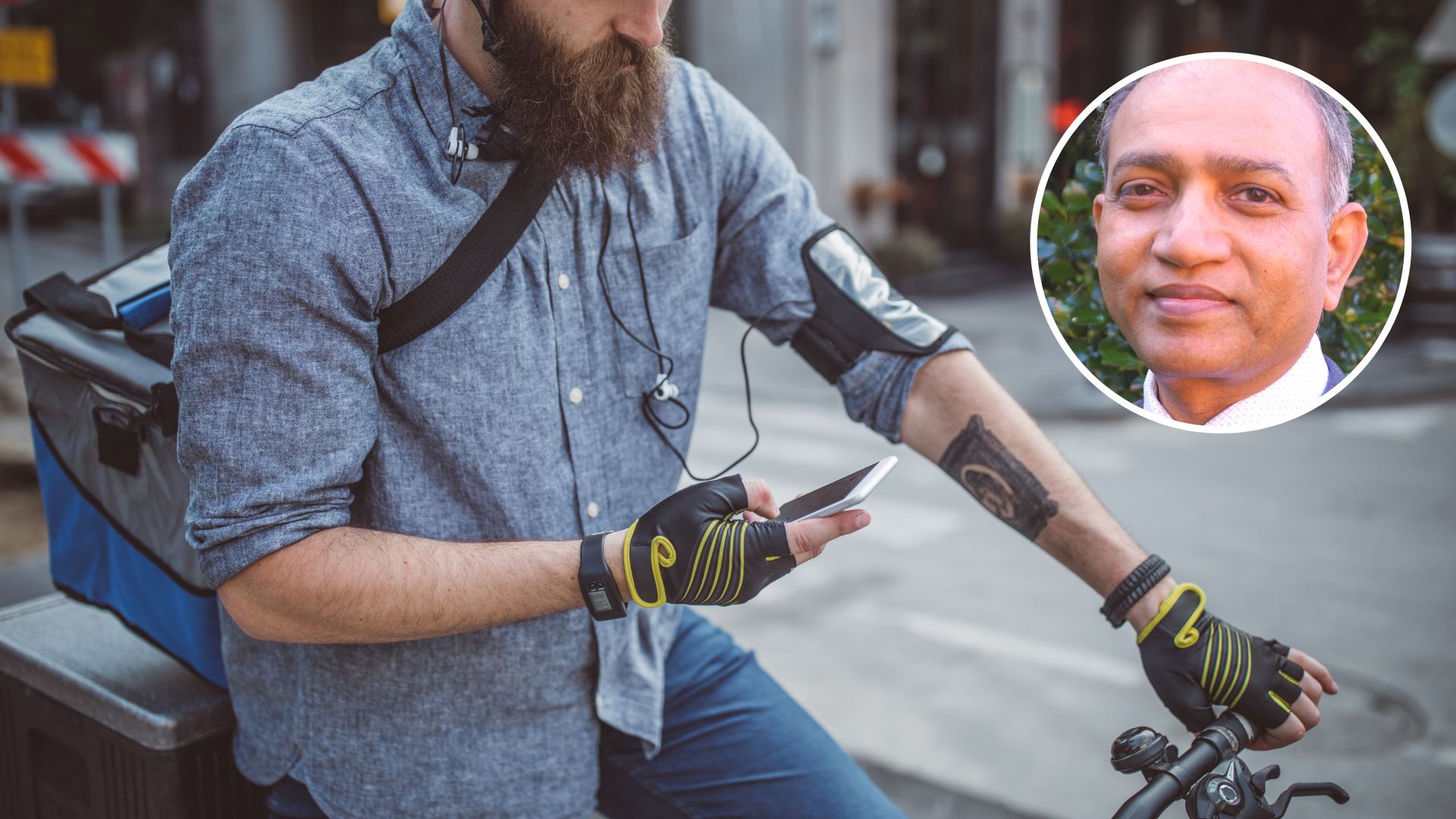 A Charles Sturt University expert says the pursuit of social justice and formal employment is a necessary and worthy objective of United Nations ‘World Day of Social Justice’ on Sunday 20 February.

But the core of the social justice issue is the sheer dominance of the five corporate tech giants and the concentration of wealth and information (data) in a few hands.

By Professor in Social Work Manohar Pawar (pictured, inset) in the Charles Sturt School of Social Work and Arts.

This year, to observe the United Nations World Day of Social Justice on Sunday 20 February, the UN International Labour Organisation has chosen the theme of achieving social justice through ‘formal employment’.

The emphasis is on ‘formal’, and is important, because more than two billion employed people are in the ‘informal’ sector, without job security and safe working conditions.

The COVID-19 pandemic has exacerbated this situation, as some of those who have lost formal jobs may not return to them.

The use of electronic database systems for proper identification of employment and wider access to information and communication technologies (ICTs) and e-commerce may help increase formal employment of some people.

Although these digital technologies may facilitate formal employment and social justice in some respects, they can also potentially cause social injustice issues that need to be addressed and, where possible, prevented.

It is paradoxical that while this year’s World Day of Social Justice is dedicated to thinking and acting to provide formal employment to informal workers, the Economist’s (2022) analysis showed that America’s five corporate tech giants - Alphabet (Google), Amazon, Apple, Meta (Facebook) and Microsoft - have cast further supersized ambitions by investing $280 billion in the last year, which is equivalent to 9 per cent of American business investment.

Can they provide formal employment to all informal workers? As raised later, some of them have moved from formal employees to contract workers and some are expecting increased unemployment due to artificial intelligence and automation technologies.

The core of the social justice issue is the sheer dominance of the five tech giants and concentration of wealth and information (data) in a few hands, and the classical debate about regulation versus innovation has re-emerged.

The social justice issue is whether and how much to regulate these mega corporations to prevent monopoly or keep them free to fly as much as they want, to continue their innovations and applications.

Their promise that innovations they achieve and wealth they create gets used and redistributed, and everyone will be better-off, has not happened so far.

It is not certain whether they can help informal workers to gain formal employment, but what seems certain is that there will not be work for workers in some sectors, which is a real social justice issue.

The tech giants seem to be living in a fast-changing digital technological kaleidoscopic world, where tomorrow is yesterday. No one knows what is coming next.

If they do not invest and innovate, their place may be taken by another firm in the cutthroat competitive world. It appears everyone wants to remain on the top. Do they think about formal employment, social justice, human welfare and wellbeing?

The fourth industrial revolution, led by the digital and communication technologies, has both good and bad consequences for the social justice agenda.

It is helping to achieve globalisation and a global village in terms of fast information and communication to those who have access to appropriate digital devices.

The fourth industrial revolution has helped improve governance systems, efficiency and effectiveness, transparency, and accountability. In addition to enhancing current businesses, it has led to start-ups and new businesses and thereby created innovations and employment opportunities. It has improved delivery of goods and services to people.

Even during the disaster times, such as the COVID-19 pandemic, it has helped businesses in some sectors to continue as usual.

In many aspects – social, economic, political, cultural, education, health and environmental – it’s arguable that the tech revolution has contributed to social justice. It would be unthinkable to achieve all these outcomes in such a short time without digital technology.

These advancements and developments, and consequent contributions to social justice notwithstanding, the fourth industrial revolution has failed to reach out to nearly half of the world, including the informal employment sector.

This is dubbed as the ‘digital divide’, and ‘digital exclusion’, which is a concerning and critical social justice issue for the visionaries of an egalitarian global village.

Compared to men, women have less access to smartphones and the internet.

A digitally divided world is creating socio-economic exclusion of some people and countries, and thereby increasing inequalities.

Aside from moral, ethical and legal issues, some of those who have access and use the digital technology/platforms are abused and exploited, leaving them vulnerable. This may be due to inappropriate use, new working arrangements and a lack of adequate and appropriate laws.

The digital communication technology has become an important means to emotional and financial abuse, bullying, isolation, excessive use, and hate, often severely impacting the victims, who may require innovative approaches to work with them.

Some of those who have been working in the digital economy sectors through corporations such as Amazon, Uber and similar companies, do not have safe working conditions and employment security, and there are no suitable laws to protect them.

Similarly, the number of people working from home has increased without safe-work conditions. It is important to consider helping and supporting this vulnerable group.

As working in the digital sector requires certain levels of knowledge and skills, some of those who lose employment and may not be able to upskill and catch-up and may remain unemployed. It is critical to devise ways of enabling and empowering them.

Anticipating technology replacing labour in some sectors, the idea of a Universal Basic Income (UBI) has been floated and experimented in some countries, such as Norway, and a few states in the USA. Whether it is going to address some aspects of social justice issues and create others is not clear at this stage.

Overall, the fourth industrial revolution provides new opportunities and challenges to achieving social justice in innovative ways, and faster than ever before.

Clear strategies and unselfishly dedicated aid and investments are needed to further digitise the global village to facilitate formal employment.

Rather than dividing the world to meet myopic political power ends and hegemony, we should have and use the collective political will to serve the whole of humanity as one, the digital global village.