Strategic avoidance trumps ‘fake eyes’: how to safeguard yourself from swooping magpies 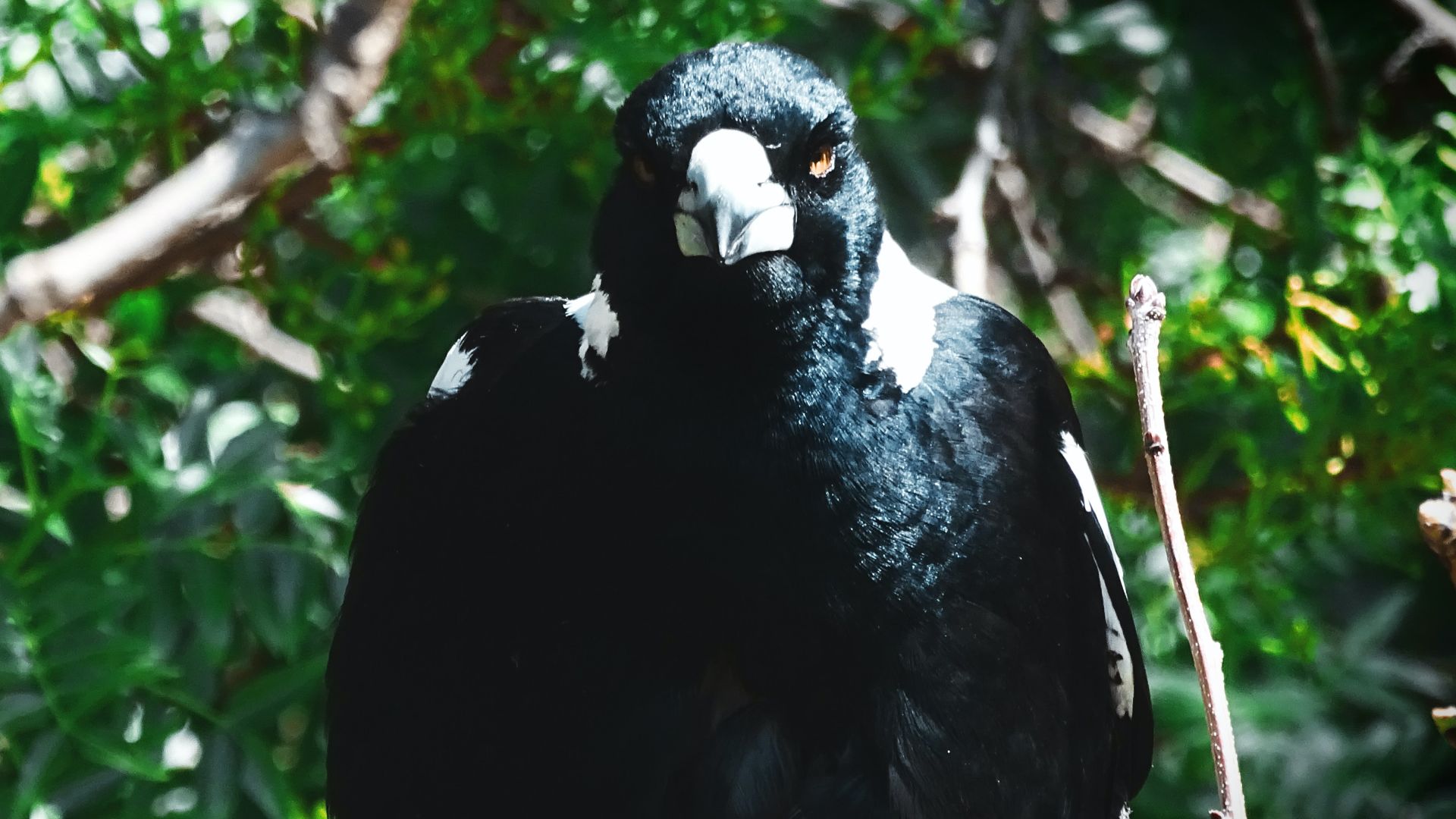 In many pockets of Australia, the onset of spring is renowned as the start of magpie swooping season. A Charles Sturt expert explains why the birds behave in this territorial and seemingly aggressive manner, and the best strategies to avoid attacks.

Written by Charles Sturt University Lecturer in Ornithology in the School of Environmental Sciences and researcher at the Institute for Land, Water and Society, Dr Melanie Massaro.

As renowned for it as they are, the act of swooping – or also referred to mobbing behaviour – is not unique to Australian magpies. Many birds, including terns, gulls, skuas and lapwings defend their nests and offspring by mobbing predators.

It is likely that swooping behaviour in magpies evolved originally to defend their offspring from other predatory birds, such as currawongs or raptors, and tree-climbing reptiles and mammals. But nowadays, in areas where magpies and humans share spaces, some magpies swoop people.

Magpies defend territories all-year round, but they will only swoop humans when they are nesting. And, believe it or not, it is not their intention to hurt people; they simply want to encourage you – using their magpie style – to move further away from their nest.

A previous study found that only males swoop humans and they are most protective when they have big chicks in the nest. Another study tested whether males that swoop have higher testosterone levels than those that do not, but the researchers did not find any differences in behaviour.

Australian magpies can live up to 25 years, so if you encounter a swooping male during one breeding season, it is likely that he will still occupy the same territory the following year. If he again has chicks he wishes to defend, he will swoop you again.

It’s one thing to know why magpies exhibit this behaviour, and another altogether to counteract it. So what are the best strategies to avoid being swooped? The most simple and obvious tactic is to avoid the magpie’s territory during the breeding season.

If that is not possible, it is advisable to where a hat or helmet (bike riders) for protection from swooping. If you find yourself under attack, raise your arm over your head to protect your head and move as quickly as possible out of their territory. A magpie will stop swooping when you are out of its territory.

Magpies are very aware of people’s eyes, and therefore they often attack from behind. A study conducted on masked lapwings found that fake eyes on the back of hats protected pedestrians from swooping attacks, but this little trick didn’t work for cyclists.

As a public safety act, councils that become aware of swooping magpies should put signs up to warn pedestrians and cyclists.

For more information or to arrange interviews with Dr Melanie Massaro please contact Charles Sturt Media’s Dave Neil on 0407 332 718 or at news@csu.edu.au