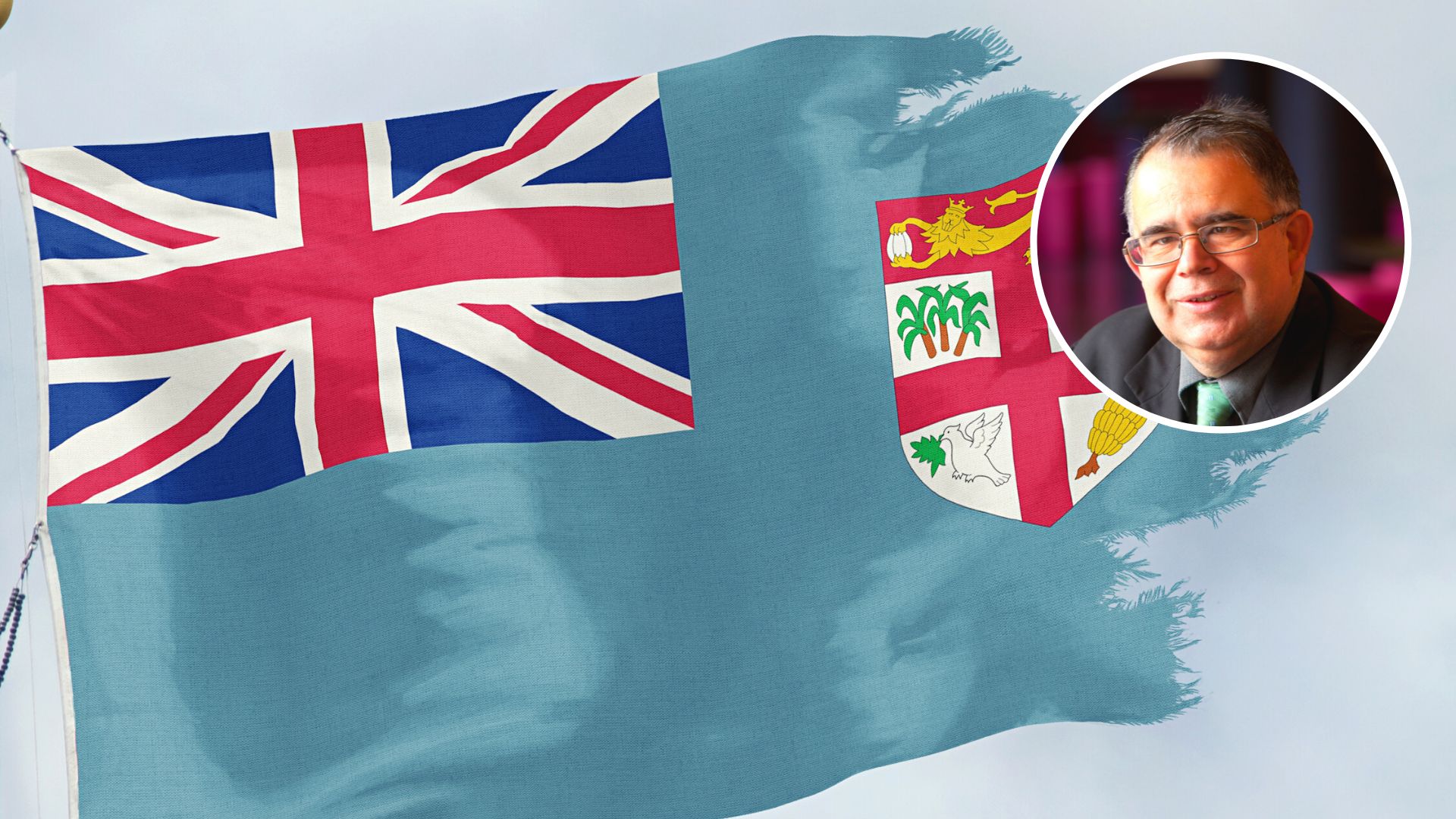 Professor Domonic O’Sullivan explains that Fiji’s fragile political environment is being overshadowed by the country’s COVID-19 crisis, ironically it is their damaged democratic process which provides the only pathway out of the health emergency.

The arrest of nine Fijian opposition politicians, including party leaders and two former prime ministers, once again exposes Fijian democracy’s fragility. The intimidation doesn’t bode well for the parliamentary elections due next year (or early 2023).

The political crisis has been overshadowed by Fiji’s COVID-19 crisis, which has seen more than 25,000 infections and more than 100 deaths since April. Prime Minister Frank Bainimarama even used a COVID-19 analogy when he called those arrested “super-spreaders of lies”.

While no charges have been laid, the nine are accused of inciting unrest by opposing a government bill to change the management of iTaukei (indigenous) land rights.

The original iTaukei Land Trust Act 1940 allows for long-term land leases to private interests. The idea is to maximise the economic return on land, while protecting it against permanent alienation.

The act aims to protect indigenous interests by prohibiting the sub-lease or raising of mortgages on leased land without the consent of the iTaukei Land Trust Board.

The proposed amendment would remove the requirement to obtain the board’s consent and prevent landowners going to court to dispute land use.

Bainimarama, who also chairs the board, says the bill’s purpose is to remove bureaucratic obstacles to minor activities such as arranging electricity or water supply. He says the board takes too long to provide consent and this is a constraint on economic development.

But critics of the bill, including some of those arrested, argue it will weaken iTaukei land rights. Opposition MP Lynda Tabuya was accused of a “malicious act” after she posted a “Say no to iTaukei Land Trust Bill” cover picture on Facebook last week.

In a separate post, demonstrating the low threshold for “malice” in modern Fiji, she asked:

What protection is left for landowners? This is absolutely illegal and a breach of human rights of landowners. This is not a race issue, this is a human rights issue and breaches Section 29 of the Fijian Constitution.

Tabuya is not alone. The National Federation Party has said the government has not properly consulted on the bill, and party leader Biman Prasad was among those arrested, along with former prime ministers Mahendra Chaudhry and Sitivini Rabuka.

Media coverage, too, has felt the effects of the arrests. For example, the Fiji Sun’s one story on the issue in its Wednesday 28 July edition cited only supporters of the bill and offered no insight into why it was controversial.

This isn’t surprising, given Fijian journalism operates under a constitutional provision limiting its rights and freedoms “in the interests of national security, public safety, public order, public morality, public health or the orderly conduct of elections”.

The Fiji Times took a risk last week by publishing an opinion column arguing poor drafting and failure to consult meant the bill goes further than its purported aims of administrative simplicity and efficiency.

Beyond the legal complexities of the land bill, however, the real problem is political. As the article asks, “What’s the issue?”.

As I discuss in my book Indigeneity: a politics of potential — Australia, Fiji and New Zealand, the issue is that Fiji is a fragile, reluctant and conditional democracy.

Coups in 1987 and 2006, and a putsch in 2000, happened because democracy failed to provide the perpetrators with the “right” answers to complex political questions at the intersection of class, military power and personal interest.

The rights of indigenous Fijians were always a side issue, as the present conflict shows.

The 2013 constitution established that “it shall be the overall responsibility of the Republic of Fiji Military Forces to ensure at all times the security, defence and wellbeing of Fiji and all Fijians”.

Military oversight of the workings of government is intentional and explicit. When Bainimarama (then head of the military forces) led the 2006 coup, he was dismissive of accusations of political interference. If the military didn’t act against the government, he said, “this country is going to go to the dogs”.

He also claimed then-prime minister Laisenia Qarase was trying to weaken the army by attempting to remove him: “If he succeeds there will be no one to monitor them, and imagine how corrupt it is going to be.”

No room to move

Intimidation is political strategy in Fiji. The proposed amendments to the iTaukei Land Trust Act are not what is at stake — a functioning parliamentary process could identify and resolve any substantive disagreements.

The bigger issue is that autocratic leadership, and the national constitution itself, leave little room for Fijian citizens to work out for themselves the kind of society they want.

This article was originally published by The Conversation on Thursday 29 July.