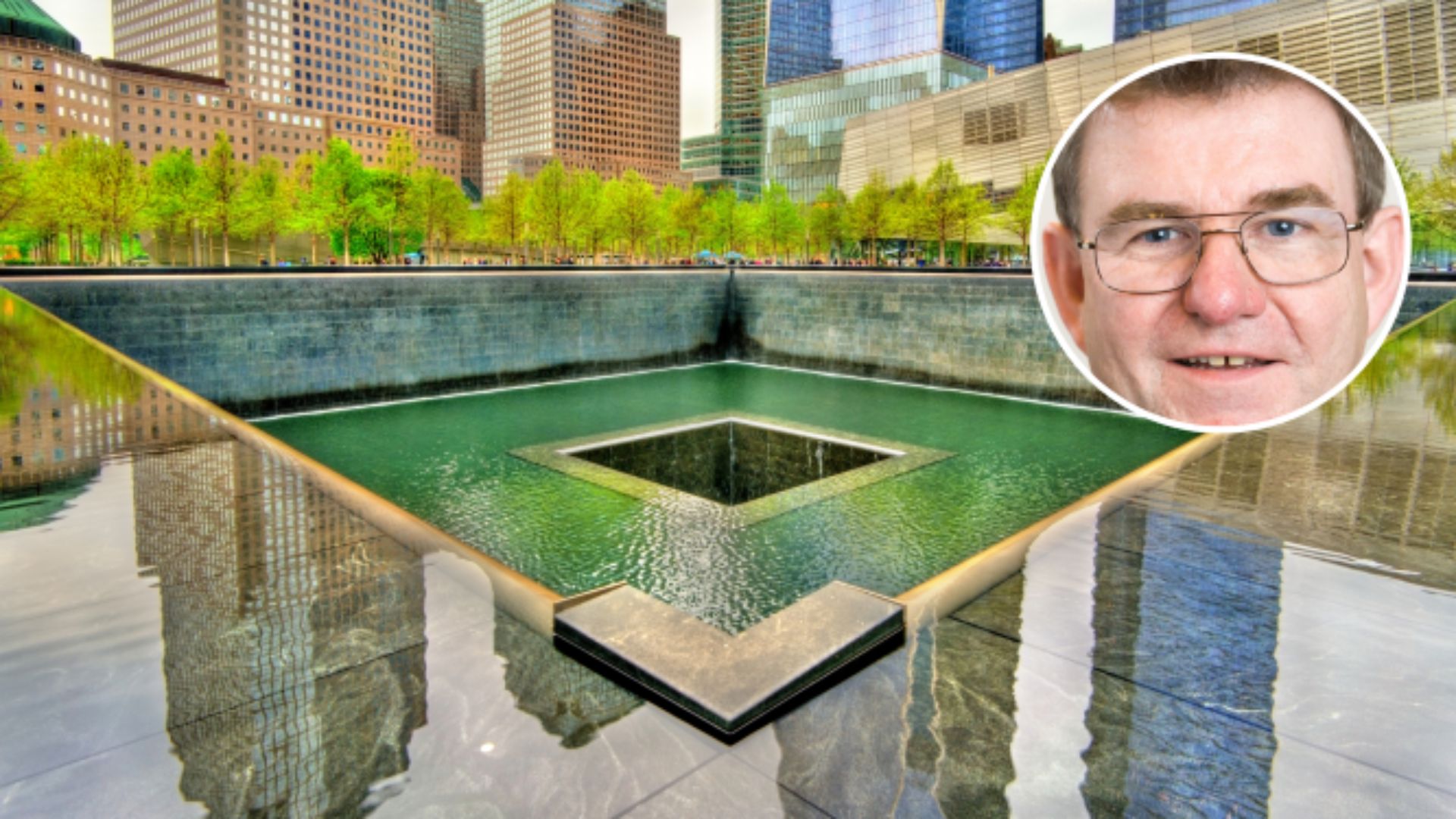 A Charles Sturt University policing and security expert reflects on the ‘9/11’ terror attacks in the United States, a single event which suddenly and dramatically changed world history, and which no one saw coming.

On the afternoon of Tuesday 11 September 2001, I was with a colleague in the office of a senior officer at New Scotland Yard, London.

I was in charge of international counterterrorism operations and intelligence in Special Branch at ‘the Yard’ and had been involved in counterterrorism for the majority of my police career.

Without warning the door opened and an excited but shocked voice said, ‘Turn on the television, the USA is being attacked’.

And so the events of the day unfolded before the eyes of the world – a terrorist attack undreamt of in terms of its ferocity, audacity, death toll and ingenuity.

It was an attack that, if it was the plot of a novel or a Hollywood film, would have been criticised as being unbelievable ─ a single event which changed world history dramatically and suddenly, led to the invasion of two countries and the deaths of further thousands of people.

And no one saw it coming.

Not the US, the most powerful country in the world with the best equipped and best funded intelligence services, nor any of its allies.

Over the coming years, the story of what occurred was pieced together and culminated in the publication of the ‘9/11 Commission Report’, numerous books, and learned and not-so-learned articles.

And the world rallied around the USA, shocked and appalled at the attack.

NATO declared that the attack on the USA was an attack on all NATO countries under Article 5 of its charter.

In many countries, including Australia, new counterterrorism laws were enacted to give authorities more power to combat terrorist groups.

It would be fair to say that some of the legislation, especially in the USA, would have been unthinkable prior to 9/11 due to its impact on human rights.

Apart from detention without trial at Guantanamo Bay and allegedly other sites in the Middle East, there arose the issue of torture.

If you’d have asked me at midday on Tuesday September 11 2001 whether it was conceivable that the USA would ever torture prisoners, I would have answered with an emphatic ‘no’. But they did, calling it instead ‘enhanced interrogation’.

And a religion was demonised and its adherents vilified and subjected to discrimination and attacks.

Such was the ignorance/fear/misunderstanding around this religion that people of other religions were attacked for wearing a turban.

The world became less tolerant and more fearful of a religion despite the vast majority of its followers considering the 9/11 attacks to be an horrific, unjustifiable and unforgiveable act.

Afghanistan was attacked by allied forces less than a month later and in March 2003 Iraq was also invaded.

The invasion of Afghanistan was always going to happen after 9/11. No one could have stopped it.

The 9/11 attacks were planned and executed by Al Qaeda, a terrorist group operating from Afghanistan with relative freedom and the apparent backing of the Taliban led by Mullah Omar.

The invasion of Iraq, however, was different. That was not a certainty, and the intelligence case which justified the invasion appeared to have been at best weak and at worst non-existent.

Despite being 18 months after the 9/11 attacks, it appeared that there was no ‘exit plan’ for Iraq, and worse, no one had considered how society was going to continue in the immediate aftermath of the invasion.

This lack of forethought led to chaos and, some say, the birth of the Islamic State (IS/ISIL/ISIS).

Let’s fast forward to today. Are we more secure? Where do the threats to Australia come from, and what is going to happen following the withdrawal from Afghanistan?

The question about our security is a difficult one to answer as we do not know what would have happened if the 9/11 attacks and the subsequent world response had not occurred.

I would say that we are safer. We have joint counterterrorism teams established across the country, ASIO and the police work together, and the 9/11 attacks led to a strengthening of international cooperation which is necessary to combat a global threat.

We understand more about what radicalises people to the extent that they want to kill, although no one has come up with a solution to prevent such radicalisation.

While the threat to Australia and Australians still comes from the same misguided religious ideology that spawned the 9/11 attacks, we are also facing a threat from the extreme right.

Let’s not forget that the perpetrator of the Christchurch mosque attacks in 2019, who killed 51 people, was an Australian.

In 2020, ASIO publicly stated that the threat of extreme right-wing terrorism was ‘real and growing’ and constituted between 30 to 40 per cent of its workload.

As for Afghanistan? It’s a mess, and that’s being polite.

One thing is certain, women will lose their rights as equal human beings to men, they will be subjugated and married to much older men at an age that would be illegal in our society. They will lose the chance to be educated and have fulfilling careers. They will largely be confined to keeping a home and bringing up children. And that is appalling.

There will be no appetite to re-invade Afghanistan unless there is extreme provocation. At last the lessons of history have been learnt. The British tried and failed, the Russians tried and failed, and now so has a coalition of US-led forces that were there for almost 20 years.

And despite all the money spent on the country and the training provided to its armed forces, the Taliban were able to walk into Kabul before the allies had departed with scarcely a shot being fired in anger.

Who would have thought in October 2001, that 20 years later and with too many lives lost, that the end of the invasion would be chaotic and farcical, filled with scenes of desperation and human misery as people tried and still try to flee a despotic regime? Not me.