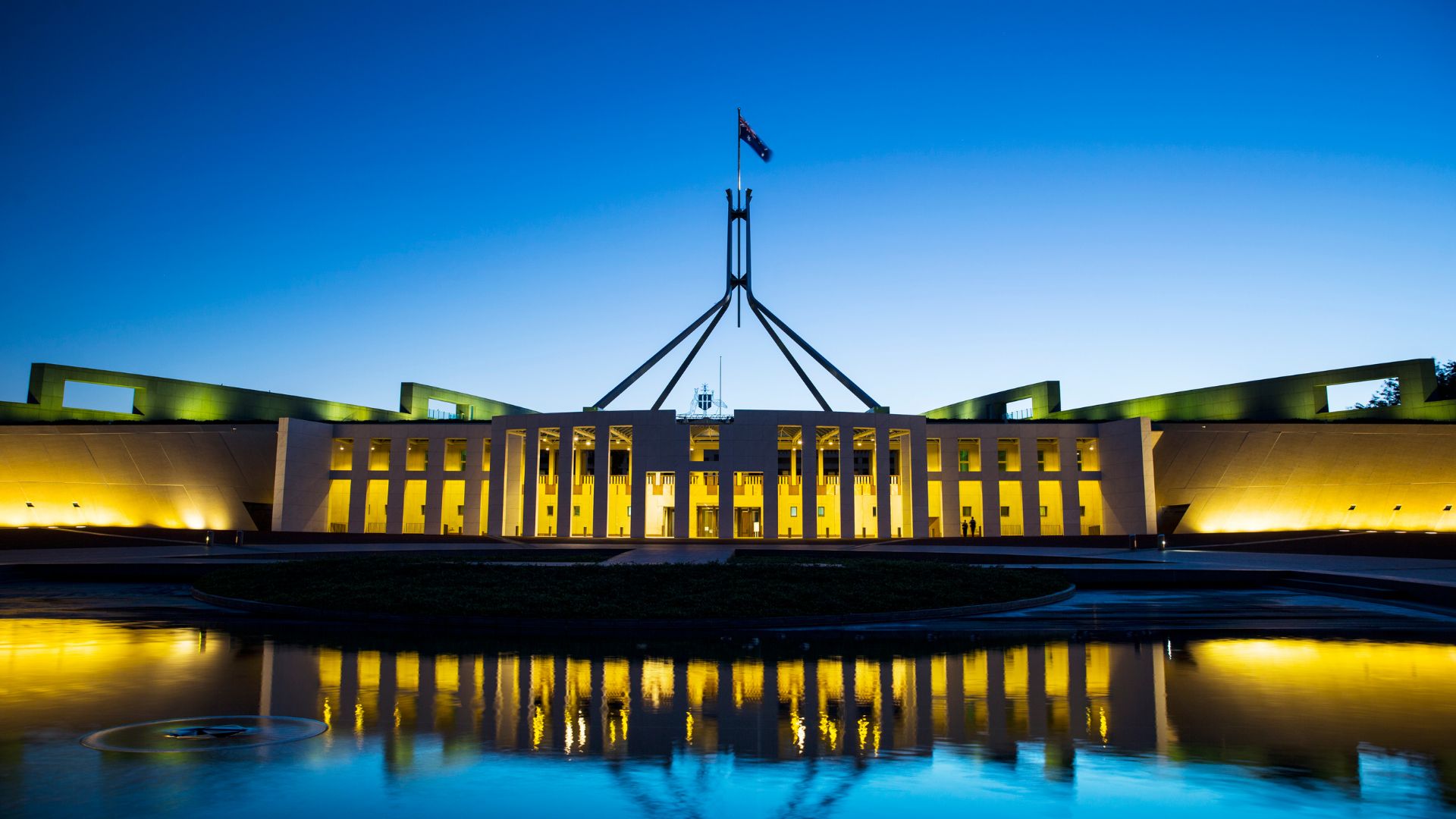 Three leading Charles Sturt University academics comment on the controversial Religious Discrimination Bill and amendments to associated legislation in the House of Representatives.

The Bill is an expression of the Liberal-National Coalition’s 2019 election promise to legislate during the current term, before an election is called by May 2022. The Bill passed with significant amendments and the clause regarding transgender children was defeated.

The Australian Labor Party indicated its intention to try to further amend the Bill in the Senate. It seems likely that these amendments would have passed, and the Government has decided to delay the debate in the Senate and not consider it today as was scheduled.

Professor in Political Science Dominic O’Sullivan in the Charles Sturt School of Social Work and Arts:

As Parliament entered its final sitting weeks before the election, the Government decided that there was not time for the anti-corruption legislation that has widespread public support, but that there was time for the Religious Discrimination Bill which is highly contentious and which was an election promise that the Prime Minister says makes it a matter of priority.

Religious freedom is a fundamental human right and uncontested in most liberal democracies. What makes this Bill different and contentious is that it goes much further than outlawing discrimination on the grounds of religious belief.

The Commonwealth Constitution and various Commonwealth and state laws protect religious freedom, and one of the functions of the Australian Human Rights Commission is to protect and promote ‘freedom of thought, conscience and religion’.

There were two points of particular controversy.

Firstly, it provided religious people and organisations with a defence against breaches of the Act if they are making a ‘statement of faith’ and as long as they don’t ‘threaten, intimidate, harass or vilify a person or group’.

This means that people could be able to use religious belief as a reason to cause offence to others in ways that are not allowed on the basis of a non-religious belief. It’s not clear why this is a necessary or desirable right.

The second point of controversy was the defeated clause which would have allowed religious schools to expel a transgender student purely on the grounds of their transgender status. Catholic schools have said that this is not a power that they need or want.

For the Government, losing this part of the argument seriously compromised the Bill, with Minister Amanda Stoker saying "It's not what the government designed… It's not what we thought had got the balance right."

The ALP had said that it would also seek changes to the Bill including to make sure that the statement of faith could not be used to justify members of one religious group vilifying members of another.

However, as the Prime Minster has said, the Bill was an election commitment and he wanted the Government to keep that commitment.

The Religious Discrimination Bill will recreate a divide that only recently has been unified. That unification (pun intended) was the vote for marriage equality in 2017 which delivered basic social justice and human rights for all.

This Bill, as presented, provided a platform to discriminate against members of communities based on religious belief. This has major implications for not only individuals who identify differently to others in the community, for example LGBTIQA+, but also parents, women and others, regardless of their contribution to society, due to their identities or their non-conforming to religious views.

This is a difficult concept to get one’s head around considering many religious organisations and churches openly welcome everyone regardless of their beliefs and affiliations.

Yet this Bill would enable religious organisations, if they choose, to openly discriminate, stigmatise and create an environment or culture of hate towards others.

So how is it that this Bill, which is being driven by a minority, had the right to discriminate over others?

An example of such discrimination; I was having a conversation with a colleague last week whose partner was held in extremely high regard in their place of employment. The organisation knew about their same-sex partner and given their professional quality, was being re-contracted for a further extended period of time. In the sake of transparency and in order to plan for appropriate leave, this individual mentioned the intention to be engaged and married. This resulted in the new contract being torn up and the individual seeking alternative employment in the state school system.

Is this fair? We are taught as children about acceptance and tolerance, to hear and listen to other views and opinions, and acknowledge that these may be different to ours but that is OK as long as we don’t harm or discriminate against others.

This Bill did just that; it provided the choice to openly discriminate backed by a change of legislation.

As a free society ─ a democratic society ─ how is it that the separation of powers between state (government) and religion is not valid here?

It is the role of government to protect those that are vulnerable, to educate to remove harmful practice, policy and mandates.

Everyone has a right to free speech, religious freedom and opinions, but they also have a right to feel safe and valued, and most importantly, not discriminated against.

This was not the case in the intent of this legislation.

Many individuals have many aspects to their identity; this is called intersectionality, and is where we look at the whole individual not the different labels. For example, many LGBTIAQ+ individuals practice their faith and contribute much to society.

This Bill appeared to look at the label of difference of identity but is based on no other premise, not the individual or human and their skills, talents and contributions.

Even though the Bill has passed with amendment in the lower House and offers some more protection to students than what was previously put forward, it still has the impact to deliver trauma and intergenerational trauma on children, their families and friends.

Ultimately, I ask the question; what would happen if individuals wanted to legally discriminate against religious freedom? Would that Bill get the same airtime? I suggest not.

Religious Discrimination Bill passed by the Australian Parliament last night have led to confusion over the intent of the bill.

Is it there to provide greater protection against discrimination on religious grounds, or is it to loosen the protections that already exist?

This confusion alone is a sign that the Government did not get it right with this Bill and it stands far from improving liberal rights and social cohesion in Australia.

Among other vulnerable groups, Muslims will be adversely impacted by the ‘statement of belief’ exception proposed in the Bill. This clause allows one religious group to discriminate against the other provided they ‘do not threaten, harass and vilify’ someone.

Two reports (July 2017 and March 2021) on Islamophobia in Australia published by the Charles Sturt Centre for Islamic Studies and Civilisation have shown that there is rampant threatening, harassing and vilifying of Muslims in public and online spaces.

The 2019 attack on the mosque in Christchurch, New Zealand, which killed 51 Muslims has shown these are not empty threats. Such language serves to radicalise some individuals sufficiently to cause a major act of violence.

The expectation from any Religious Discrimination Bill is to minimise discrimination, not to give it a legal garb with the argument of freedom of speech.

Religious groups and individuals have ample freedom to promote their religious ideas and beliefs. They do not need protection to cover their insatiable urge to grossly misrepresent the beliefs and people of other religions. This is one of the root causes of religious discrimination.

The Religious Discrimination Bill falls short in protecting vulnerable groups, such as Muslims, and does disservice to true freedom of speech and improvement of our liberal rights.

We need a culture of dialogue and understanding in Australia, not one that divides people further.

To arrange interviews with contact Bruce Andrews at Charles Sturt Media on mobile 0418 669 362 or news@csu.edu.au

Professor Dominic O’Sullivan is based in Canberra.

Associate Professor Cate Thomas is based in Wagga Wagga.

Associate Professor Mehmet Ozalp is based in Sydney.