Gluten-free. Two words that have become common on menu boards around the country and Charles Sturt University (CSU) research has shone new light why some people choose these foods.

Gluten-free. Two words that have become common on menu boards around the country and Charles Sturt University (CSU) research has shone new light why some people choose these foods. 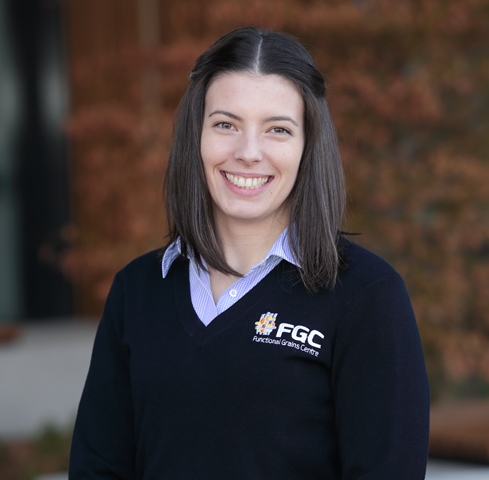 “The popularity of gluten-free diets has gained traction over the last decade, to a point where up to 20 per cent of the population is estimated to be engaged in gluten avoidance behaviours,” Ms Hester said. “This far exceeds the estimated prevalence of gluten-related disorders, such as coeliac disease, suggesting that people are choosing to go gluten-free for a range of reasons which may not be medical in nature.”

Ms Hester’s research involved an online study which weighted its demographic data against information held by the Australian Bureau of Statistics (ABS) in order to gain an accurate representation of gluten avoidance within the population.

“The research indicates that gluten avoidance rates have plateaued,” Ms Hester said. “The implication for the industry is that, while gluten-free products remain a vital niche market for suffers of coeliac disease, products containing gluten will continue to be used well into the future by healthy consumers.”

The online survey was followed up with an indepth study of non-coeliac gluten avoiders to measure the frequency of avoidance behaviours, participants’ perceptions, determinants of food choice, interpersonal experiences relating to their diets and a wide range of psychological variables, including personality traits.

“The results suggest that non-coeliac gluten avoiders don’t just steer away from gluten but also avoid other food types, such as dairy or eggs,” Ms Hester said. “They were also significantly more likely to experience frequent adverse physiological symptoms, both after the consumption of foods and on a general daily basis.”

Ms Hester hopes her research can be used to give doctors an insight into why people choose to go gluten-free.

“My research highlights that many people with coeliac aren’t satisfied by the treatment response they get from doctors, leading them to look for solutions online or via experimental diets.

“I hope my research provides insight for doctors, so that they may improve their interactions with this population, helping to reduce the risk of adopting a self-managed diet without proper investigation of their symptoms.” Ms Hester said.

Ms Hester’s research is supervised by Professor Anthony Saliba from CSU’s School of Psychology and Dr Erica McIntyre from the University of Technology Sydney.

Professor Saliba said most research has focused on wheat avoidance but that only tells part of the story.

“Gluten avoidance is characterised by a complex interaction between bodily symptoms and the psychology of individuals. At present, there is a gap in medical care for individuals who present with gastrointestinal symptoms that they feel relate to gluten consumption. This research tells us a lot about those people,” Professor Saliba said.

Ms Hester was awarded a scholarship by FGC. Funded by the Australian Government through the ARC’s Industrial Transformation Training Centres scheme, the FGC is administered by CSU and is an initiative of the Graham Centre for Agricultural Innovation.

The research has been approved by CSU’s Ethics Committee.

The Graham Centre is a research alliance between CSU and the NSW Department of Primary Industries (DPI).