As the consumer watchdog prepares to investigate the dairy sector, a CSU academic has highlighted the need for good business management skills in the industry.

As the consumer watchdog prepares to investigate the dairy sector, a Charles Sturt University (CSU) academic has highlighted the need for good business management skills in the industry. 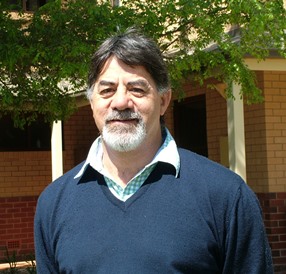 Head of CSU's School of Agricultural and Wine Sciences in Wagga Wagga, Professor David Falepau, has welcomed the move by the Australian Competition and Consumer Commission to undertake a new, broader inquiry into the industry from November.

In the meantime, Professor Falepau, who specialises in agricultural business management and agri-food and fibre value chains, says good business management skills will be absolutely crucial for dairy farmers dealing with the fall-out from cuts to the farm-gate milk price.

He's identified two key questions for dairy farmers and processors to consider as they work their way out of the current situation.

"The first is for dairy farmers, do they fully understand the difference between production risk and market risk and know how their business may be exposed to either or both of these?

"It appears that many dairy farmers, by the nature of their supply contracts with processors had exposed themselves to the full extent of both the production and market volatility, without a clear understanding of the upside and downside consequences to their financial position that exposure might present," Professor Falepau said.

"The second question is probably as much for the processors to consider as the farmers. Were the risks inherent in the various supply contracts being used between farmers and processors fully and sufficiently disclosed?

"Perhaps also along these lines, were the processing companies' market demand and price forecasts responsible and associated volatilities sufficiently disclosed to their contracted suppliers?"

In regard to the claw-back of money paid by processors to farmers Professor Falepau said, "Having a system by which primary producers have the opportunity to be rewarded commensurate with the market is okay. One assumes that if the market had paid more than the processors had predicted, that would have been passed back to the farmers too.

"It appears that the Murray Goulburn and Fonterra procurement systems are based on this assumption," he said.

"I do believe further investigation is warranted into whether Murray Goulburn or Fonterra acted responsibly and disclosed fully the risk exposure to their dairy farmer suppliers."

Professor Falepau said the issues now facing dairy farmers are a very clear reminder that the sector is based on free market principles; that is without market regulation.

"My personal observation is that many dairy farmers traditionally focus their thinking very much on production and less on their business structure including marketing," Professor Falepau said.

"This is understandable as many dairy farms are still small to medium businesses, family owned and operated.

"One or two people are doing everything; acting as chief executive officer, chief financial officer, HR manager, general manager, marketing and sales, chief operating officer and everything else in between.

"The downside of this is that many dairy farmers perhaps weren't aware of alternative channels to market, or the risks they were exposing themselves to with the contracts put forward by Murray Goulburn and Fonterra.

"I have talked to some exceptions to that who did understand the risks associated with the Murray Goulburn and Fonterra supply arrangements and chose not to take them on. For example; one farmer took the position to supply three different dairy processors, each with a quite different supply contract.

"They did struggle a little when many of their dairy farmer colleagues were getting paid higher milk prices.  But now they are in a position to grow their businesses if opportunities from the current situation present themselves."

Professor Falepau is discipline leader of the agricultural business management program at CSU.

Professor Falepau is based at CSU's School of Agricultural and Wine Sciences in Wagga Wagga. Contact CSU Media for interviews.