CSU research has found a tapeworm which can cause significant human and animal health problems in Tasmania.

Charles Sturt University (CSU) research has found a tapeworm which can cause significant human and animal health problems in Tasmania. 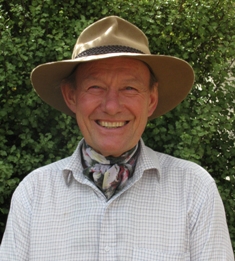 The state was thought to be free of Hydatid tapeworm but a large study by CSU researcher Dr David Jenkins has found some Tasmanian dogs and livestock infected with the parasite.

Hydatid disease in humans, livestock and wildlife is caused by a tiny tapeworm (Echinococcus granulosus) infecting dogs, dingoes and foxes. The disease can infect humans, leading to major health problems and sometimes death.

Since 2010 Dr Jenkins, a Senior Research Fellow at CSU's School of Animal and Veterinary Sciences, has tested more than 1,400 samples of dog faeces from rural and semi-rural dogs from eastern Australia.

"More than 1,100 samples of dog faeces from mainland Australia were tested and more than 300 samples from Tasmania," he said.

Tasmania was declared provisionally free of hydatid disease in dogs and sheep in 1996 following a major 30-year eradication campaign where dogs were regularly de-wormed and feeding of offal to dogs was made illegal.

But Dr Jenkins' research has found the parasite affecting a significant number of the dogs tested on the island state and also some cattle and sheep.

"Of the samples from mainland Australia we found two per cent were positive for the Hydatid tapeworm but in Tasmania we found considerably more, it was close to eight per cent affected," said Dr Jenkins. "To say that Hydatids is gone from Tasmania doesn't quite reflect the situation."

The research, Echinococcus granulosus and other intestinal helminths: current status of prevalence and management in rural dogs of eastern Australia, has been published in the Australian Veterinary Journal.

Listen to Dr Jenkins talk about his research here.