A CSU researcher has taken a fresh approach in a new study into the welfare of egg-laying hens, finding the chance of a mortality outbreak didn’t differ between hens kept in battery cages or alternative systems like barns, furnished cages or free range birds.

A Charles Sturt University (CSU) researcher has taken a fresh approach in a new study into the welfare of egg-laying hens, finding the chance of a mortality outbreak didn’t differ between hens kept in battery cages or alternative systems like barns, furnished cages or free range birds. 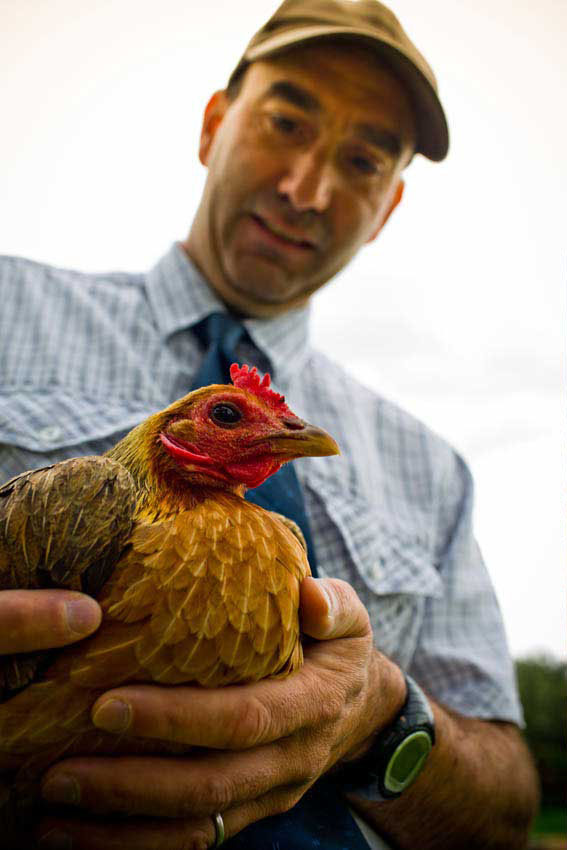 Dr Raf Freire, from the School of Animal and Veterinary Sciences at CSU,
collected information from published studies between 1974 and 2011 about the effect of conventional (battery) cages on hen’s behaviour, physical condition, physiology and production.
In a quantitative analysis, he then compared those numbers to studies for egg-laying hens in alternative systems such as furnished cages, barns and free range.
“What was most interesting in our study was that the chance of a mortality outbreak may be no greater in alternative systems than in battery cages,” Dr Freire said.
“The long held belief that hen mortality is higher in alternative systems indicates the magnitude of the problem once an outbreak occurs. This means that if we learn to manage alternative egg production systems better, we can potentially avoid unnecessary mortalities.”
The research by Dr Freire and Dr Ann Cowling, a statistician from CSU, was funded by RSPCA Australia.
Other findings by the CSU researchers include: egg production was higher in conventional cages; bones were stronger in hens kept in alternative systems; birds showed more comfort behaviour such as wing flapping, body shaping, stretching, and possibly dust-bathing in alternative systems than has been previously reported; and, surprisingly, feather and aggressive pecking did not differ between systems.
“We adopted a different way of looking at this controversial animal welfare area. We have taken the raw numbers from the studies in peer reviewed journals and quantitatively compared the two systems of keeping egg-laying hens.
“This quantitative approach reduces or removes the chance of bias or value judgements when interpreting findings, and provides a truly objective appraisal of the effect of cages on laying hen welfare.”
Dr Freire lectures in animal behaviour and welfare to animal science and veterinary science students at CSU. He is a member of the Graham Centre for Agricultural Innovation – a collaborative research alliance of CSU and NSW Department of Primary Industries.
’The welfare of laying hens in conventional cages and alternative systems: first step towards a quantitative comparison’ by Dr Freire and Dr Cowling is published in the international journal, Animal Welfare 2013, 22: 57-65.
Photo by Dean Golja from Inland Pictures.